Walker County Jane Doe' identified after 41 years, case behind who killed her is ongoing

Walker County authorities never considered the case cold. "She has always been a top priority," Sheriff McRae said. "We loved her too." 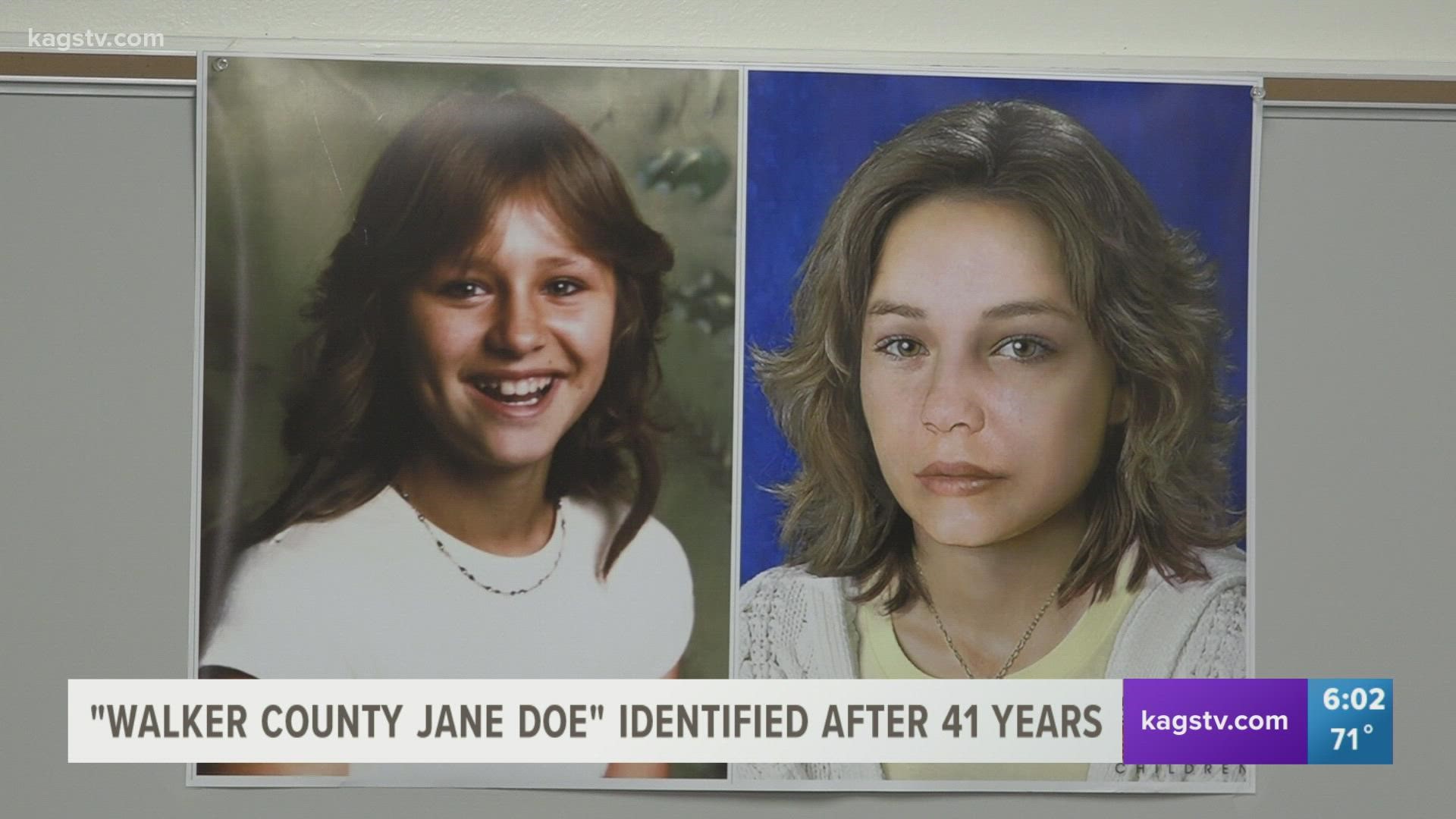 HUNTSVILLE, Texas — The Walker County Sheriff's Office has announced they have identified the victim in a 41-year-old murder case, known locally as the "Walker County Jane Doe."

Authorities said Sherri Ann Jarvis was 14 years old when she showed up at a Texas truck stop near Huntsville and asked employees for directions. The girl said she was from the Rockport area, however, authorities said she is from Stillwater, Minnesota.

Her body was found November 1, 1980 off of I-45 just outside of Huntsville. She had been strangled to death. She didn't have identification on her and her identity remained a secret for more than four decades.

According to the Walker County Sheriff's Office, investigators began looking into forensic DNA testing in an effort to identify who had become the "Walker County Jane Doe. Authorities contacted David Mittelman, who is the CEO of Othram, a company that specializes in identifying and analyzing trace quantities of degraded or contaminated forensic evidence. By the end of September in 2021, authorities had discovered Sherri's identity and at least six of her close relatives.

According to family members, Sherri had been removed from her home by the state of Minnesota due to truancy, or being absent from school. However, soon after being in the state's custody, Sherri ran away and never returned home. Not much is known how Sherri ended up outside of Texas; the records from the state of Minnesota have since been purged.

A statement from the family was read at the press conference. Surviving family members expressed appreciation for the investigators who never gave up trying to find the truth and identifying Sherri. They said her parents passed away, never knowing what happened to Sherri and they never had closure. "She was a daughter, sister, cousin and granddaughter," the statement read. "We love and miss you, Sherri. May you rest in peace."

Posted by Who Was Walker County Jane Doe? on Tuesday, November 9, 2021

The case is far from over. Now that investigators have identified Sherri, they will start working on finding the person responsible for killing her. To call this a cold case, however, isn't something Walker County authorities want done.