The names of the schools will be changed to Unity Braxton Middle School and Unity Reed High School. 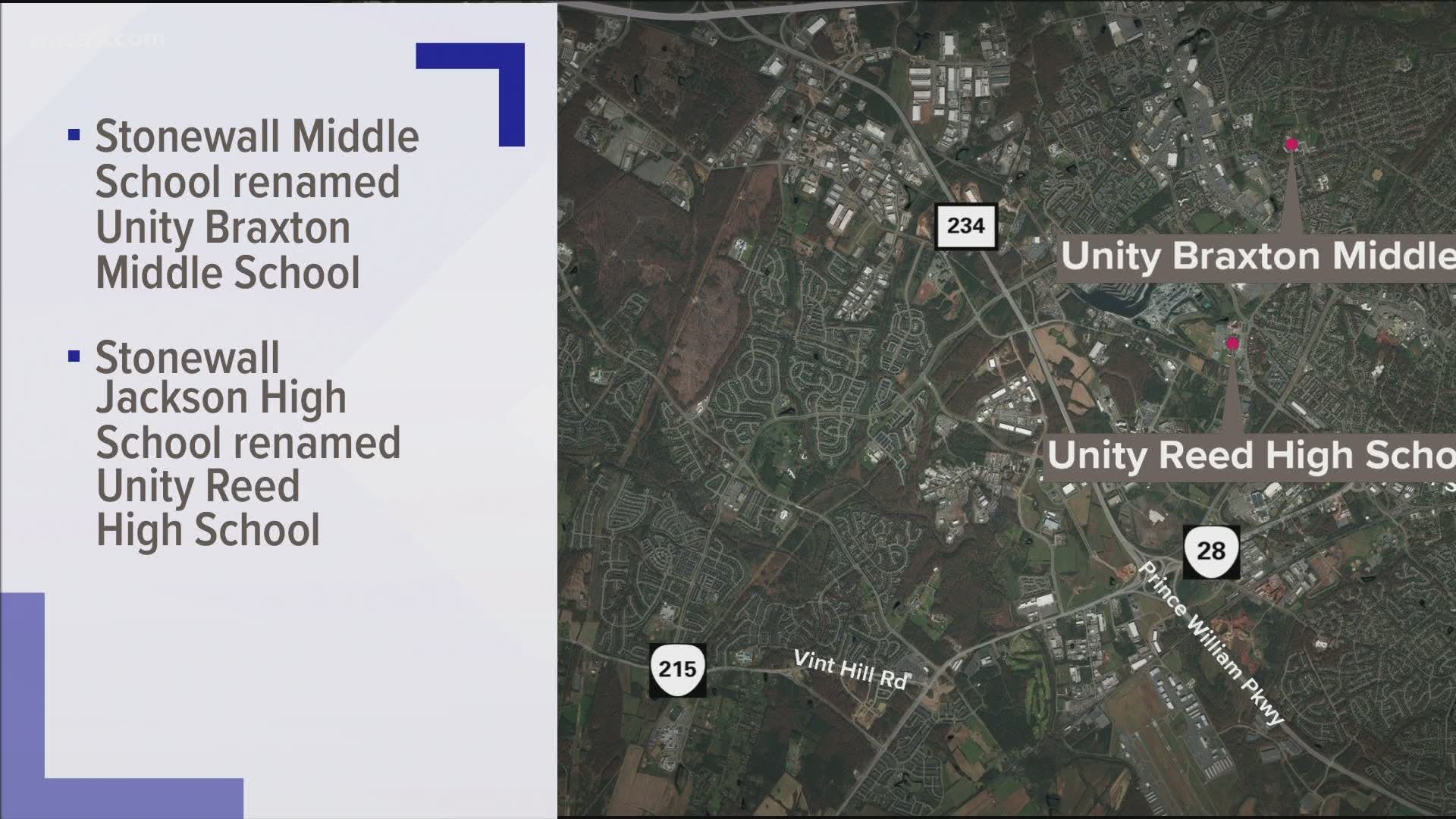 PRINCE WILLIAM COUNTY, Va. — Prince William County Public Schools will change the names of Stonewall Middle School and Stonewall Jackson High School for the upcoming academic year after a unanimous vote for both names by the district's school board on Monday.

The names of the schools will be changed to Unity Braxton Middle School and Unity Reed High School.

Unity Braxton Middle School is named after Celestine and Carroll Braxton. Carroll was one of the first African Americans to serve in the Marines, while Celestine was an educator in the county who helped lead desegregation efforts.

Unity Reed High School honors the legacy of Arthur Reed, a longtime security assistant at Stonewall Jackson High School, who was beloved by students and staff.

“Unity represents the desire we have for our students at this time," said school board member Jennifer Wall on why Unity is being used in both names for the schools.

The county school board voted to change the names of the schools earlier this year and gathered to vote and hear from others in the community about what the school names should be changed to.

The tone of the meeting highlighted that change in this county, in regards to names of Confederate generals and controversial American figures, and following the death of George Floyd, had led to this vote. But school board members did share that these ideas for change have been in the process for months and years.

The Prince William County School Board said it received 775 name change suggestions between the two schools.

The Virginia Senate recently passed a bill that would remove Lee-Jackson Day as a state holiday. The holiday honors Robert E Lee and Stonewall Jackon, and their contribution to the Confederacy during the Civil War.