"Whether they gave it on accident, whether they knew what they were donating or not, we're just very thankful to all of our donors," said Shay Dial Johnson. 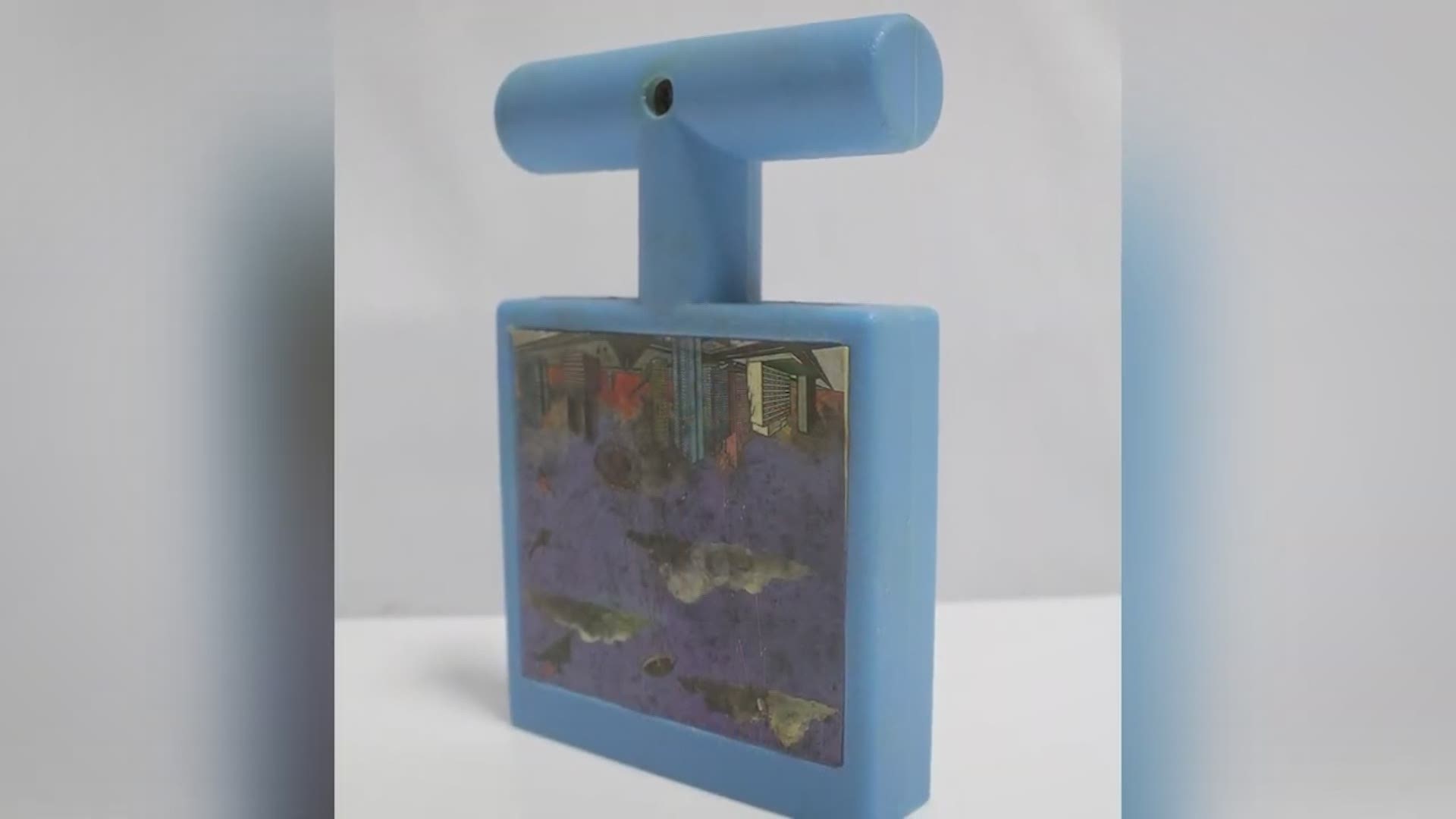 FORT WORTH, Texas — A vintage video game, whether donated on purpose or dropped off by someone who didn't fully realize its value, fetched a record price at auction and helped fund vital programs for Goodwill North Central Texas.

Alex Juarez is among the 800 employees at Goodwill NCT's Regional Headquarters and expansive sorting facility on Campus Drive in Fort Worth.

"You never know what you're going to get with this stuff," he said, while combing through golf clubs, other sports equipment, baseball cards and video games in his job as an e-commerce processor at Goodwill.

One day last month, his attention to detail and his experience as a video game aficionado came in handy.

"And it was in just a box of a bunch of other Atari games," he said of the discovery. "But I had seen the blue handle and it kind of caught my eye."

The blue handle was part of the Atari game cartridge for a vintage 1982 game called Air Raid. Researching it online Juarez discovered it was one of only 13 copies known to exist. He assumed it might be worth as much as $3,000 to a serious collector.

According to Rosemary Cruz, VP of Donated Goods/Retail, the Atari game is the highest selling single piece item they've sold at auction.

"For us $10,000 is amazing, because it's going to help a lot of people," said Shay Dial Johnson, Goodwill North Central Texas VP of Community Engagement.

At Goodwill North Central Texas, $10,000 equals habilitation services for a year for one adult with disabilities, could provide 20 homeless individuals with job placement services and community resources, or help 10 at-risk youth earn their GED and a paycheck at the same time.

"So whether they gave it on accident, whether they knew what they were donating or not, we're just very thankful to all of our donors because they help our business grow," Johnson said. "Their donations put people to work. And I'm not sure that everybody knows that."

"When you donate to Goodwill you really are assisting real life people in your own community get back to work."

In 2020 alone, Goodwill North Central Texas processed more than 52 million pounds in donations from more than 600,000 donors. Items of value from clothing to electronics, are cleaned, refurbished and offered for resale either online or at one of 25 retail stores in North Texas. Non-working items such as old computer printers and TV monitors are offered for bulk sale through Goodwill's electronics recycling programs.

"I hope they're thinking that they did a good thing," said Juarez, when asked if he believes the donor knew the Atari game's value.

"But either way, it's good to know it's going to a good cause," he said.

More information on Goodwill North Central Texas and its online shopping site can be found here.