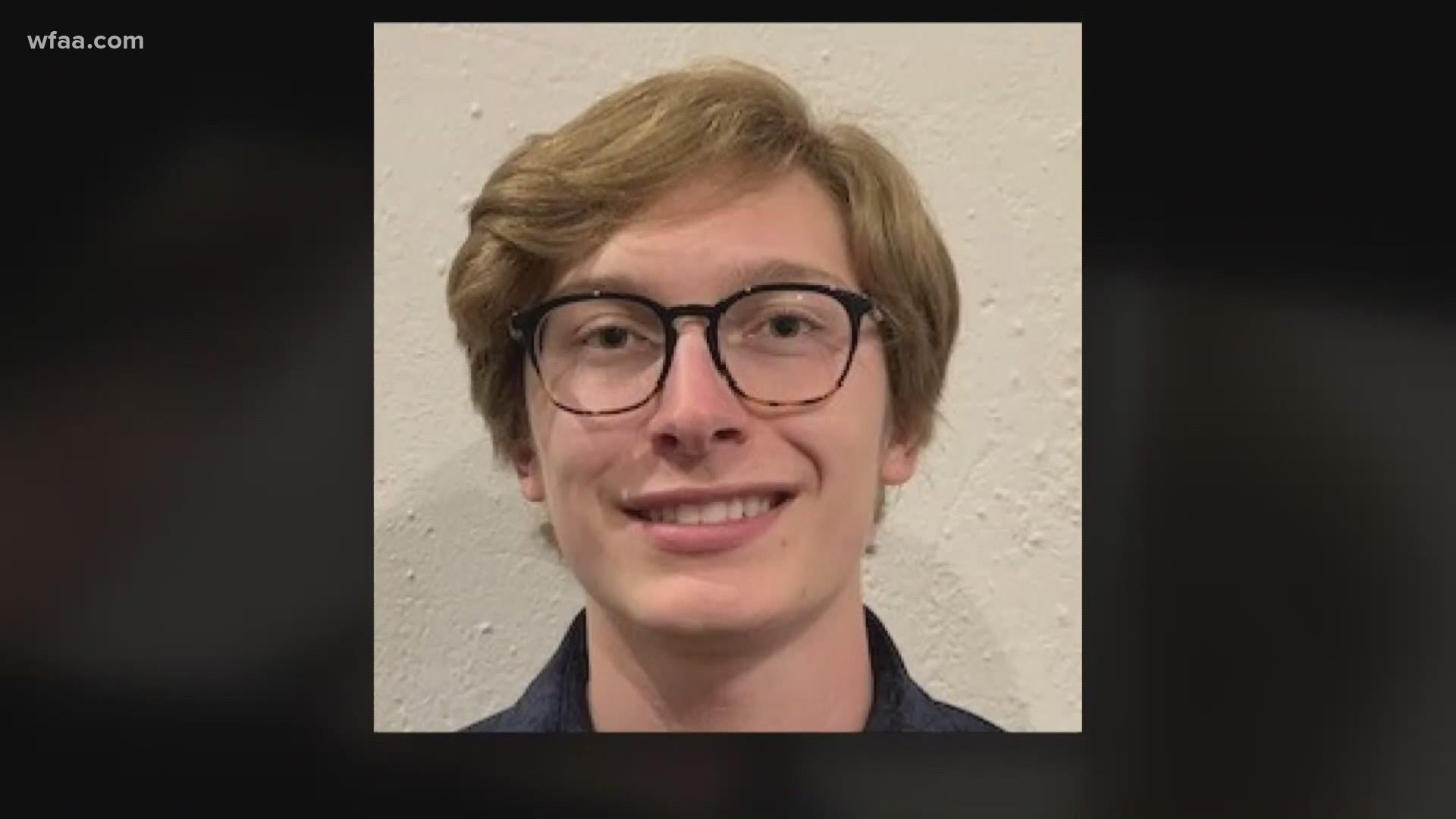 “To honor Jaden’s life and his place in our community it is our job to live up to the values that brought him here in the first place,” a speaker said.

The 19-year-old sophomore at Southern Methodist University was shot and killed around 3 a.m. last week while he out celebrating Halloween near the Statler Hotel in Downtown Dallas.

“He was the person who would sit to next to someone and console them or approach a stranger and make them feel welcome and loved,” Urrea’s cousin Sofia Goff said.

Urrea's slaying is one of more than 200 homicides in Dallas this year.

Police and SMU students, whether they knew Jaden or not, spent Saturday handing out fliers hoping anyone knows something.

"It could've been any one of us,” SMU student Charlotte Reardon said. “He's just no longer going to be here with us so I think this kind of taught us how to be safer and love those around us and actually get to know the people that are passing by every day.”

Urrea’s family said in a statement that he had called them just moments before he was killed. He told them he was about to get a ride home.

The family says they’ve seen additional surveillance video footage that shows two people in a white sedan run a red light. The car's headlights were off.

The car pulled over past the intersection near where the student was crossing. The footage "shows some communication that captures his attention," the family said.

"As Jaden turns toward the car, he was maliciously shot in the chest at close range. We strongly believe this was a drive-by shooting, unprovoked, committed by complete strangers," the family's statement says.

Police don’t know what motivated the shooting. There’s now a $25,000 reward for any information that leads to an arrest.

Urrea was an El Paso native with a love of music, but his family says he had settled into his new home at SMU. Now, two communities are grieving the sudden loss.