"We have lost a great teammate, a great friend, and a great classmate," said Azaan Abdellatif's wrestling coach Tracy Cleveland. 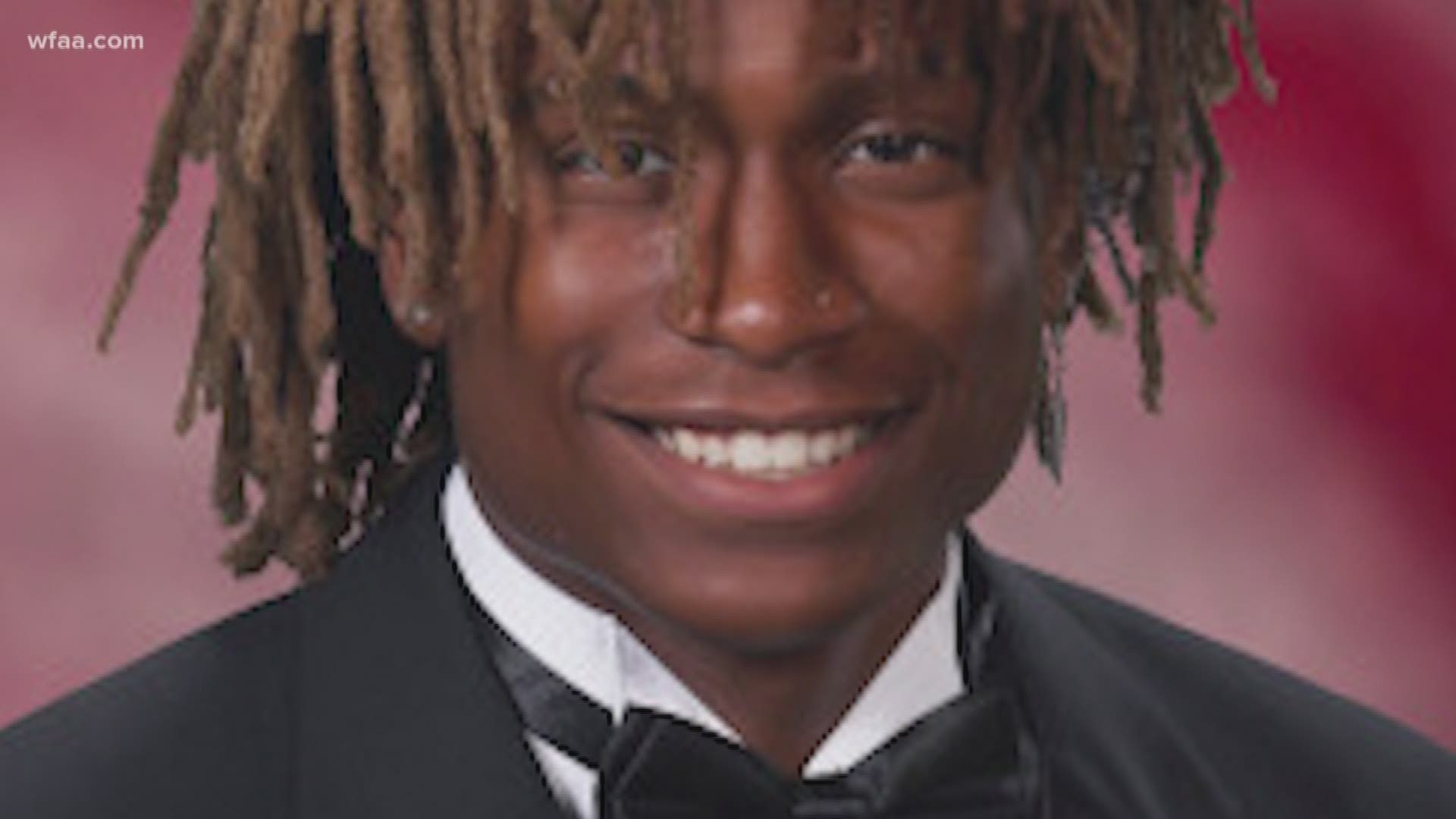 WYLIE, Texas — Devastating news filtered through the Wylie High School halls like a fog on Wednesday. The news that senior Azaan Abdellatif had died hit the community, faculty and students hard.

"Yesterday was a cloud. It was a heavy cloud," Wylie High School principal Virdie Montgomery said.

Abdellatif was well-liked. He was a football and track star, and was just at wrestling practice on Tuesday.

"We have lost a great teammate, a great friend, and a great classmate," wrestling coach Tracy Cleveland said.

Abdellatif and his teammates were getting ready for the district tournament for the following week. His name is still written on the whiteboard inside the wrestling room. On Thursday Azaan's senior parking space was marked off with a cone. His friends will paint the empty space in honor of the beloved senior.

"He's one of the most fierce competitors you've ever been around," said Montgomery.

Nearly a thousand people showed up to the fieldhouse on the Wylie High School campus Thursday night. His heartbroken family was seated last but stood up to speak first.

"Tell everyone in your family you love them," Azaan's brother said.

Murphy Police are waiting on the Medical Examiner's report to find out what happened. Police say there are no signs of foul play.

His coaches and friends say Azaan was a motivator, a fierce competitor, and excelled at most everything, including school.

Cleveland said even his own kids looked up to him.

"When they go out in the yard, they'd say: 'I'm going to be Azaan today. I'm going to be number 14.' When kids do that, that's impactful," Cleveland said.

The kind of impact that drew nearly 1,000 people under one roof for a vigil.