Victorian-era home in the Cedars being moved

The house was originally built by Max Rosenfield, a developer in 1872. 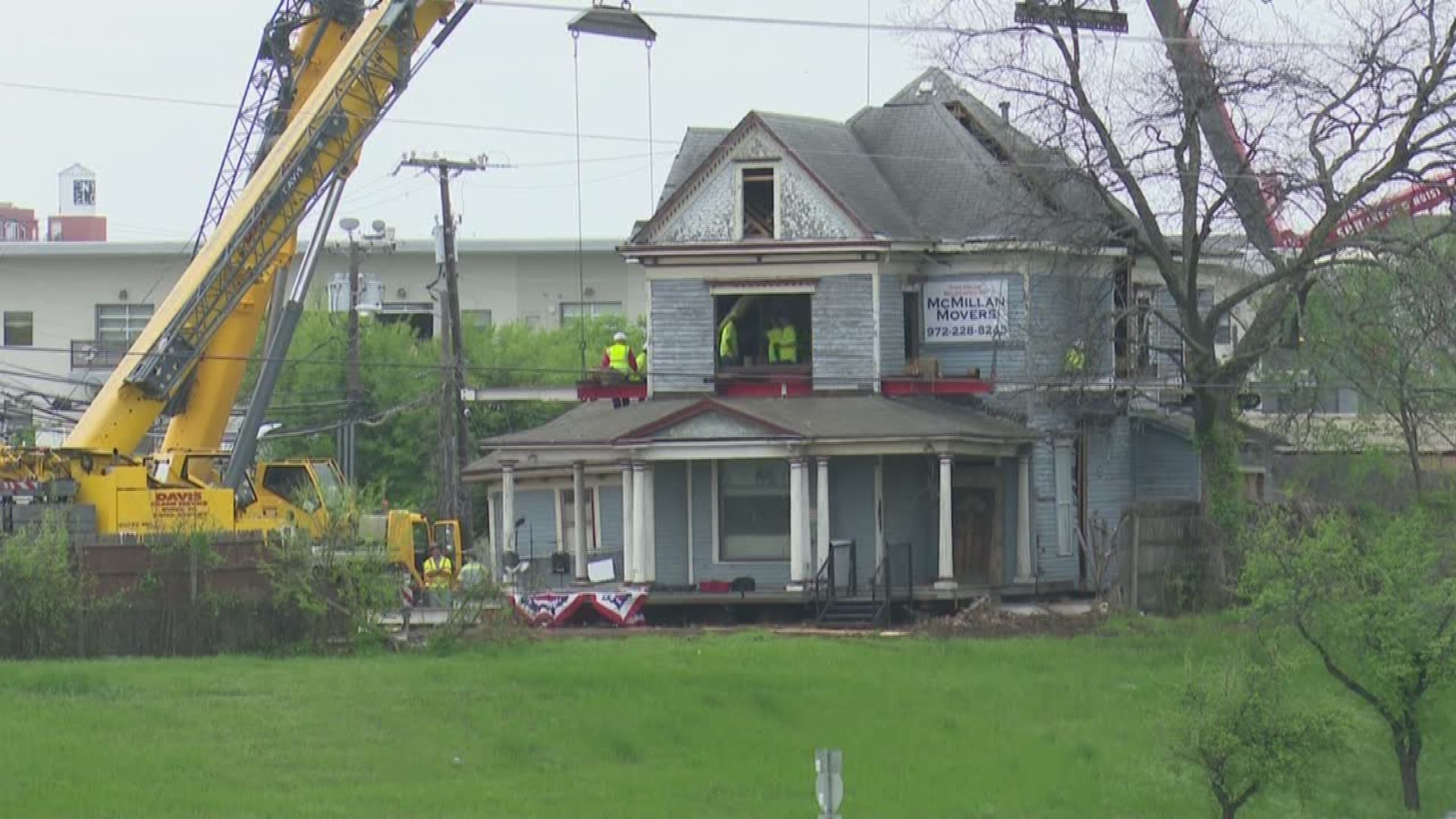 DALLAS -- Look past a congested Interstate 30, looming over rush hour traffic and you'll see an old blue house -- it represents what Dallas once was, what this city used to be.

"I don't have the longtime history. I've only been here sixty some odd years," said Marie Chiles, a Dallas resident of more than 60 years.

Marie Chiles is one of many people that came to watch this historic house move away from its original location. So many were sure this day wouldn't come.

"Well I've heard that there's a whole neighborhood of houses over here in the Cedars, and this in my lifetime has been the only one that I've known of, of the big ones that's still standing," said Janet Massey a Kaufman Resident.

The historic house is still standing because of Katherine Seale.

"I used to daydream about this house -- make up the stories about the people who lived here," she said.

Seale is on the Dallas Landmark Commission. She knew this house was in jeopardy, feared demolition and knew she had to act quickly, especially when you consider the history.

According to Seale, the house was originally built by Max Rosenfield, a developer in 1872. Seale couldn't bear to see it go. She wanted to save it -- warped wood, chipped paint and all.

"To be honest, my heart is racing right now and I'm beaming with pride," said Seale as the construction crew made last minute adjustments.

The house was cut into pieces, and over the course of an hour was slowly prepared to move just a few blocks away. The entire move will take more than a week.

"People are paying attention and paying attention to the fact that this is one of the last great houses and they're not letting it be destroyed -- I think that's very significant for Dallas," Chiles said.

Seale wasn't the only one to see the value in preserving the history. Since her purchase, residents and business owners have stepped in to cover the cost.

"In order to comprehend your present and plan for your future, you have to plan for and appreciate your past," said Mark Martinek a developer for Modern Construction and the soon to be owner of the home.

Now the real work begins -- restoring the Victorian-era home to its former glory.