On Verify Road Trip, reporter David Schechter, takes real people on the road to get their questions answered.  They ask their own questions and reach their own conclusion. Football is an American classic, that's in crisis. The game teaches teamwork and character.  But it's also far more likely than other sport to give a kid a concussion.  That's got parents worried.    Jacelynn Myers, from Rockwall, Texas is nine. He asks his mom to play every day. But Pamela Jones, is on the fence  Zero... 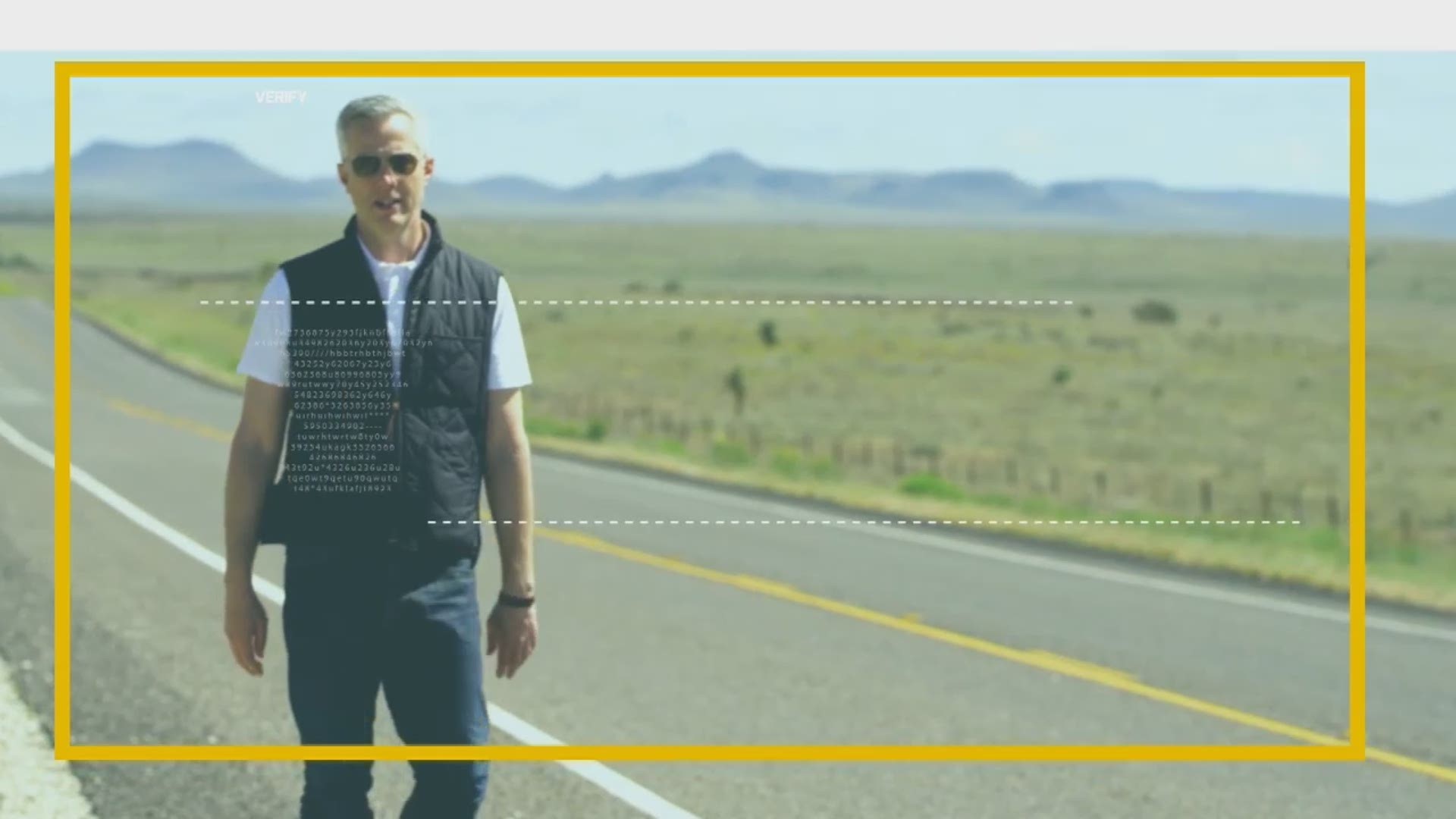 On Verify Road Trip, reporter David Schechter, takes real people on the road to get their questions answered. They ask their own questions and reach their own conclusion.

Football is an American classic, that's in crisis. The game teaches teamwork and character. But it's also far more likely than other sport to give a kid a concussion.

Jacelynn Myers, from Rockwall, Texas is nine. He asks his mom to play every day. But Pamela Jones, is on the fence

Zero to ten, she admits she doesn’t know a lot about concussions. “I'm probably about a 1 or a 2,” said Jones.

“A one or a two. Let's see if we can change that for you,” Schechter responded. “For Jacelynn's sake, I hope so,” she added.

Pamela says she's got an open mind and wants to verify this, should my kid play football?
So, let's start this trip out with a basic. The brain is jiggly, like a jello mold. A hit to the head-- or even the body-- can bang and stretch the brain.

That trauma can actually cause changes in the brain leaving it susceptible to more stress and injury.

Pamela and I start our journey by feeling a hit at Desoto High School, in suburban Dallas. It's one of the top football programs in America. Todd Peterman is the head coach.

Did a football coach just say, no tackle football? Yes he did! The coach has his own young son.

“The question is, does my 10-year old play tackle football at the age of 10, that answer is no. There's not trainers around,” said Peterman. “There's nobody trained to handle concussions to know what it looks like,” he finished.

It's the athletic trainer who identifies and treats a concussion. The National Association of Athletic Trainers says one should present be at all games, without exception. But in Texas, where football is king, schools are not required to have one.

“It sure looks like we're spending a lot on helmets and computers and balls and we have 5 sets of uniforms,” said Scott Galloway, the Head Athletic Trainer at Desoto ISD. “Where is the one who is looking out for my kid?” he said.

“Should I let my son play football?” Pamela asked Galloway.

“Yes, but, would be my answer,” he said. “I don’t want my 9-year old out there hitting heads with one another while their brain health is developing. Would I be comfortable here with my son, under my care, absolutely,” answered Galloway.

Next, Pamela and I are at Cerebrum Health. A state-of-the-art clinic where athletes with major concussions go to heal their brains.

Dr. Brandon Brock is testing Pamela's balance by leaning toward a dot on the screen.
“This is hard,” she said.

“If you're a football player and you have a head and brain that controls movement we need to be able to monitor that movement to see if its functional, or not,” Brock said, explaining why high tech diagnostic equipment is so important.

From Dr. Brandon Brock we're learning-- the brain, inflamed with injury, needs time to heal. Continued to trauma can lead to a brain disease called Chronic Traumatic Encephalopathy, or CTE.

Next is a visit with Cyndy Feasel. She’s telling us about her husband, Grant. He played 11-seasons in the NFL. In retirement, Cyndy says their life became almost unbearable. He was an alcoholic, impulsive and depressed. She’s recently written a book about her experience.

“As the years went on his speech became stuttery, at one point. He would just say the same thing over and over again,” she said.

After Grant died at age 52, Cyndy finally learned what caused those changes to his personality. An autopsy proved he had CTE-- something that's even been found in the brains of select number of high school players, too.

“I know it's a money making deal. I know I live in Texas. I know a lot of coaches don’t want to hear what I have to say,” Feasel says to Pamela and David.

“Maybe some people don't think it's real. Some people haven't even heard of CTE. I would have to say, if you think I'm making this up you still have your son, you still have husband,” she said.

“Do you think I should let me son play football?” Pamela askes Feasel.

After the interview, outside Feasel’s home David asks Pamela, “How were you feeling about that?”

“It really made my heart go out to her. Made me realize, I wouldn’t want that for my son,” said Pamela.

The final stop is a visit with Dr. Hunt Batjer. He's a neurosurgeon with Peter O’Donnell Jr. Brain Institute at the University of Texas Southwestern Medical School and one of the NFL's top experts on concussion.

New research from Dr. Batjer's department shows, even at the high school level, repeated impacts to the heads of football players causes measurable changes in their brains.

Because of a family issue, Pamela could not attend the interview with Dr. Batjer. So David asked questions for her and played the interview for her later.

“The question that Pamela has is, do helmets prevent concussions?” David asked Batjer.

“No. They protect against the more violent injuries but may magnify the mild ones,” he said. “Any marketing that says we reduce concussion by x-percent is nonsense.”

“Pamela would ask you, if she was here (9-year old) should my kid play football?” Schechter said.
“12 to 14 is a better age. And I would say, there are lots of things you need to know,” answered Batjer.

Here’s what they are:

“Then I think you've got a scenario that's going to be very safe for that child. If any of those things are not right, it's going to be a crap shoot,” said Batjer.

That's it, for Pamela's journey. Her question was, should my kid play tackle football? What's the answer? What did she conclude?

“My answer is no, not tackle football at 9 years old. I verified that,” said Pamela.

She’s not against football, altogether. On the one hand, Cyndy made a big impact on her. On the other so did Dr. Batjer’s expert advice. So, Pamela has decided she would let him play if he’s older, stronger and program is safe.

So, Jacelynn may play tackle yet. But don't take our word for it… take hers.