'Lies,' 'scam,' and other anti-Christian messages were left in bright red graffiti on at least six churches in the Singing Hills community of Oak Cliff. 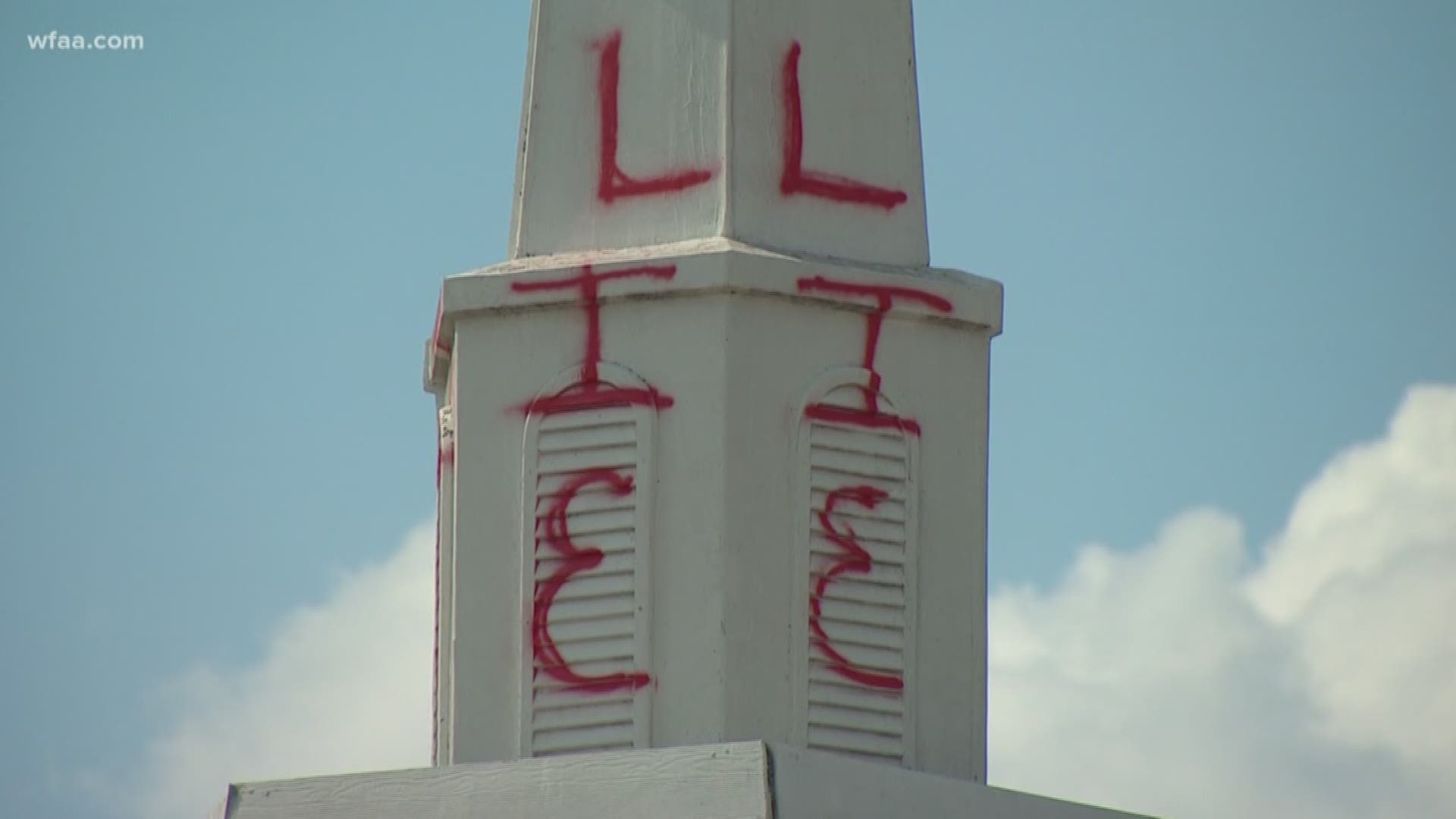 DALLAS — Police are investigating several reports of graffiti vandalism at churches across the Singing Hills neighborhood in Oak Cliff. At least six church buildings have been spray-painted with red graffiti, according to some local pastors.

”We had got a warning that something was going to happen yesterday to the churches,” said Bishop Ray Campbell of the Ideal Family Church.

Unknown vandals spray-painted messages in bright-colored letters. The culprits apparently scaled a fence, climbed the church’s roof and wrote the word “LIES” on three sides of the steeple at Beth Eden Baptist Church.

"A lot of the churches have the same message,” Bishop Campbell explained.

Some pastors describe the messages as offensive.

"When I saw it, it bothered me," Pastor Clarence Preston said. "It really troubled me that someone would come to this level, and stoop to this level.”

Some of the pastors and church members discovered the graffiti when they arrived for services on Sunday. The pastors had to address the crime with their congregations.

”It was very intentional,” Preston explained. “Purposeful and intentional to do such things."

Members at St. Phillips tried scrubbing the graffiti. The walls are still stained with red paint.

"Something’s got to be done on this here. We’ve got to check something out here," Campbell said.

Pastors say they are working with police to address the vandalism. At least one of the churches may have surveillance images of the vandal in action.

The targeted churches don’t know what message the culprits are trying to send, but the pastors say they are remaining vigilant.

”The church is the people,” Preston said. “We are the church and we will move forward.”

The faith leaders are urging anyone with information about the acts of vandalism to call the Dallas Police Department.