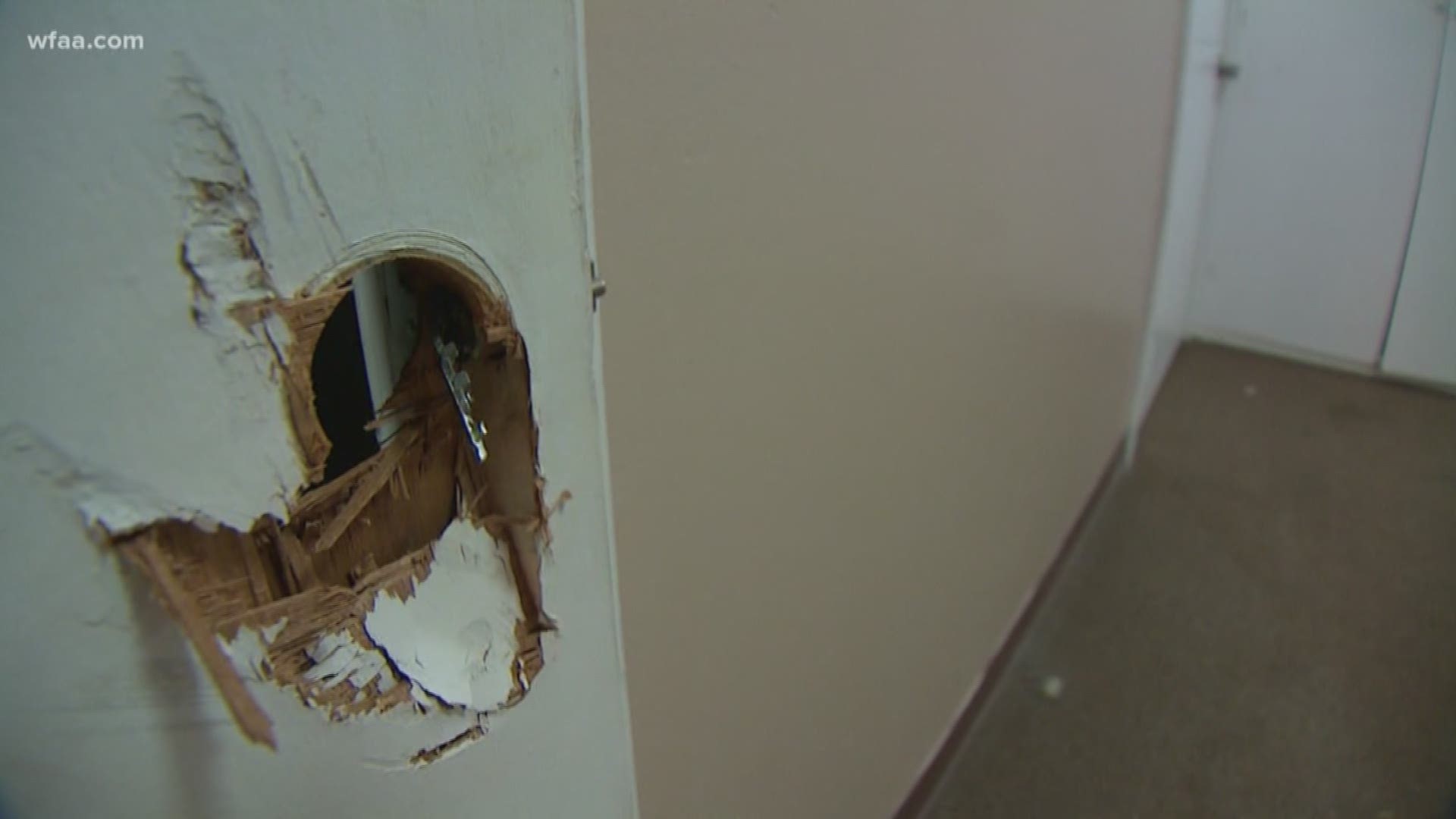 IRVING, Texas — Sharon Johnston has so much to do that she isn’t quite sure where to start. And the mix of emotions swirling around inside of her – anger, disgust, sadness, and shock – add to the paralysis.

“Look at this!” she said, pointing to a shelf covered in the white residue left behind from a discharged fire extinguisher. “Kids clothes and toys. Ugh. I can’t do anything with it because it just upsets me.”

It was Christmas Day and Johnston was at the nonprofit she founded, trying to comprehend what had happened 24 to 36 hours earlier.

“It’s hard to take this - the vandalism and mean streak that it takes for somebody to do this,” she said.

Johnston started The Main Place in Irving a decade ago. She wanted to give homeless students in the Irving school district a place to find clean clothes and toiletries.

They currently rent space from Kirkwood United Methodist Church and call themselves "a retail store without a cash register."

They've grown tremendously since their launch.

In 2019, they served more than 1,100 people – from homeless students to victims of domestic violence to entire families in crisis.

“And we treat them like they’re the clientele of Nordstrom or Neiman Marcus,” Johnston said. "Our vision is to change the image they have of themselves so they can be who they were created to be.”

Sometime between late Dec. 23 and mid-day Dec. 24, thieves busted out windows at Kirkwood United Methodist and ransacked the sanctuary.

But they didn’t stop there.

They hit The Main Place hard.

Credit: WFAA
Thieves left the gift bags but took the gifts from Sharon Johnston's office at The Main Place.

They threw food all over the kitchen and left the refrigerator and freezer doors open. Pounds of food they would offer to hungry kids spoiled and had to be thrown out.

They knocked down Christmas trees and broke ornaments. They discharged the fire extinguishers all over stuffed animals. They stuffed clothes in toilets and ransacked every room.

But what happened in Johnston’s office hurt the most.

They busted her door open and emptied almost all of the gift bags lining her office walls. They were full of presents hand-picked for clients who couldn’t make it to The Main Place’s annual Christmas giveaway a week earlier.

“These people couldn’t come to the party because they had to work. One girl couldn’t come because her best friend was murdered and the funeral was that day,” Johnston said, describing the recipients whose gifts were stolen. “This is what they live in and then people do this to people?”

The Main Place has several surveillance cameras. Johnston turned the footage over to detectives from the Irving Police Department.

Officer Robert Reeves said it’s possible the crime could be a felony.

Anyone with information about the crime is urged to contact the Irving Police Department.

Johnston said this is not the first time The Main Place has been targeted.

“We moved here in January 2018 and in February 2018 we had three break-ins by the same two guys,” she said. “But they caught them and punished them. We’re hoping they catch these and do it quickly, too.”

Johnston is considering organizing a clean-up day for the future, but the agency would welcome donations to help replace gifts and toys that were stolen or destroyed.