Family, friends and fellow Utah football players gathered at the Family Cathedral of Praise in Mesquite to say goodbye to the 21-year-old star. 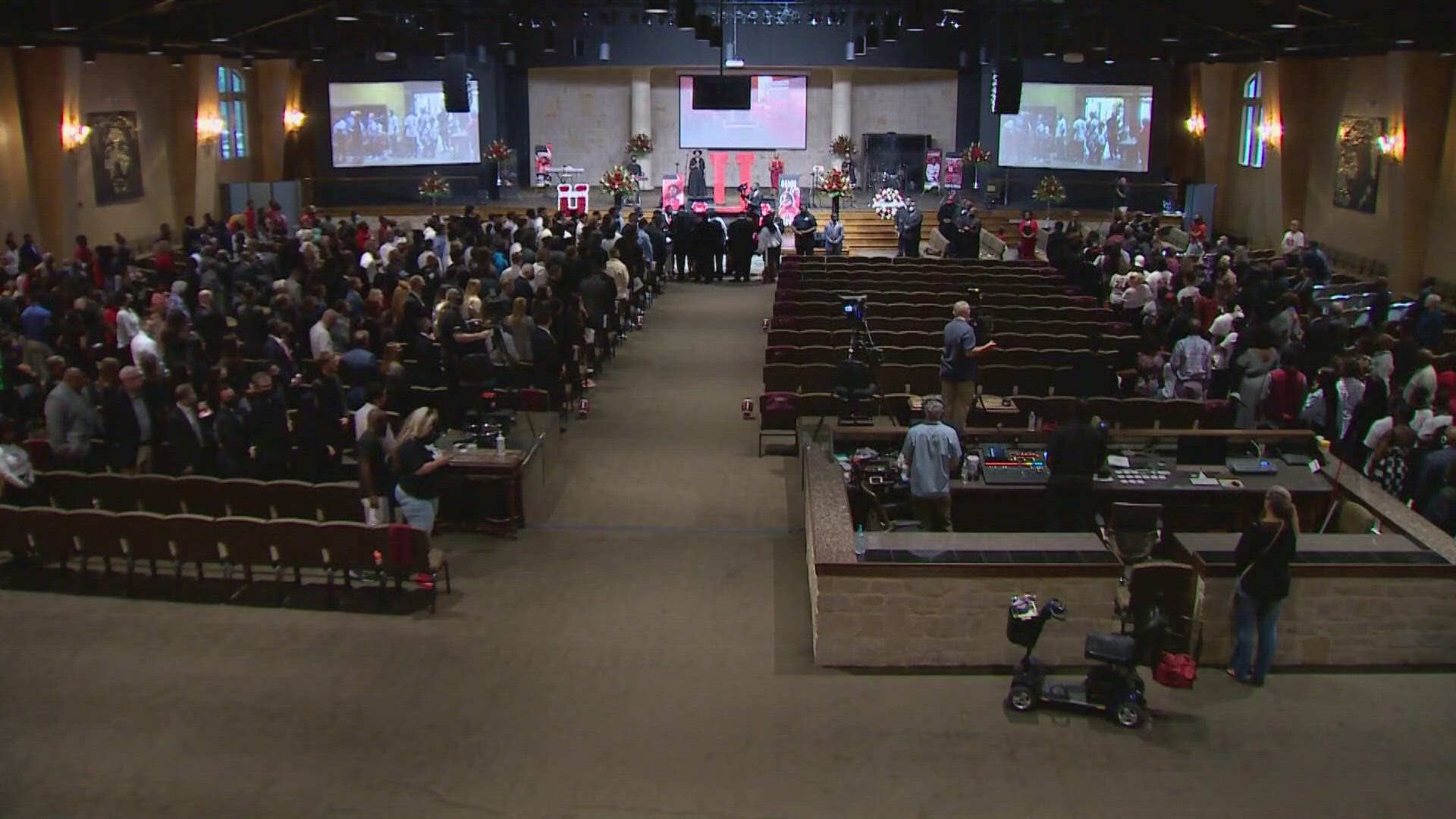 MESQUITE, Texas — Late Monday afternoon, Aaron Lowe, the North Texas native who played for the University of Utah football team, was laid to rest in Mesquite.

Utah players, faculty and staff flew to North Texas to honor Lowe. The news hit home for so many in the area.

With heavy hearts, family, friends and fellow Utah football players gathered at the Family Cathedral of Praise in Mesquite to say goodbye to the 21-year-old star.

“He was toughest of all of his siblings, who would say, was called to stand out,” said a local pastor who is familiar with Lowe.

The 21-year-old, a triplet, was a rising football star.

“We knew when he was very young, he would participate in some type of sports, because of how fast he ran,” said the pastor.

With exceptional grades, Lowe made it on the honor roll three times at the University of Utah.

“With 600 student athletes who got 3.6 GPA last semester, how about that,” said Mark Harlan, the athletic director at University of Utah.

His jersey number, 22, will now be retired by Utah's football team in Lowe’s honor.

“Thank you for sharing him. that you for letting him be a part of us for the time being. Yes, we are retiring the number, it’s all about Aaron,” said Harlan.

“Aaron Lowe was the toughest of all of his siblings. Called to stand out. We knew he would stand out because of how fast he ran,” - Family Cathedral of Praise.@wfaa #LLAL https://t.co/svS9nxuZ5I

It was two weeks ago when Lowe and a 20-year-old woman were shot at a house party in Salt Lake City.

“Don’t think of him as gone away, his journey has just begun,” said the pastor.

A week after Lowe's death, Salt Lake City police arrested a 22-year-old during a traffic stop and charged him with aggravated murder.

As family and friends are left heartbroken, Lowe will be remembered by many by who he was as a person and what he wanted to do for others.

“Not just positive, infectiously optimistic. so many people have referenced his smile,” Sharieff Shah of University of Utah Athletics.

And it’s his smile and persona that left many at his funeral missing the star, who one day hoped to make it to the NFL.