The congressman was hospitalized last fall while undergoing treatment for lung cancer, the Texas Tribune reported. 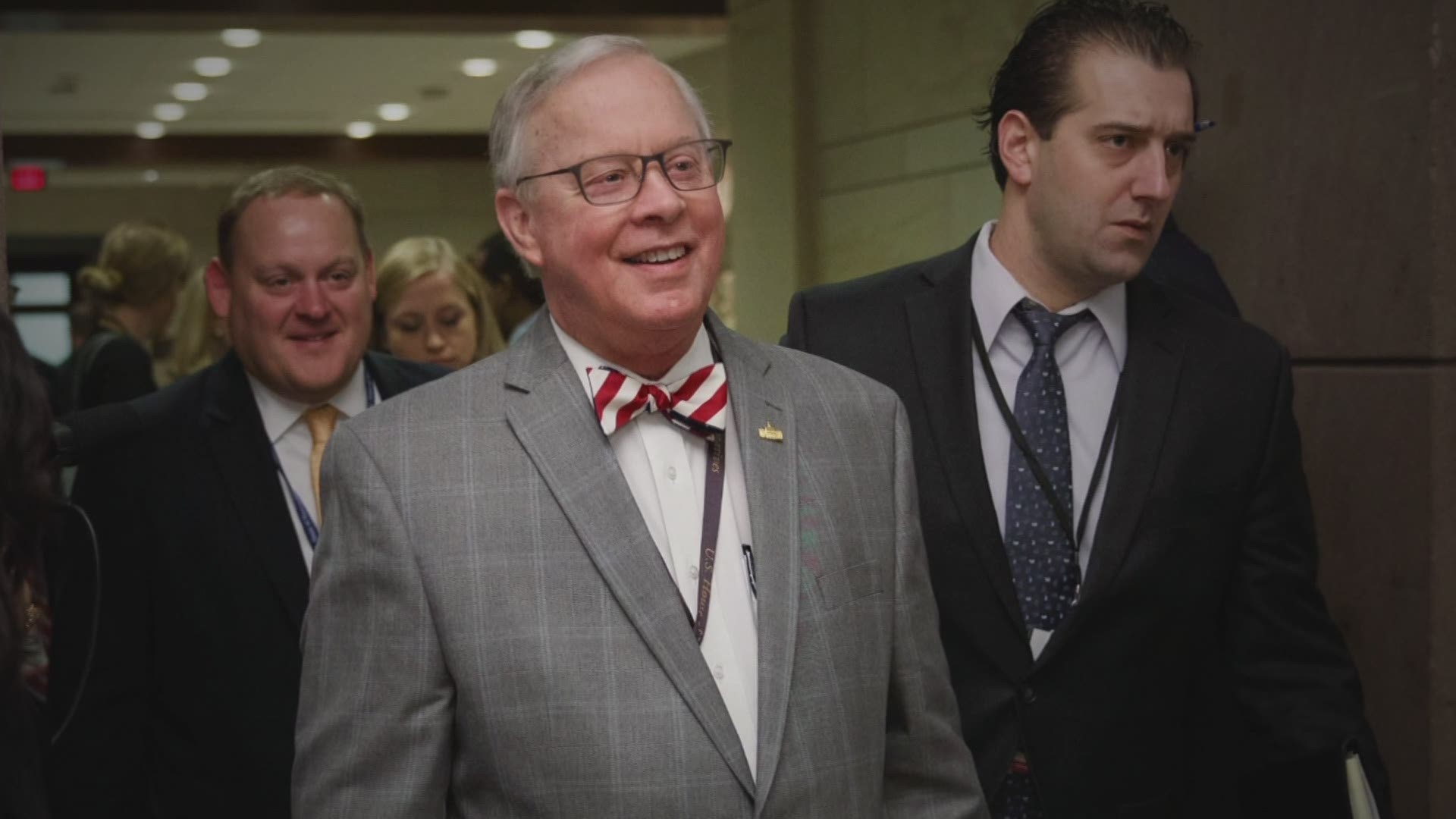 Updated at 11:15 a.m. with additional information regarding Wright's death.

U.S. Rep. Ron Wright, R-Arlington, died on Feb. 7, a statement from his campaign announced Monday. He was 67 years old.

His wife Susan was at his side at the time, the announcement said. Both of them had been hospitalized in Dallas for the past two weeks after they tested positive for COVID-19 in mid-January.

The congressman had been previously hospitalized last fall while undergoing treatment for lung cancer, the Texas Tribune reported. Wright had been fighting the disease for the past three years.

Wright's office had issued a statement on Jan. 21 saying he had been in contact with someone who tested positive the week before. He had been "experiencing minor symptoms" but said he felt "okay" overall at the time shortly before he was hospitalized.

Spokesperson Matt Langston told WFAA that Wright's immune system had been very weak as he was undergoing chemotherapy treatments for his lung cancer. The congressman had experienced several "ups and downs" over the past weeks since his diagnosis with the virus.

While Langston said Wright's death was "COVID-related," he added officials have not yet definitively ruled what caused his death.

"As friends, family, and many of his constituents will know, Ron maintained his quick wit and optimism until the very end," the statement from his campaign read in part. "Despite years of painful, sometimes debilitating treatment for cancer, Ron never lacked the desire to get up and go to work, to motivate those around him, or to offer fatherly advice."

Wright was first elected to represent the 6th District of Texas in 2018. District 6 covers portions of Arlington, Burleson, Corsicana, Ennis, Fort Worth, Grand Prairie, Mansfield, Midlothian and Waxahachie, among other cities. It stretches over Ellis, Navarro and Tarrant Counties.

A sixth-generation resident of Tarrant County, Wright served on Arlington's City Council from 2000 to 2008 and replaced Betsy Price as the county's Tax Assessor-Collector in 2011 before being elected to the seat in 2012 and again in 2016.

The congressman wanted to pursue comprehensive tax reform to simplify the tax code, with tax cuts for the middle class, according to his campaign website.

"Congressman Wright will be remembered as a constitutional conservative," according to his campaign's statement. "He was a statesman, not an ideologue. Ron and Susan dedicated their lives to fighting for individual freedom, Texas values, and above all, the lives of the unborn."

Wright tested positive for #COVID weeks ago. He had also been battling cancer.

He was only 67 years old. #WFAA pic.twitter.com/yqChYgZVFl