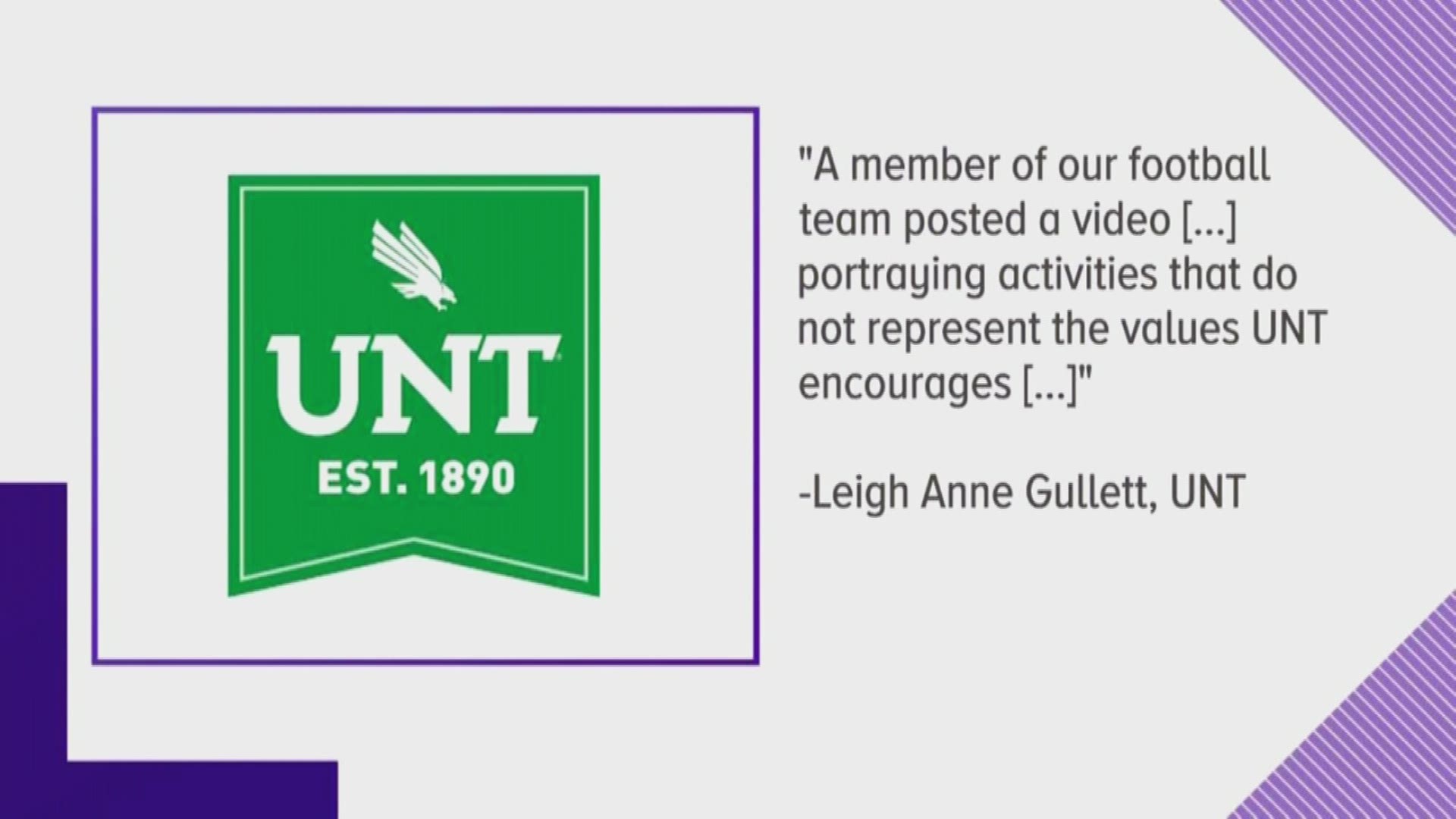 The video of dogs mauling a captured raccoon is hard to watch at 52 seconds long. It was taken on Snapchat by University of North Texas football player Khairi Muhammed.

Many people are heard in the video laughing at the deadly situation. The dogs aggressively bark at the raccoon inside a cage when someone releases it to be mauled.

The video spread quickly across social media. Many called it disturbing, disgusting, and were quick to put the football player under fire.

"That's disgusting," on NT student said, adding he thought Muhammed should be removed from the football team.

Muhammed since removed the video from Snapchat and posted a statement on Twitter.

"I understand that the video that I took and has been posted to social media was in bad taste and sincerely apologize for the insensitive nature of the content," Muhammed wrote. "I understand that I represent a lot of people and my actions also reflect on them. I will learn from this and use it to make better decisions in the future."

According to the Humane Society of North Texas, an apology may not be enough.

"It could be a state jail felony of the third degree. It just depends what the prosecutor goes after," Humane Society of North Texas lead humane investigator Kimberly Meek said.

After viewing the video, Meek said she believes it violates Texas penal code twice — once by torturing an animal and again by causing one animal to fight with another animal.

In the video's wake, UNT Associate Director of News Leigh Anne Gullet released a statement saying, "A member of our football team posted a video to social media portraying activities that do not represent the values UNT encourages. We have high expectations for our community members to behave in a manner that positively represents the university. Furthermore, the university has a student code of conduct, which all students are required to follow. While the player has since removed the video and apologized, our Athletics program plans to use this as a teaching moment."

There is no word on what kind of discipline Muhammed will face, if any.

The Humane Society of North Texas asks people to report any incidents of animal cruelty to police.