Uber wants to hire 3,000 people in its Deep Ellum offices

Uber officially announced it was opening a new headquarters at The Epic, a brand new development in Deep Ellum, in August 2019. 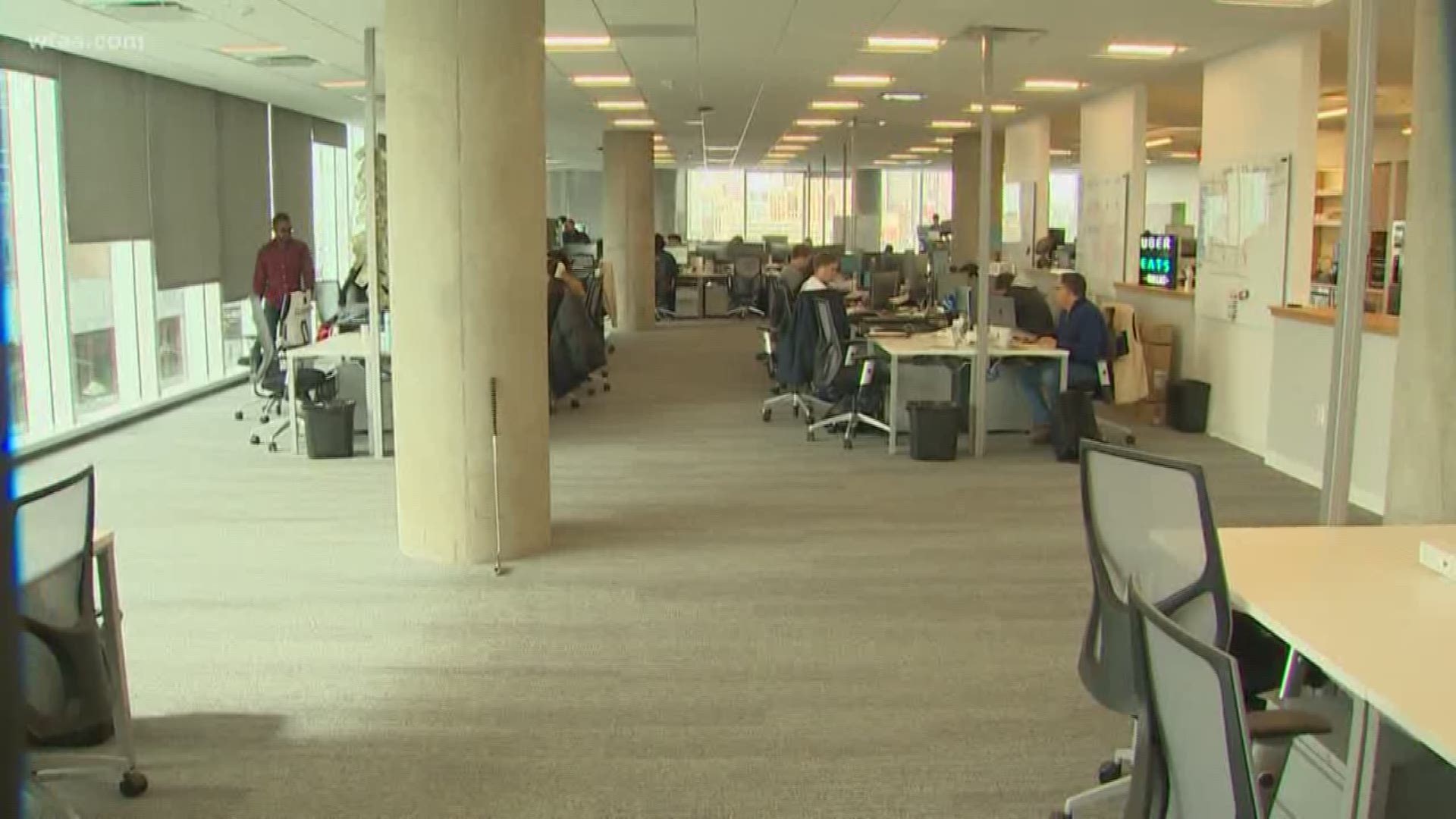 DALLAS — Uber is working to hire 3,000 positions out of its new Deep Ellum offices.

Uber officially announced it was opening a new headquarters at The Epic, a brand new development in Deep Ellum, in August 2019.

Katie Gonzalez and Gianni Sesto are Uber recruiters. They’ve been with the company for more than three years.

Gonzalez is based in Washington, D.C. Sesto is based in San Francisco. Uber sent them to Dallas on short-term assignment to jumpstart the hiring process in the Deep Ellum office.

“It’s going to be our largest office besides San Francisco,” Gonzalez said.

So far, the pair said they’ve filled about 150 of the 3,000 open positions. And most of the people they’re hiring, they said, are from Dallas.

“It’s close to 90% of the workforce is from Dallas proper,” Sesto said.

Uber employees have moved into modern-looking offices on two floors of the office building at The Epic, located at Pacific Avenue and North Good Latimer Expressway. Eventually, the rideshare giant will occupy 8.5 out of 10 floors in The Epic’s office building.

“The [second office] tower’s going to be a total of 23 stories,” Westdale CEO Joe Beard said. Westdale is the developer of The Epic. “And the upper two floors will actually cantilever out approximately about 40 feet outside of the building. So it’ll have a very dramatic look. It’ll be very architecturally interesting.”

In exchange, Uber is expected to bring 3,000 jobs within the next five years with a required average salary of $100,000, county records show.

“A lot of the industries that are prominent here in Dallas – manufacturing, oil and gas, finance – a lot of those skills are transferable to what we’re working on here at Uber,” Sesto said.