Friends and loved ones of the victims held a balloon release on Sunday. 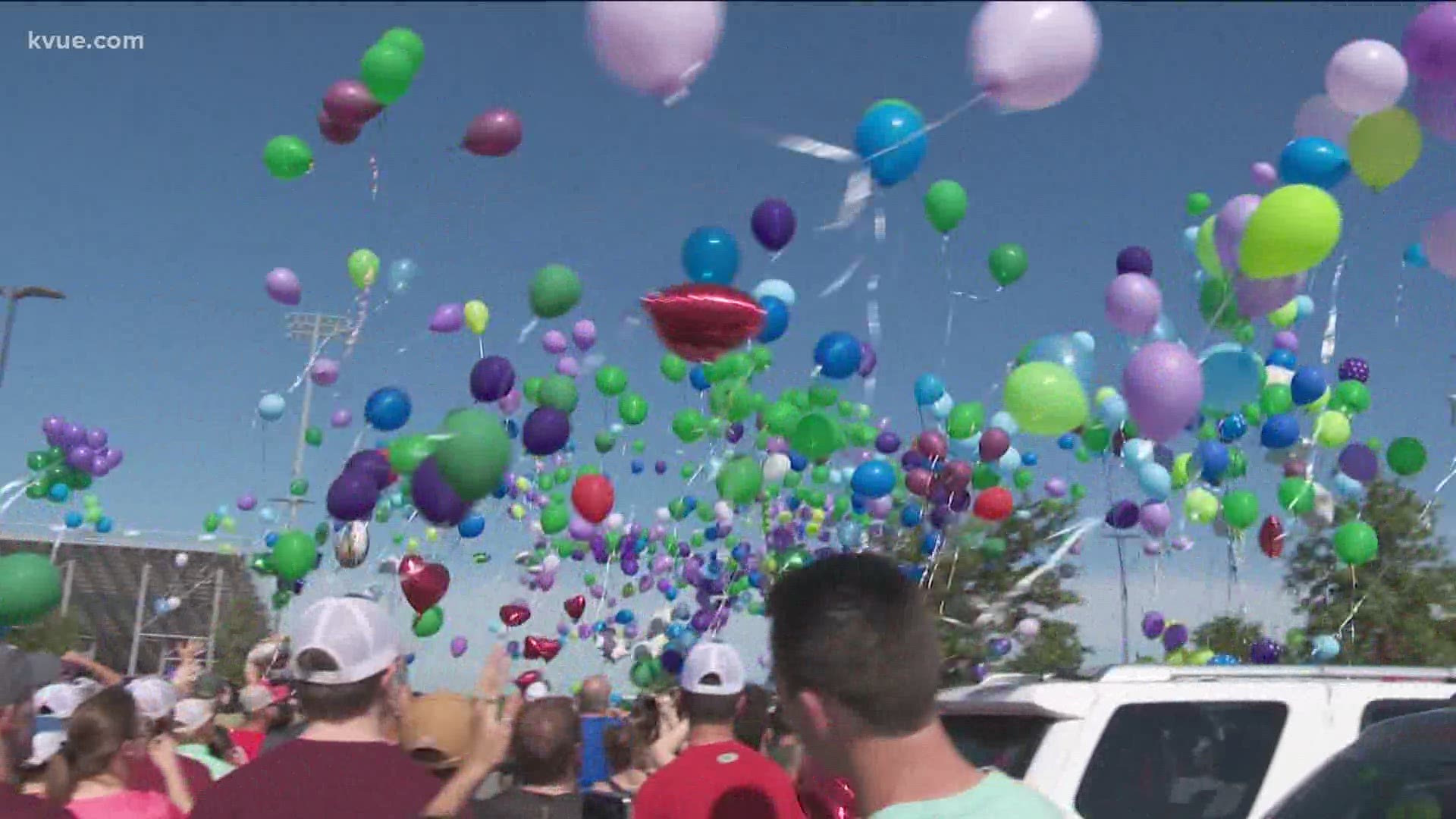 The crash happened at approximately 4:30 pm Saturday near County Road 482, WCSO said. According to WCSO, three teens were involved and two of them died.

A pastor from First United Methodist Church in Taylor identified the teens as Tyler Cobb and Jace Gill.

Tyler was the son of the assistant athletic director at Taylor High School.

Friends and loved ones of the victims held a balloon release on Sunday.

Local cheer gym gears up to reopen May 18