Survivors say bullets were "flying everywhere" in the shootout that left one man dead. 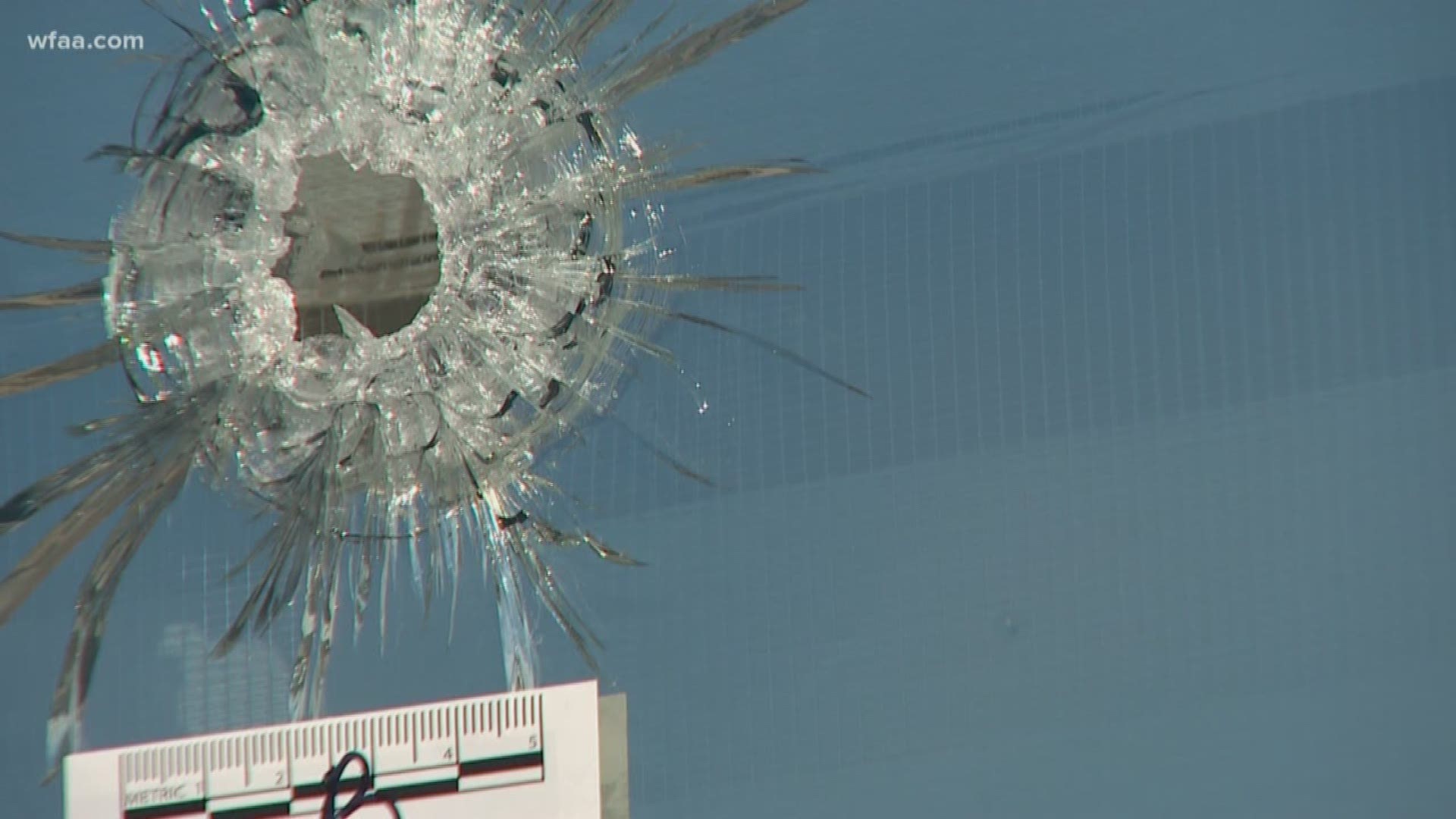 Police say two victims were struck by bullets as a result of two vehicles that were shooting at one another around 7 p.m.

One person died at the scene. Another victim was transported to the hospital with injuries.

By Thursday afternoon, all that could be seen at the corner of Bonnie View and Simpson Stuart Roads were officers.

He lives less than a mile from the Hi-Mart convenience store and said he was at the store putting air in his tires when the shooting began.

“I was scared,” he admitted. “I laid on the ground and acted like I was hurt and then I crawled up under the car.”

Blunt was not injured, but a 30-year-old woman was.

The woman did not want her name or face publicized, but she shared her harrowing story.

Credit: WFAA
A 30-year-old woman was in her car with her two children when she was shot in the hand during a drive-by at a convenience store in Dallas.

She had just finished putting gas in her car and pulled into a parking place so her 37-year old cousin who was in the passenger seat could go inside.

The driver’s three-year-old and five-year-old kids were in the backseat.

Before the cousin could get out of the car, they say they heard a barrage of bullets.

One flew right in front of their faces, they said.

"Move, move, move! Go, go, go!" They remember yelling at each other.

They ducked and, just barely looking over the wheel, they drove to a post office a couple of hundred yards away.

They checked the kids, who were fine, but their mom had a bullet in her finger.

She doesn’t believe there is nerve damage.

The mom and her cousin say they’ll never go back to that convenience store.

It was considered home for the man who died, known to most people as "Papa."

“If you were down and out, Papa is one of the ones who would come and uplift your spirit,” Blunt said.

He said Papa would wash customers’ windows, pump their gas and pick up trash for spare change.

He died in what appears to be a drive-by shooting.

Dallas police believe neither Papa nor the woman who was shot were intended targets. They were more innocent victims of more random violence in Dallas.

“This right here, this right here is where he is from,” Blunt said of Papa, pointing to the convenience store. “This is home for him. To be up here and get shot. Home? I don’t understand it.”

Dallas police are asking anyone with information on this case to contact Det. Jeffrey Loeb at 214-671-3702 or via email at jeffrey.loeb@dallascityhall.com.