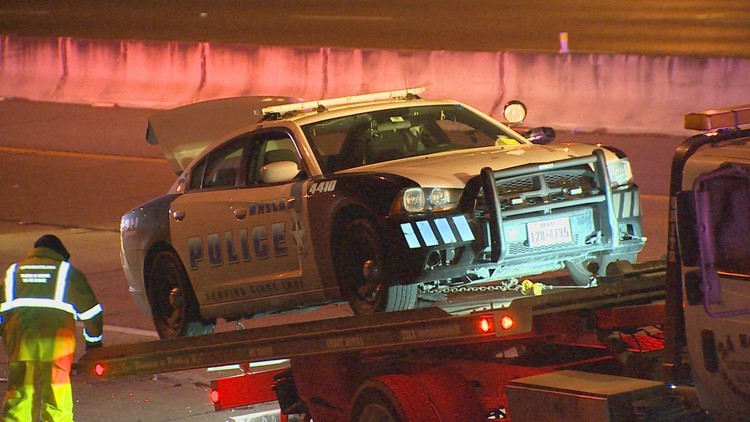 According to police on the scene, the two officers had stopped to help with a car that had broken down around 11 p.m. near Interstate 35E and Camp Wisdom Road.

A pickup truck then came and hit the officers' squad vehicle, authorities say.

It is unknown whether the officers were inside or outside of the vehicle when it was hit, according to investigators.

One sergeant told WFAA that both officers were transported to the hospital in "good condition."

The driver of the truck remained on the scene. It is unknown at this time if any charges will be filed, according to police.

Officers say no other injuries were reported.