Trucking industry facing a hiring and retention crisis, with the busiest time for shipping just weeks away

Information from the Bureau of Labor Statistics shows the truck transportation industry lost 6% of its pre-pandemic labor force of 1.52 million workers. 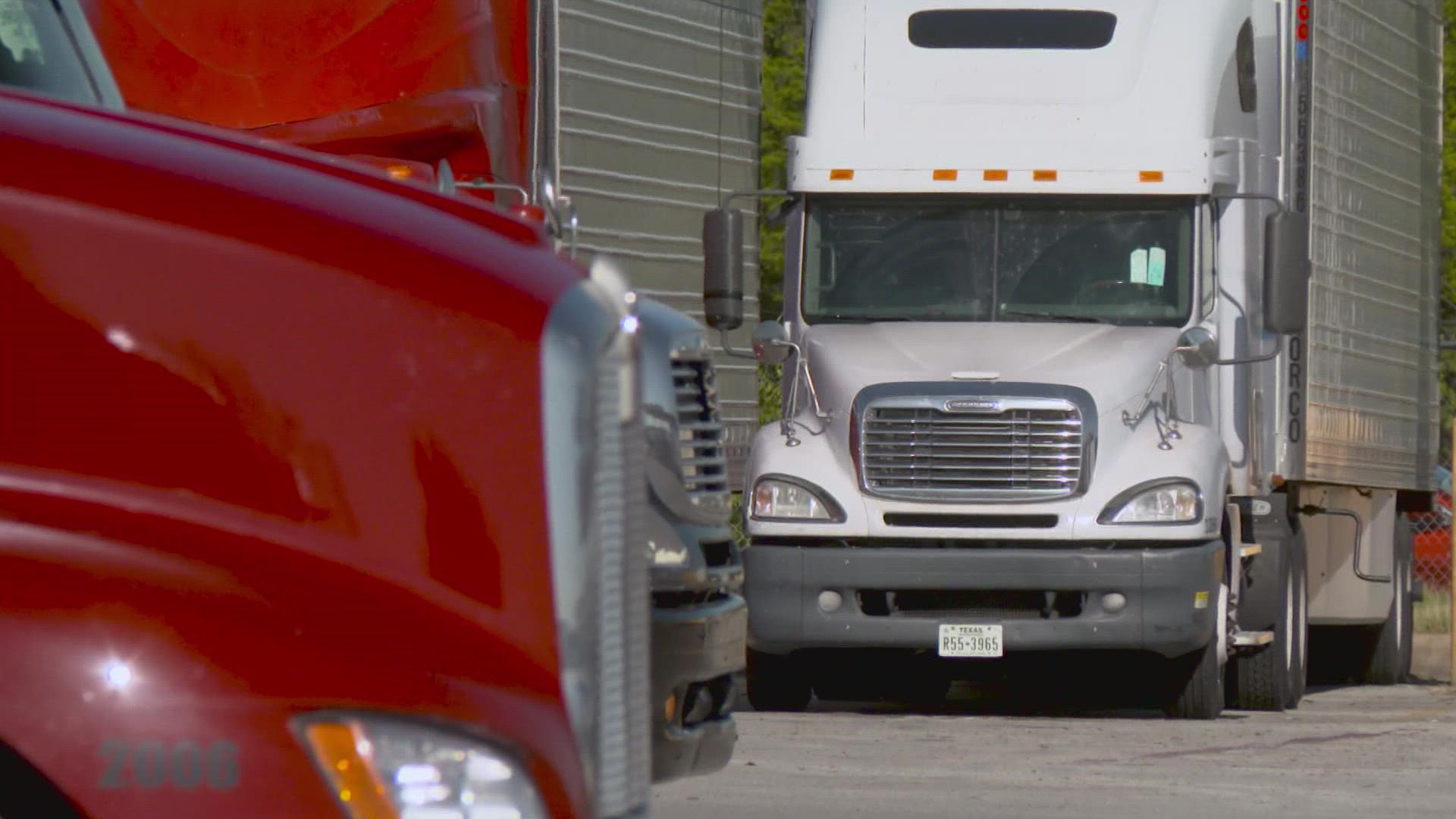 DALLAS, Texas — Freight operators nationwide are scrambling to meet shipping demands as they desperately try to lure more drivers into the pipeline of America's supply chain.

According to the American Trucking Associations, the reality is that the industry is facing a hiring and retention crisis.

The trucking industry lost 6% of its pre-pandemic labor force of 1.52 million workers per information from the Bureau of Labor Statistics. That's roughly 91,000 workers.

Freight operators are doing everything they can to attract new blood. Many are handing out higher wages and incentives.

In August, Eric Fuller, the CEO of U.S. Xpress, told 'Yahoo! Finance' that his company has doled out 30% to 35% in total pay increases over the last 12 months.

A few issues are being attributed to the problem. The first surrounds the median income for drivers, which sits at $47,130 per year.

Joseph Coutts, a 72-year-old truck driver from Indiana, told WFAA on Monday that drivers don't feel like they're being paid enough for the amount of time they're on the clock and for the stresses of the job.

Also, Coutts added that most drivers don't get paid much for "detention time" or the time drivers have to wait because a shipper has impeded them from loading or unloading.

"You don't feel fully compensated for the work that you do," Coutts said.

Coutts has been driving since 2002. He came to America from India and got into the trucking industry after being a teacher. He's an anomaly in the median age of truckers, which sits around 46-47.

Many of those that have left have opted for retirement.

Supply chain issues now have the attention of the Biden administration, which has created a task force to address solutions for economic recovery.

A possible fix is lowering the minimum age to 18 from 21 for interstate drivers.

But some in the industry think teens that young may not be up to the task and could get into more accidents.

However, Austin Carter and his fiancee Sierra Nicole want to bridge the gap.

They operate Elite Trade Academy and want to open up a school to help get younger drivers certified, even women who don't dominate the industry, and on the road.

Carter used to be a truck driver himself and owned a trucking business with Nicole before selling it last year. At one time, they oversaw several trucks.

The pair is now trying to get investors involved in the project before more federal driving requirements become active in February 2022.

"Our goal is to bring in the younger generation and specifically women to fill the gaps," Nicole said. "We're always going to need products on the shelves when you go to the store, so there's a huge opportunity right now for new drivers to come in."

But things may get worse before they get better. With the holidays approaching, drivers like Coutts are staring at heavy deadlines and a bottlenecked supply chain that may get even more sluggish.

"It's taxing -- it's tedious," Coutts said. "If we don't get compensated as we should be, then what's the point of all this?"