Tracking down Late Night Dave's family: The search for next of kin after a friend dies

It took one week for David Vance Huber's family members to be notified of his death. 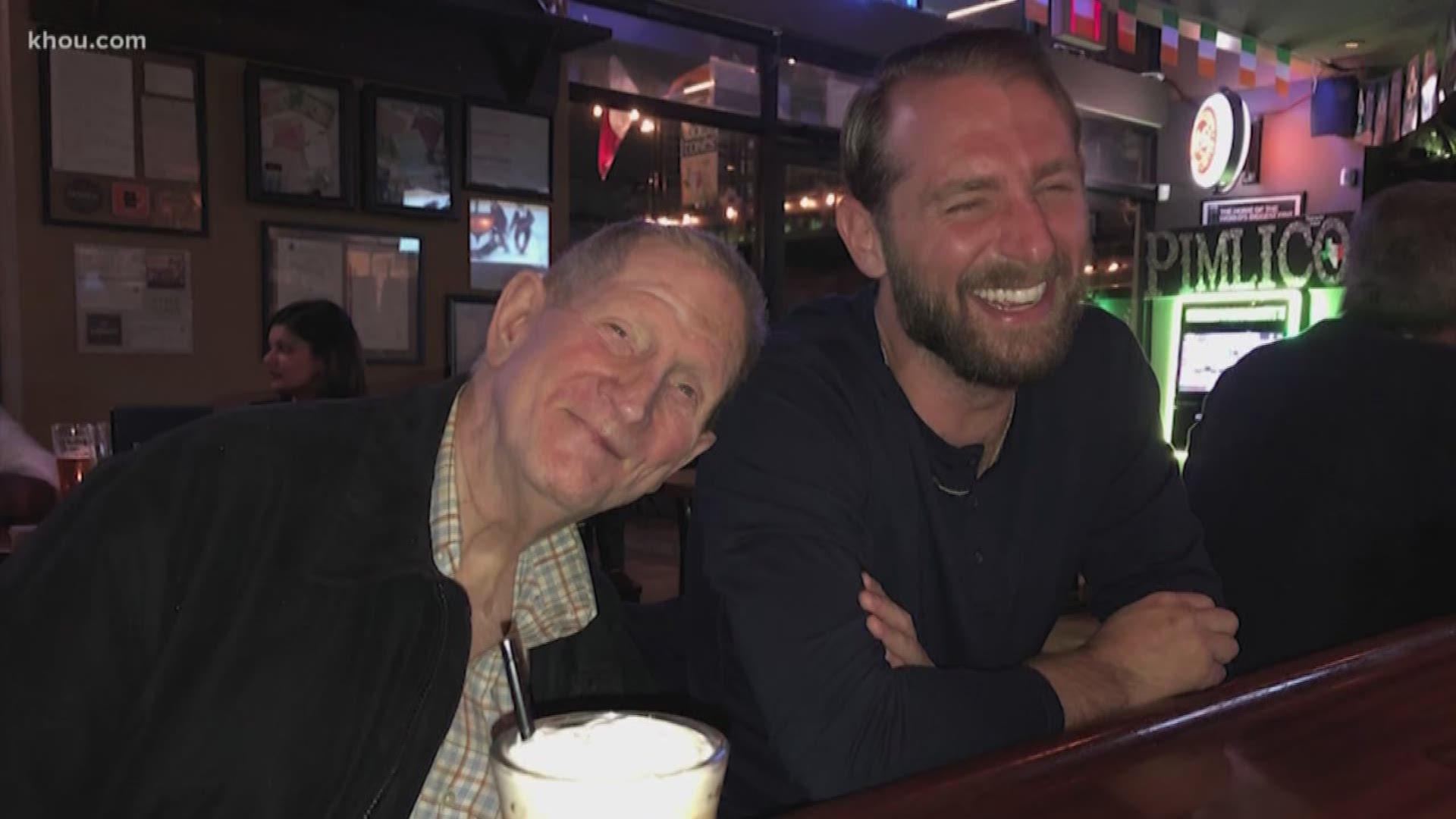 HOUSTON — It took one week to find them, but on Wednesday morning, the Harris County Medical Examiner's Office said David Vance Huber's family members were notified of his death.

Huber, known by most as "Late Night Dave," died alone in his west Houston apartment at the age of 74 last week.

His death hit my circle of friends hard because Dave was one of our best friends.

The delay in the next of kin notification was baffling, but understandable. For a man so many people spent countless hours talking to, a large group of Dave's friends had absolutely no idea who any of his family members were or how to get in touch with them.

He told us countless times that he was estranged from his family. He was adopted. He told us he was married at least two times and had at least two children, but we've never met any of his wives or kids. He also told us he had a sister, but we didn't know where she was or how to get ahold of her.

The Medical Examiner's Office was where we started our journey last Friday to do our part to ensure Late Night Dave gets the treatment he deserves. From there, we were sent in circles in our efforts. From the apartment where he died to the police to attorneys -- all we encountered were dead ends because we aren't family.

That all changed on Tuesday afternoon/evening after I wrote this initial story. The emails started flooding in with information. I can't say this enough: THANK YOU! My own grandmother reached out and put her sleuthing skills to work, scouring her genealogy resources to help me get answers.

Late Tuesday evening, I called the ME's Office and provided contact information for what I thought was his son in Louisiana and his son-in-law in Las Vegas.

About 8 p.m. Tuesday, I got a call from Dave's son-in-law in Las Vegas. He's a homicide detective for the police department. He identified himself and a sudden calm came over me. It worked.

Dave deserves a proper burial service and memorial, and now we should be able to make sure he gets it.

I met Late Night Dave the first time at The Harp on Richmond around 2011. He was a regular at the bar and I was a journalism student at the University of Houston and was working at the Houston Chronicle. Dave was a news junkie. When he found out I was in the industry, we connected instantly. That's when we started exchanging life stories.

David Huber was a veteran.

As he told his story, he was a phlebotomist in the Texas Air National Guard and drew the blood of George W. Bush at Ellington Field Joint Reserve Base in the late 60s when Bush joined.

Late Night Dave was a staple in the Houston community. He was a regular at several restaurants and bars, even after his stroke in 1986.

He didn't get around as fast as most and his right arm was rendered almost completely useless after the stroke, but Dave was able to hold a conversation and make just about anyone laugh at any time.

His laugh was a spectacle in itself. If you got Dave going, he was hard to stop. He would yell and slap his palm on the bar top all while laughing just about as hard as I've ever seen anyone laugh in my life. And that would happen over just about any quip muttered within a 10-foot radius of the man.

Late in his life, Dave was hard to understand when he spoke due to the deterioration of his dental health as well as complications from his stroke. The slight barrier didn't stop Dave from talking to anyone who would listen. The man had a heart of gold.

Anyone who knew Dave knew two things: he loved his Pall Mall 100s and would drink just about anything at the bar. From beer to whiskey and wine, Dave was the funniest drink hoarders I've ever met. At The Harp, he would sit at the corner of the bar and have as many drinks he could fit behind the pillar at a time.

You see, Dave was the customer that stayed at the bar after all the other patrons went home to keep the bartenders company and act as a "security guard." He was a bartender's best friend. He tipped well and was consistent. He showed up every night and never caused trouble. He'd even bring in food every now and then.

He was a jukebox hero, setting the bar's mood with smooth jazz tunes from decades back. He'd even get up and do a little swing dance every now and then. A little hip action along with his left arm swinging and snapping with the music.

That's some of Dave's background, but the truth is we just want him to have a proper burial service because he deserves it. He was THAT special.

We're doing our best to set up a funeral and memorial service, but at this moment, we're at a standstill. We'll do our best to let everyone know what we are able to do for him.

I really am grateful I was able to update this story with a happy ending sooner rather than later.

Rest in peace, friend. You will never be forgotten.

RELATED: Do you know them? Burial set for homeless veterans