'There was promises made that we were going to get bricks': Residents to meet Tuesday night over aesthetic concerns with school's new front entrance. 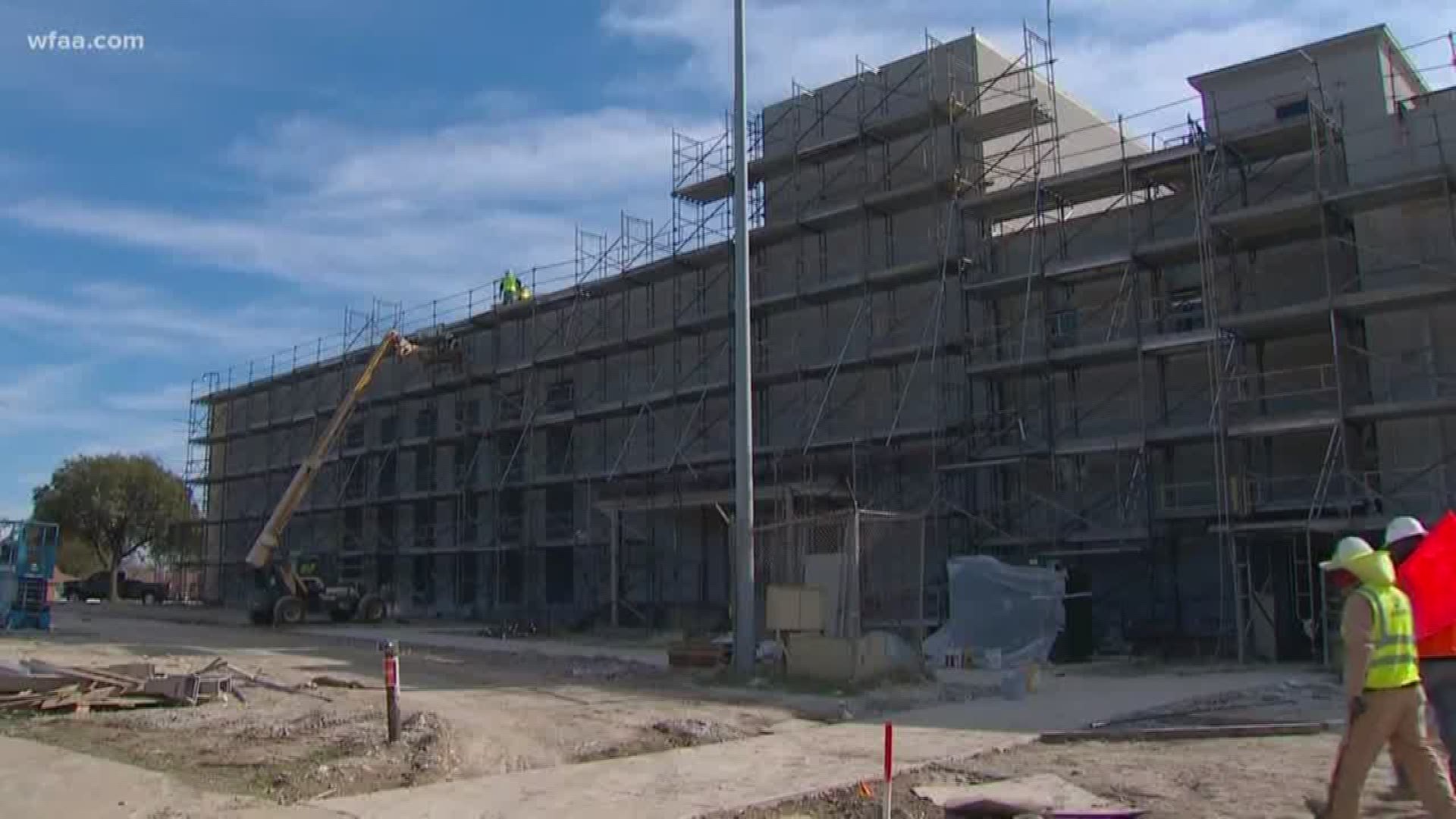 DALLAS — You can see a lot of progress at the South Oak Cliff campus.

A brand new entrance on the South Marsalis Avenue side of the campus has taken shape. There are floor-to-ceiling windows and a contemporary chandelier feature above the lobby. Views overlook the new driveway and city skyline.

The competition gymnasiums look polished. There is also a new amphitheater and a couple of courtyards for students and staff to enjoy when the school ultimately opens.

However, with all of the progress, and some unexpected construction delays, some community members still have concerns.

"There was promises made that we were going to get bricks," Johnson said.

Johnson says some alumni and residents have issues with the school’s façade.

They say Dallas ISD administrators gave community members the option of replacing the existing old brick on either side of the new entrance with a stucco or brick option. The community voted on brick.

The trustee says many people feel the district is now trying to force them to settle with stucco in order to get the students back sooner.

"Administration did some work and found that there were some unforeseen things behind the brick that we were not aware of," Johnson said. "So, therefore, we were going to get the stucco right now."

Transparency is why Johnson says he is hosting a town hall meeting at 6:30 p.m. Tuesday at the Village Fair campus library. He wants administrators to lay out all the issues to the community.

"Dr. Hinojosa has promised that if the community is not satisfied with the stucco, in the 2020 bond we will come back and get the stucco that was promised," Johnson said.

Johnson says some parents, alumni, and residents feel it all boils down to broken promises, equity, and feeling – as if their voices and their votes aren’t valued with Dallas ISD.

The trustee explained he will continue fighting until South Oak Cliff High School is ready for the students.

”This is a new day in Dallas ISD in District 5,” Johnson said. “I’m going to make sure that things that was promised to this community is done in District 5.”