According to Moody’s Analytics, an estimated 12 million tenants will be on the hook for an average of $5,850 dollars in back utilities and rent. 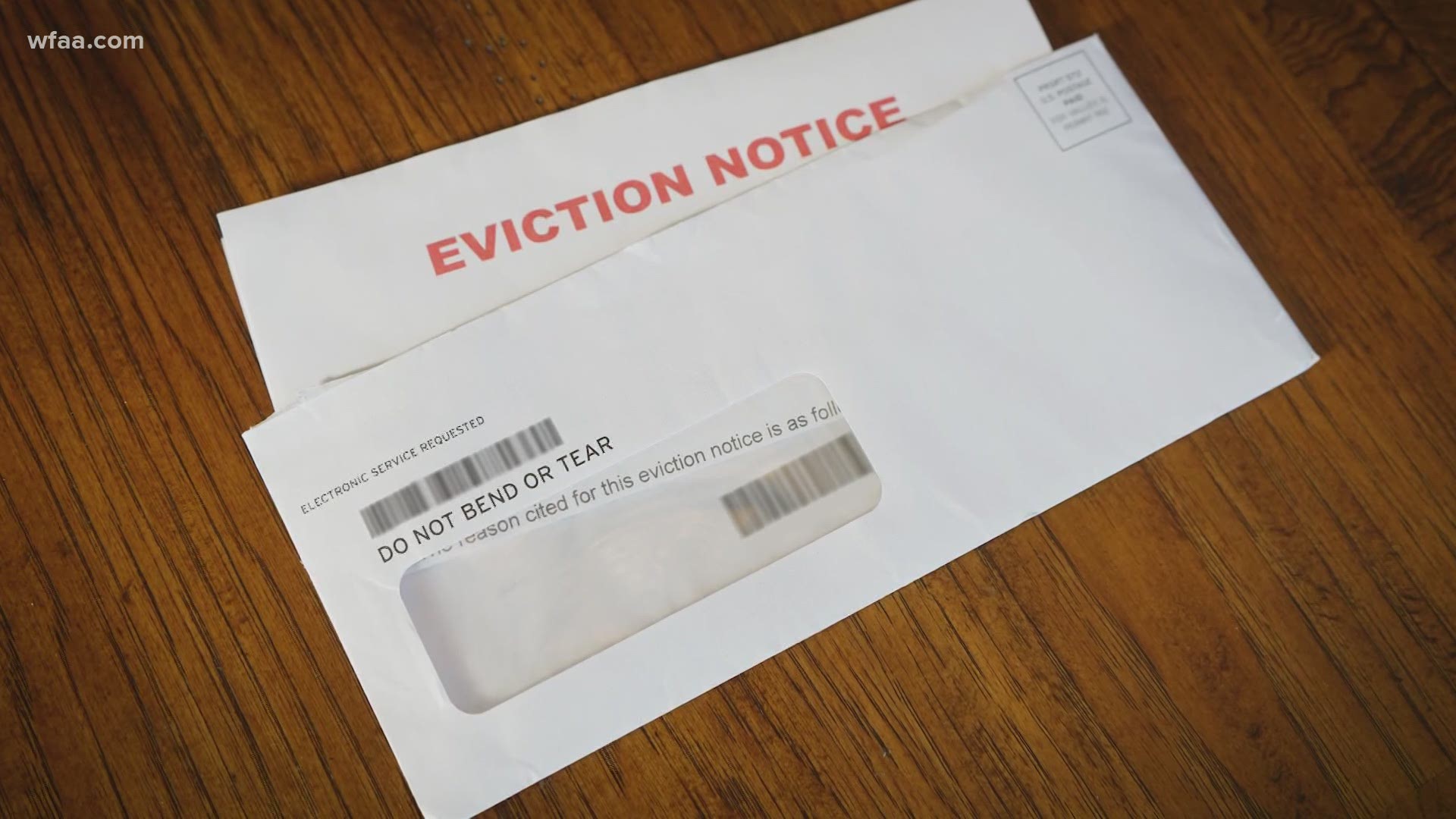 Come the new year, the number of North Texans who are homeless is expected to skyrocket.

According to the most recent data available, there were about 6,800 North Texans considered to be homeless as of January. Economists estimate that number could increase by 50% next year if a federal eviction moratorium is not extended.

Unemployed Texans were able to delay paying rent during the pandemic under federal protections. The Centers for Disease Control and Prevention used its’ authority to halt evictions through the end of the year in order to prevent the spread of COVID-19.

But that order expires Dec. 31, leaving many low-income families months behind on rent that they must pay.

According to Moody’s Analytics, an estimated 12 million tenants will be on the hook for an average of $5,850 dollars in back utilities and rent.

“It’s going to be devastating for North Texas. I think a lot of families are going to end up homeless,” said Rachel Khirallah, a Dallas-based real estate attorney who specializes in foreclosure litigation.

Khirallah said there have been about 400 eviction cases filed in Tarrant County in the past few months.

Nearly 12 million Americans are set to lose their unemployment benefits when the Pandemic Unemployment Assistance program created by the CARES Act expires Dec. 26.

So what options do North Texans have for staying in their rentals after Jan. 1?

“The best chance that [tenants] have is just begging and pleading with their landlord. And keeping a paper trail. That’s the most important thing,” said Khirallah.

“If you do talk to your landlord make sure you get anything that the landlord agrees to in writing."

“A landlord absolutely doesn’t have the right in a residential setting to lock you out or evict you without a court order first,” Khirallah said.

Even if a landlord obtains a court order signed by a judge, the tenant has the right to appeal the eviction up to the county court at law.

“Until you’ve exhausted all of your appellate remedies, a landlord is not allowed to physically remove [the tenant] from the premises,” she said.

Due to COVID-19, it is expected that the local courts will be backlogged when they resume normal proceedings in 2021. Khirallah says the number of filings could buy tenants a couple more months before they are legally required to vacate the premises.

To learn more about your rights as a tenant and also apply for relief, visit the Texas Tenants Union.