These Christian, Jewish and Muslim women have been meeting monthly for almost two decades. One tumultuous year couldn’t stop them.

A June picnic was the first face-to-face interaction the Daughters of Abraham have had since February 2020. 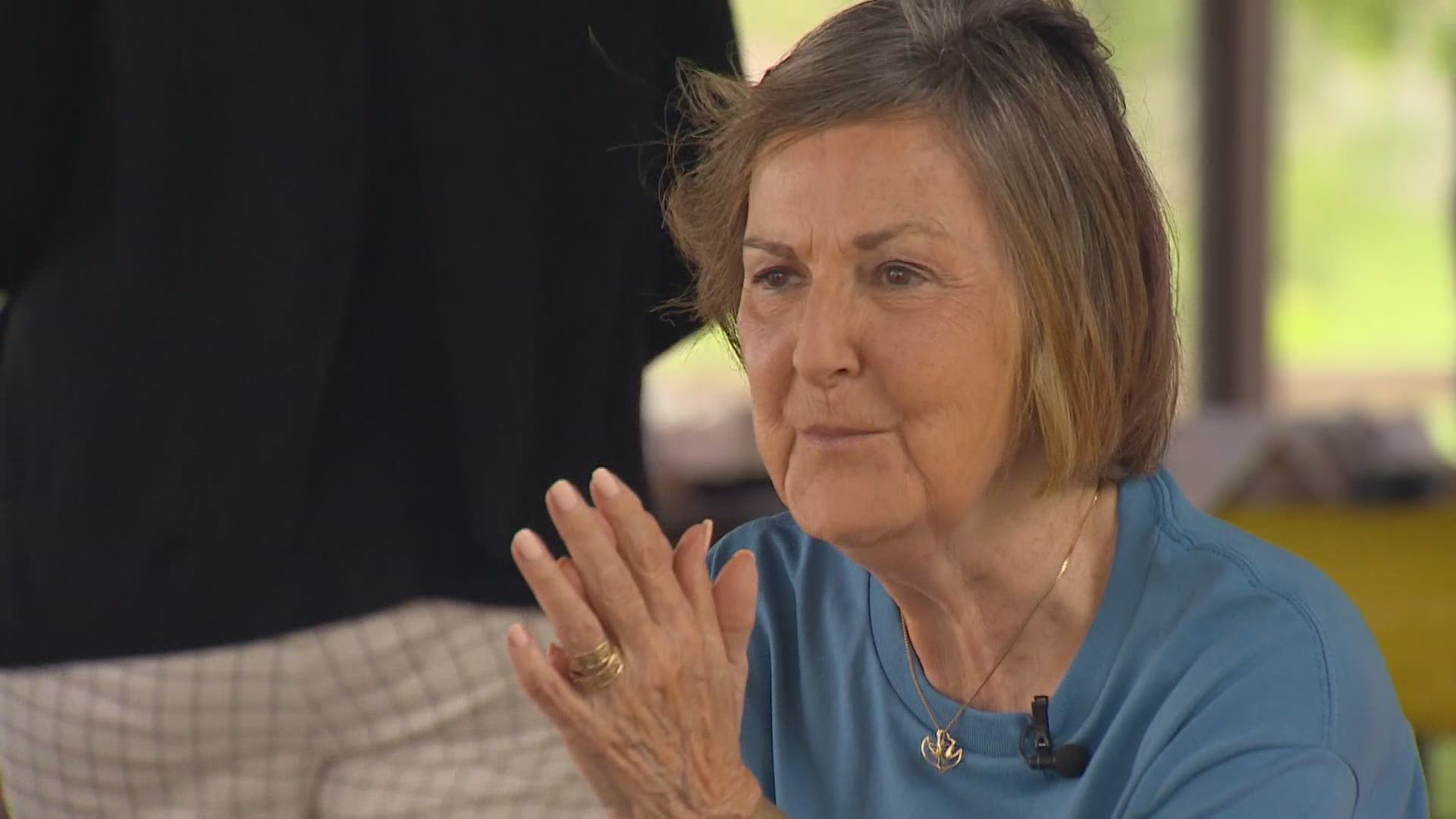 ARLINGTON, Texas — Janice Harris Lord has always believed the more time you spend with someone, the more you find in common.

And the more you find in common, the easier it is to build a friendship.

Time spent together over food is even better.

Lord teared up as she watched friends of almost 20 years arriving for a long-awaited picnic at Lake Arlington.

Everyone brought food, wore a smile, and opened their hearts and arms to hugs.

“I thought we might have some today who wanted to mask and distance, but everybody is just so ready,” Lord said. “Ready for real relationships again.”

After the September 11, 2001 terrorist attacks, Lord longed to do something to build bridges. She’s a Christian and she felt like she had much to learn from other faiths.

So, she invited Jewish and Muslim women to join a few Christian women for a casual meeting.

There are multiple chapters across North Texas and beyond.

A global pandemic threatened to shut them down, but it didn’t.

Daughters of Abraham moved their meetings to Zoom, teaching even their oldest members to use the platform.

“Our attendance didn’t wane. We had a good 30 people on each Zoom,” Lord said.

They could only see each other virtually as a chaotic year unfolded around them – COVID, social justice protests, a polarizing election, an insurrection, and rockets flying in the Middle East.

It was enough to test many American’s faith.

But it never tested their interfaith friendships – they grew stronger despite the distance.

“That’s so much of what Daughters of Abraham is, is what the religions have in common,” said Jean Humphreys, of Arlington. “Not the differences.”

At the June picnic – the Daughters’ first face-to-face meeting in 16 months - Humphreys sat across from Nadia Rayan, of Fort Worth.

The group laughed and ate casseroles and Bundt cakes and shared recipes from their religious communities.

Rayan said it was hard to describe what it felt like to finally see her Christian and Jewish friends in person.

“I’m so glad to see everybody,” she said. “A feeling I cannot explain really.”

The world changed in 16 months, but Lord said the fundamentals of Daughters of Abraham didn’t.

“We never, never waiver from our very strong belief that peace can come. It can come,” she said.

“If we can do this for 20 years and still get along and still love one another and not have any fights, peace is possible.”