The Vault | A quick history of Louisville Slugger Museum's opening

The museum said they have seen more than 4 million guests, including politicians, world famous athletes and even ordinary people marking major milestones. 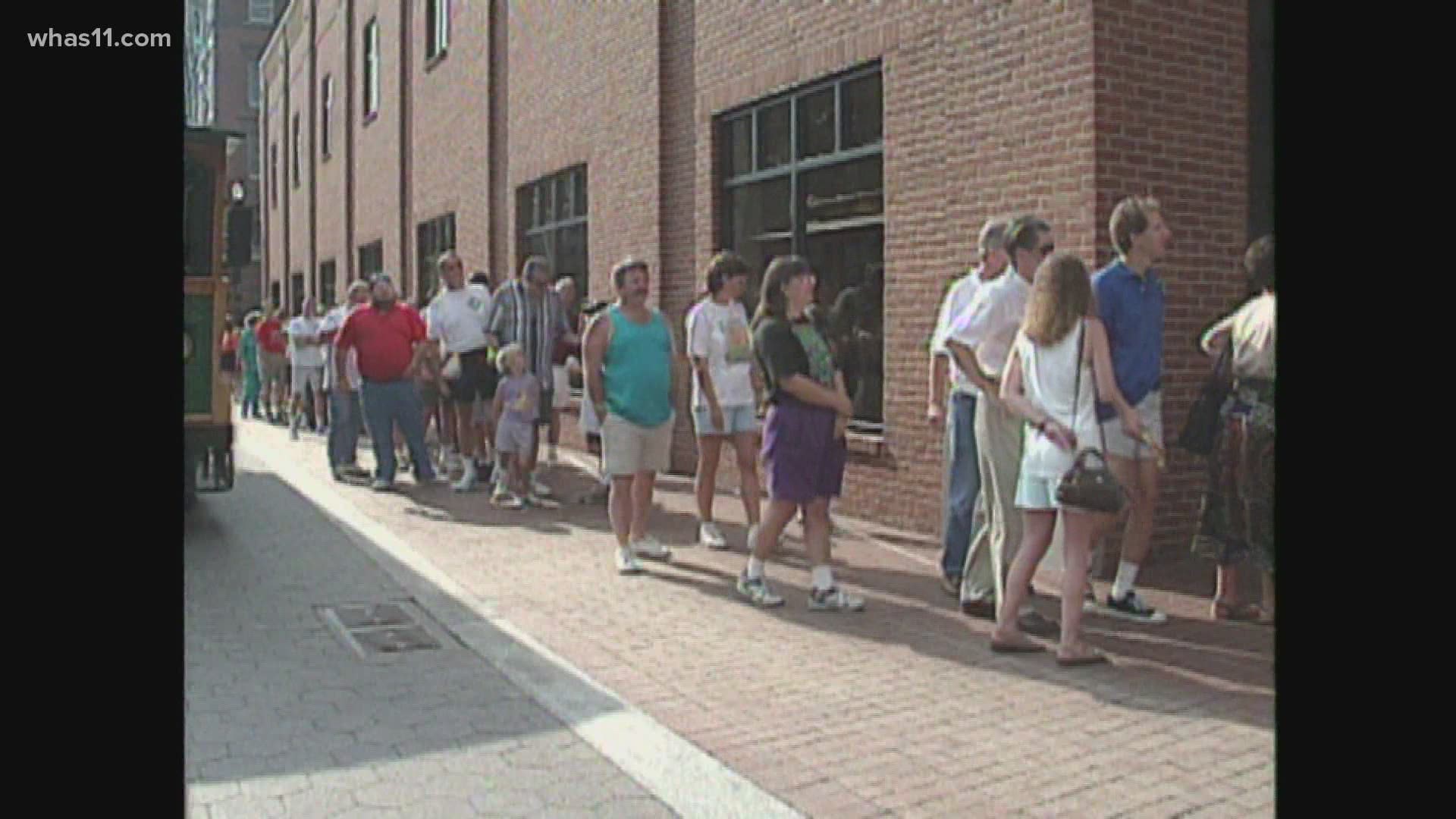 LOUISVILLE, Ky. — After a 25-year hiatus across the river in southern Indiana, Hillerich and Bradsby was back in Louisville in 1996.

The new location was about seven blocks from the original carpentry shop where it all began more than 100 years ago.

Famous athletes were there for the big grand opening and some were surprised to learn of Slugger’s storied history.

The museum’s centerpiece was a bat given to Phil Morrow’s grandfather by Babe Ruth after it broke in 1927.

Morrow said it almost brought tears to his eyes and a lot of memories.

During the first couple of months of the museum’s existence, many political appearances played out with the world’s biggest bat as a back drop.

"Thank you for this Louisville Slugger, you know I've got one more debate and from what I've heard, I may need this," Former President Bill Clinton said in October 1996.

He wouldn’t be the first or last president to plea for Kentuckian’s votes in front of the Louisville attraction.

He wouldn't be the first or last president to plea for Kentuckian's vote… in front of the Louisville attraction….

Amid a steady downpour, hundreds braved the rain to see then Texas Governor George W Bush.

"I understand that the last two presidential elections haven't gone well for republicans but guess what! That day is over! We're going to carry Kentucky," he said to crowds.

That was in 2000, just days after Bush named Dick Cheney as his running mate, but he didn’t just draw supporters, a few in opposition made their voices heard.

Credit: WHAS-TV
George W. Bush stands at the Louisville Slugger Museum during a campaign stop in 2000.

George W. Bush would go on to win the election later that year, defeating Al Gore.

"I will swear to uphold the honor and the dignity of the highest office to wish I have been elected so help me god," he said.

There have been many famous faces at the Slugger Museum over the years along with many memories including marriage proposals.

In 2015, Wilson Sporting Goods bought the Louisville Slugger brand from Hillerich and Bradsby.

Since they've been open, the museum said more than 4 million guests have visited.