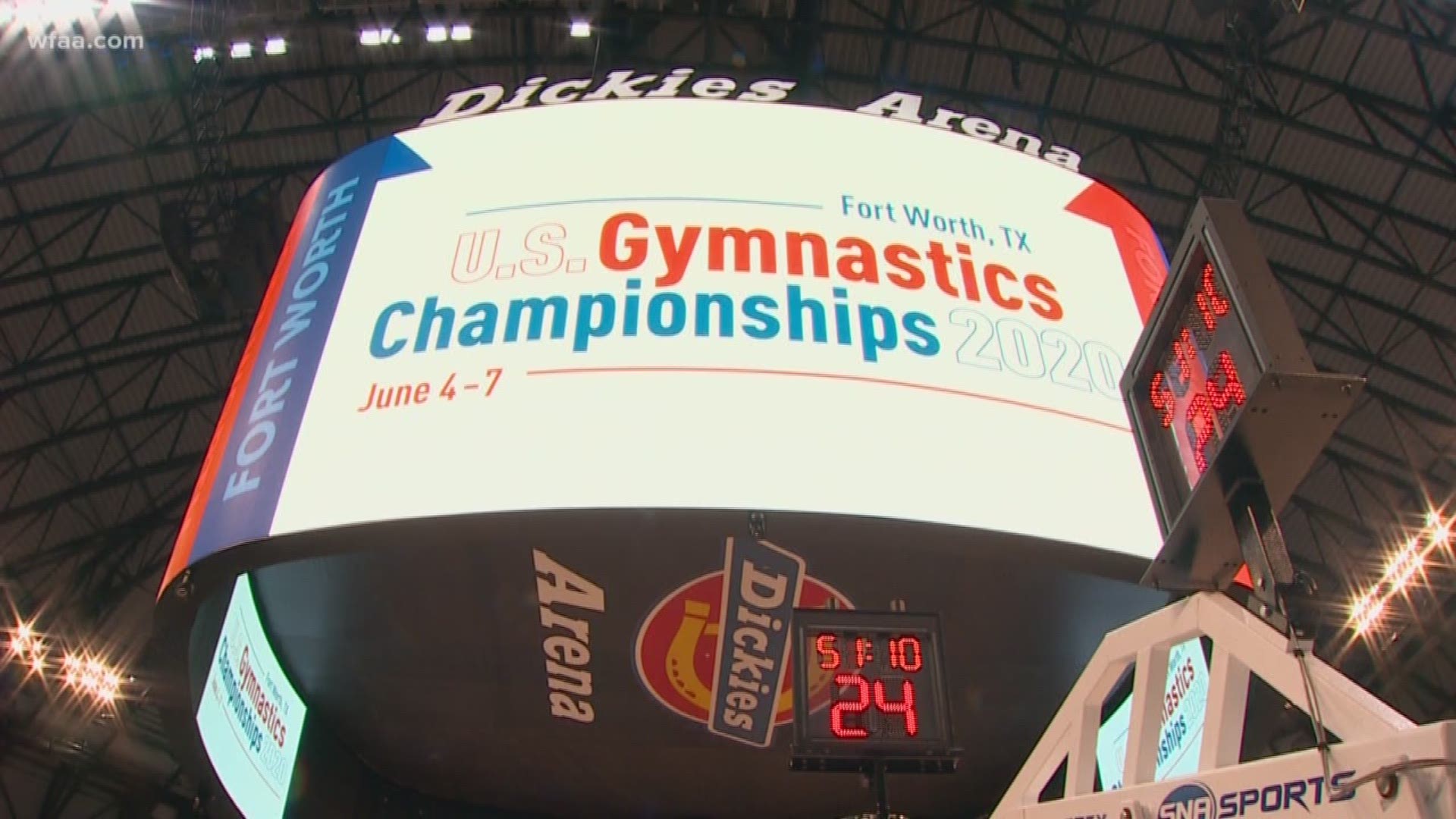 The gateway to the West is now the gateway to Olympic gold. USA Gymnastics announced Wednesday its National Championships will be held in June 2020 at Dickies Arena in Fort Worth.

“It’s exciting to have them here in Fort Worth,” Fort Worth Mayor Betsy Price said. “What a golden opportunity for people to have an almost face-to-face interaction with the ones who are going to be our champions in Tokyo.”

The USA Gymnastics National Championships are scheduled for June 4th through June 7th.

Price joined representatives from USA Gymnastics Wednesday, including Carly Patterson Caldwell, the all-around champion in the 2004 Olympics in Athens, Greece.

She’s now an ambassador for USA Gymnastics based in McKinney and said fans in Fort Worth have the unique opportunity to witness one of the last chances for America's best gymnasts to qualify for Tokyo 2020.

“We’re going to be going into the Olympic trials later that month, so you want to have a good showing and you want a packed house,” Patterson Caldwell said.

Landing such a big event is proof the Dickies Arena investment is working.

The city’s investment into the $600 million arena is only $225 million. The city’s amount comes from parking fees, ticket taxes and stall taxes, which means it doesn’t come from general tax dollars, but is paid for by ticket holders.

The arena officially opens its doors this week, and with 10 events already scheduled for 2019, Dickies Arena is off to a fast start.