The Ridge at Lancaster is a new community that will offer both workforce and market rate housing in Phase I. Additional phases will include townhomes and retail. 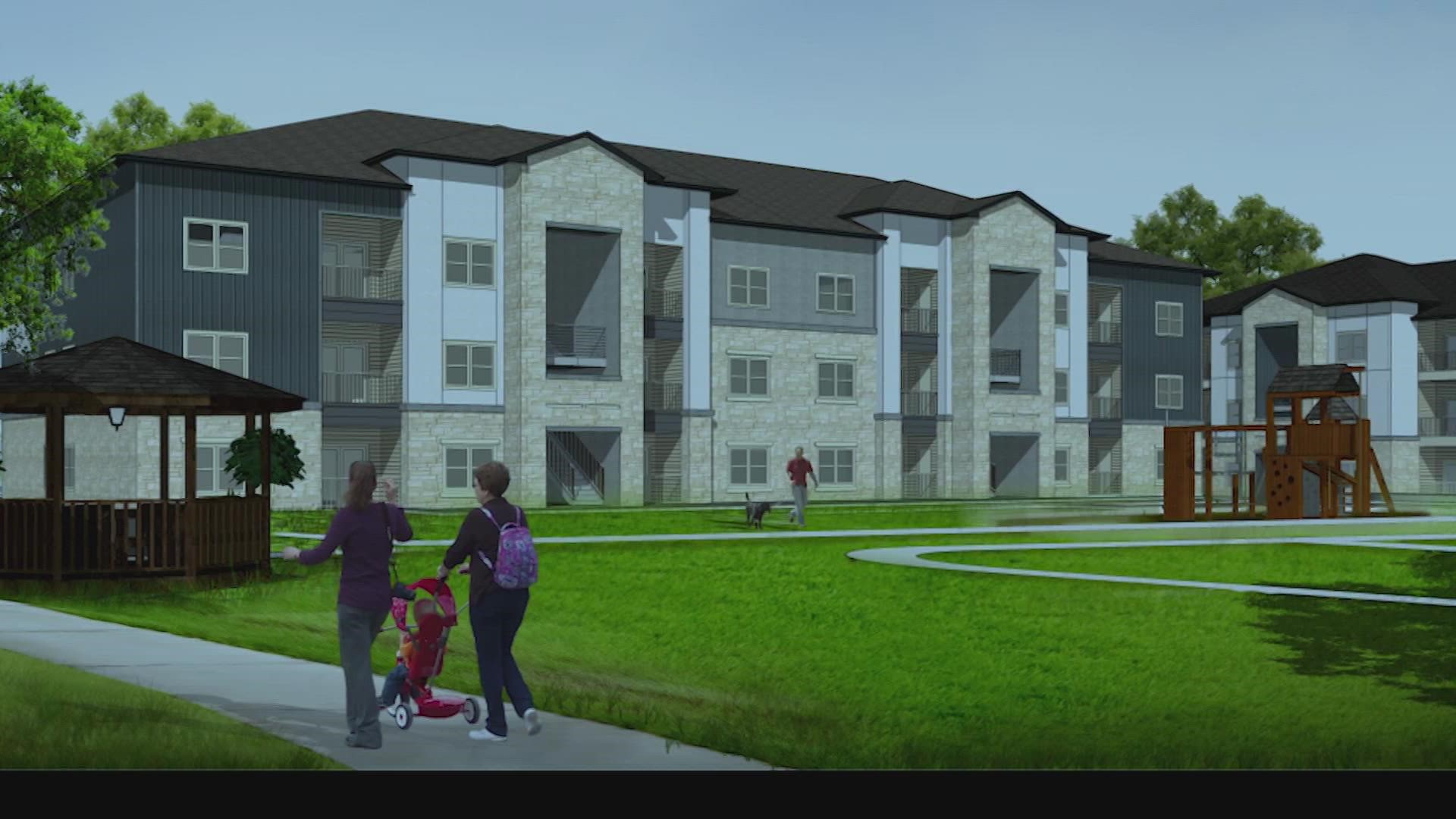 DALLAS — A new affordable housing development is under construction in Southern Dallas.

Workers are clearing the land and the dirt is turning on land near South Lancaster Road and Crouch Road, symbolizing the groundbreaking on The Ridge at Lancaster Apartments.

“Now, you’re getting a neighborhood that is building where there was not even rooftops or building in the last 10 years,” District 8 Councilman Tennell Atkins said during a groundbreaking event on Monday.

The Ridge at Lancaster Apartments is a $210-million investment spanning 63 acres. Staff with LDG Development said Phase I of the project will include 300 apartments. Of those units, 270 will be workforce housing, or income-restricted and available to those making less than $52,000 a year for a family of four.

30 of the units will be available at market rate.

The affordable housing development is also close to the Inland Port where there are thousands of jobs.

Phase II of the project, The Reserve at Lancaster, will include 250 townhomes. Phase III will add 250,000 square feet of commercial and retail space.

Atkins calls this and other LDG Development efforts, which are underway, a plus for Southern Dallas and for the entire city.

LDG Development Manager Jake Brown said his team is excited about The Ridge at Lancaster, and designers aren’t cutting any corners.

The developers said Phase I of The Ridge at Lancaster is expected to be completed by late 2022.