Prepare to be moved at this unique North Texas museum

The House Moving Museum pays tribute to this remarkable feat of engineering. 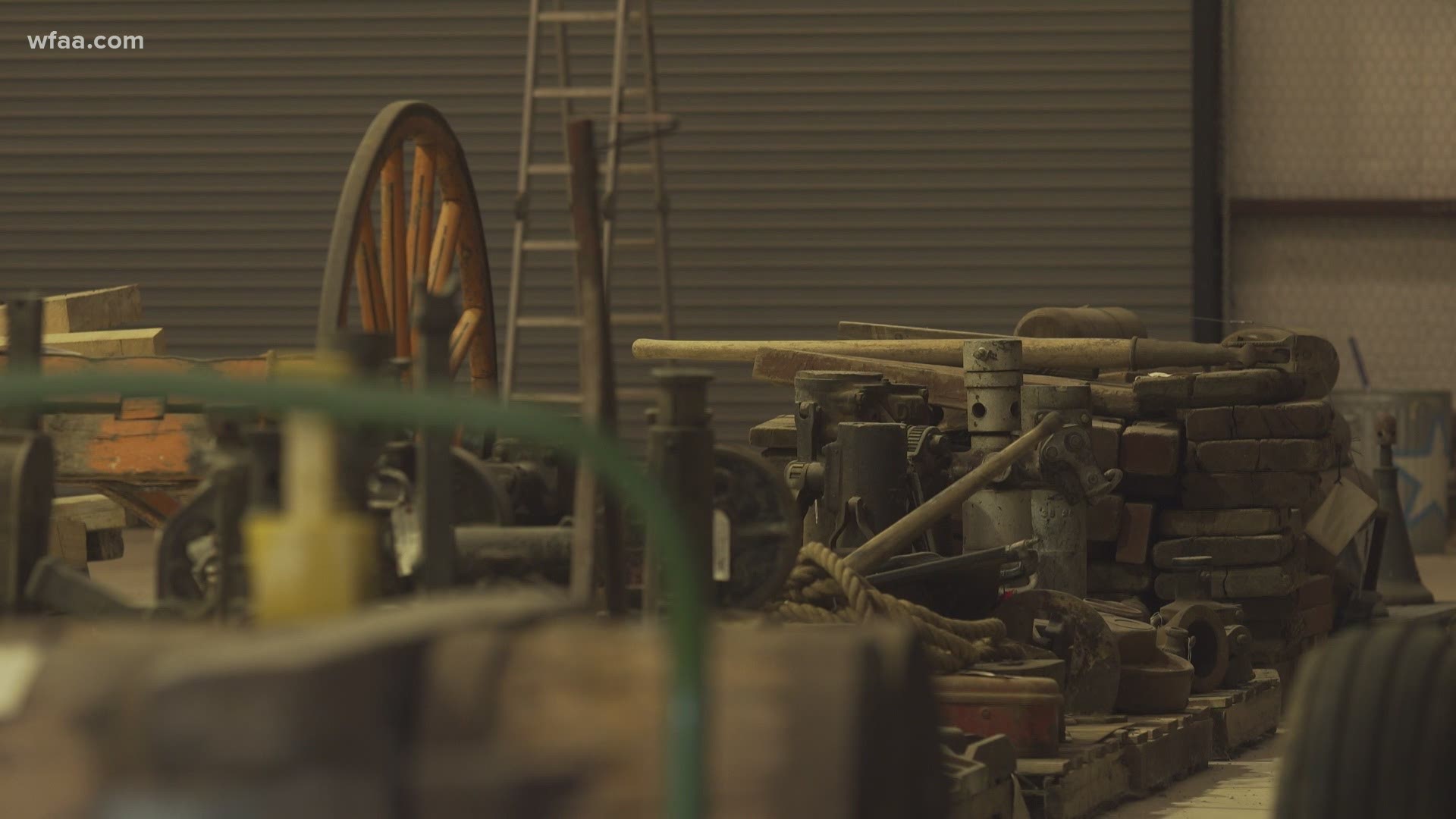 The Wizard of Oz probably did it best.

Picking up and moving a house took just seconds in the famed book and movie. But since our world looks more like Kansas than Oz, H.D. Snow is the guy who can make it look as easy as a walk down the yellow brick road.

“Oh, I’d move it faster and easier than they can build it,” Snow said.

The 86-year-old Snow has been moving houses, and other large structures, since the 1940s and says he’s seen a lot of that history end up in the trash.

“You know where you find them dollies,” he asked. “In the scrap pile. These jacks. In the scrapyard re-melting them. They’re gone.”

So, to keep that history alive and educate folks about his passion, he opened the House Moving Museum in Fort Worth.

The museum is loaded with house-moving history, like the time house movers saved the city of Galveston.

After a hurricane in 1900, workers raised every building in the city almost 20 feet and Snow has the equipment that did the job.

There are horse-powered pulleys, giant 60 foot beams and all sorts of equipment used throughout the years.

Visitors can even learn about Snow’s techniques. For example, each time he moves a house, he sets a glass of water inside to show that he can get a house to its location safely and smoothly.

In 40 years of doing that, he hasn’t spilled a single drop of water.

His company, H.D. Snow and Son House Moving, is so respected that it’s featured on a show called "Texas Flip and Move."

Snow has not only moved houses. He’s moved churches, bridges and even helped move a lighthouse.

Snow hopes he can move you too, to appreciate this remarkable feat of engineering and thanks to his museum, the history of moving houses isn’t going anywhere.

The House Moving Museum is open Monday to Friday from 8 a.m. to 5 p.m.