The Cowtown returns to Fort Worth next week, with some big pandemic changes

And because it's in warm May, instead of typical late February or early March, they're forgoing the marathon & ultra marathon races 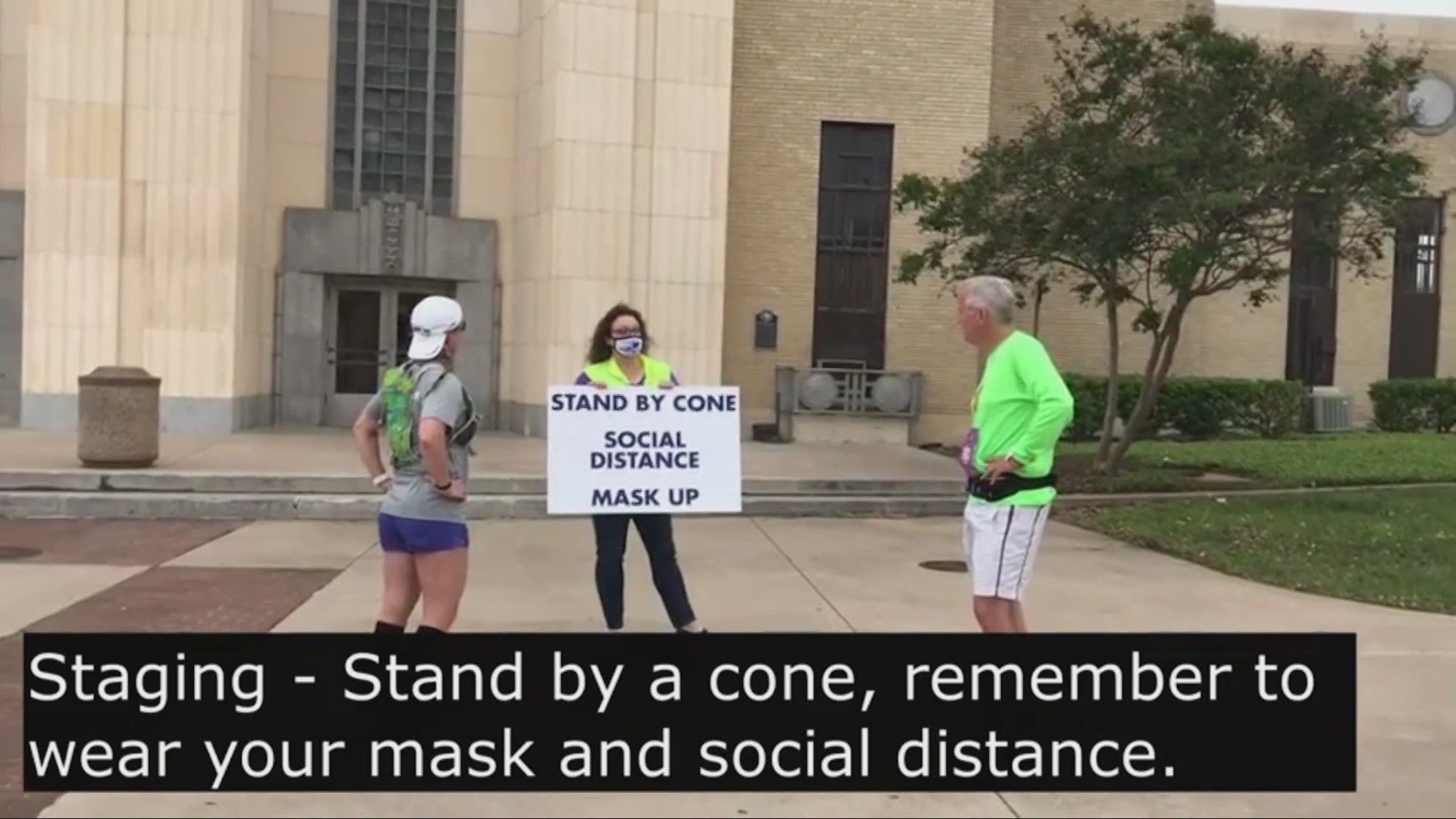 FORT WORTH, Texas — The last time Brandy Craig ran a big race was the Cowtown Marathon in March 2020. It was days before the world shut down due to the pandemic.

That's why next weekend's return of The Cowtown is a big deal. Last year's race was one of the very last major events in the United States before the shelter-in-place happened, said The Cowtown Executive Director Heidi Swartz.

"And now, we are definitely one of the first to be able to open up and have runners come back," she said Friday.

But this year's Cowtown will be quite a bit different, Swartz said, starting with bib pick-ups. That will be a drive-thru event. Corrals will be different, too; those are the areas runners typically gather in, shoulder to shoulder, before the race starts.

"That's not how its going to be at all," Swartz said.

Instead, runners will wait in their cars until 10 minutes before their individual start times. They'll then stand at cones, which will be spread six feet apart. And finally, four runners at a time will be called up to start running every four seconds. That way the entire thing can be socially-distanced. They'll wear masks until they start running, too, and again once they've finished.

Also, there won't be any spectators allowed at the finish line, in order to minimize crowds.

"It's going to look like no other Cowtown ever, but we get to have it," Swartz said. "And we're going try to make it as fun as possible. We have entertainment all along the courses."

This year, because the race was moved to warm May instead of late February or early March - when it usually happens - they've dropped the marathon and ultra marathon races. Also, total participation will be about a quarter of what it usually is. People will be running 5K, 10K and half marathons.

The safety protocols have Brandy Craig feeling confident and excited to run in a big race again.

"It will be really nice to kind of feel like the family is all back together again," she said.