What is a Blue Alert in Texas?

According to DPS, four criteria must be met to issue the alert. 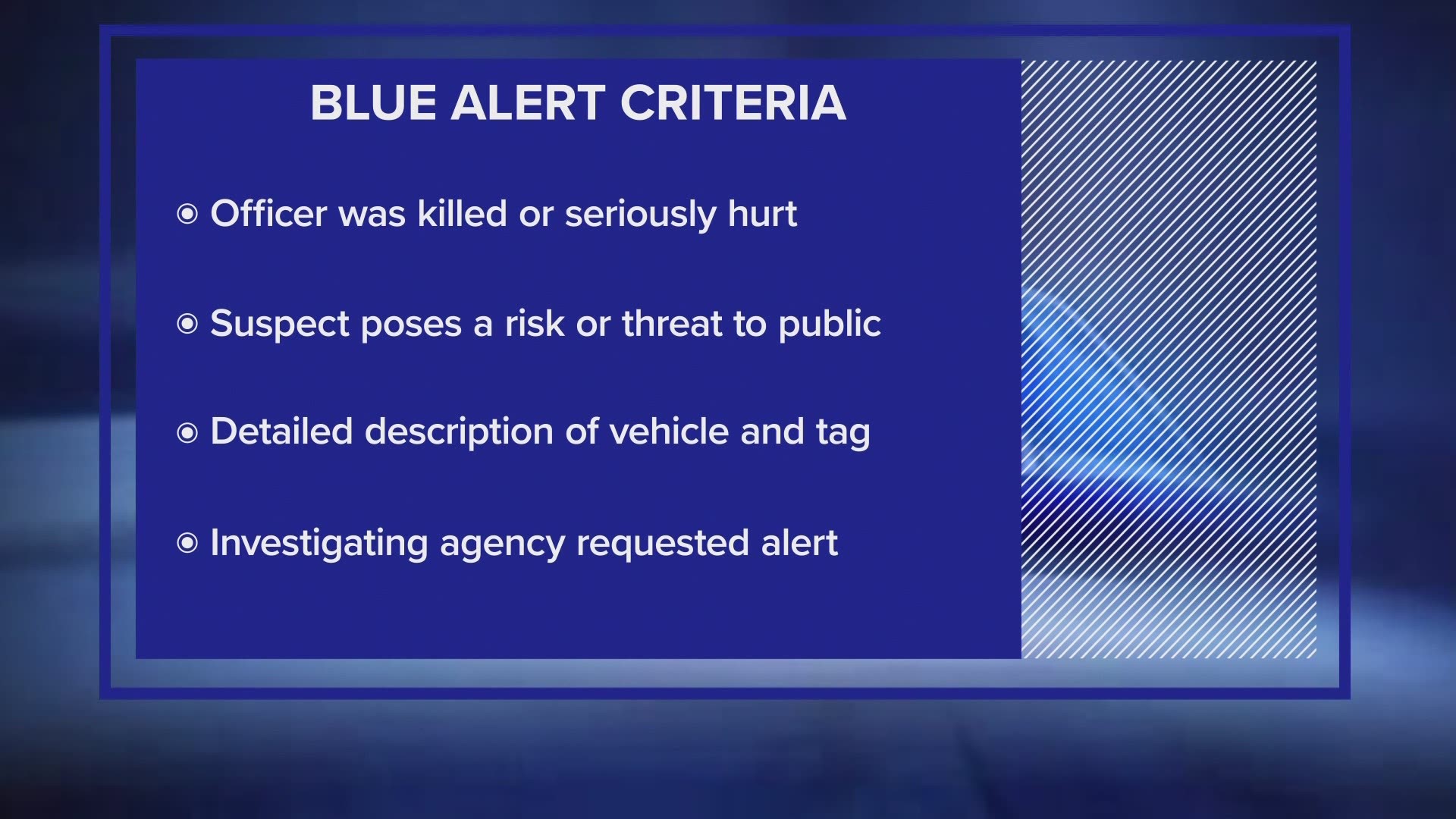 TEXAS, USA — A Blue Alert can be issued in Texas when authorities are searching for a suspect who shot a law enforcement officer.

The alert was launched in Texas in 2008 when then-governor Rick Perry signed Executive Order RP-68.

It was created to let residents across the state know when an offender who killed or seriously injured a federal, state, or local law enforcement officer in the line of duty is on the run.

According to DPS, four criteria must be met to issue the alert:

Texas is one of dozens of states that currently use the alert system.