In past sessions, the bill has always died in the House. 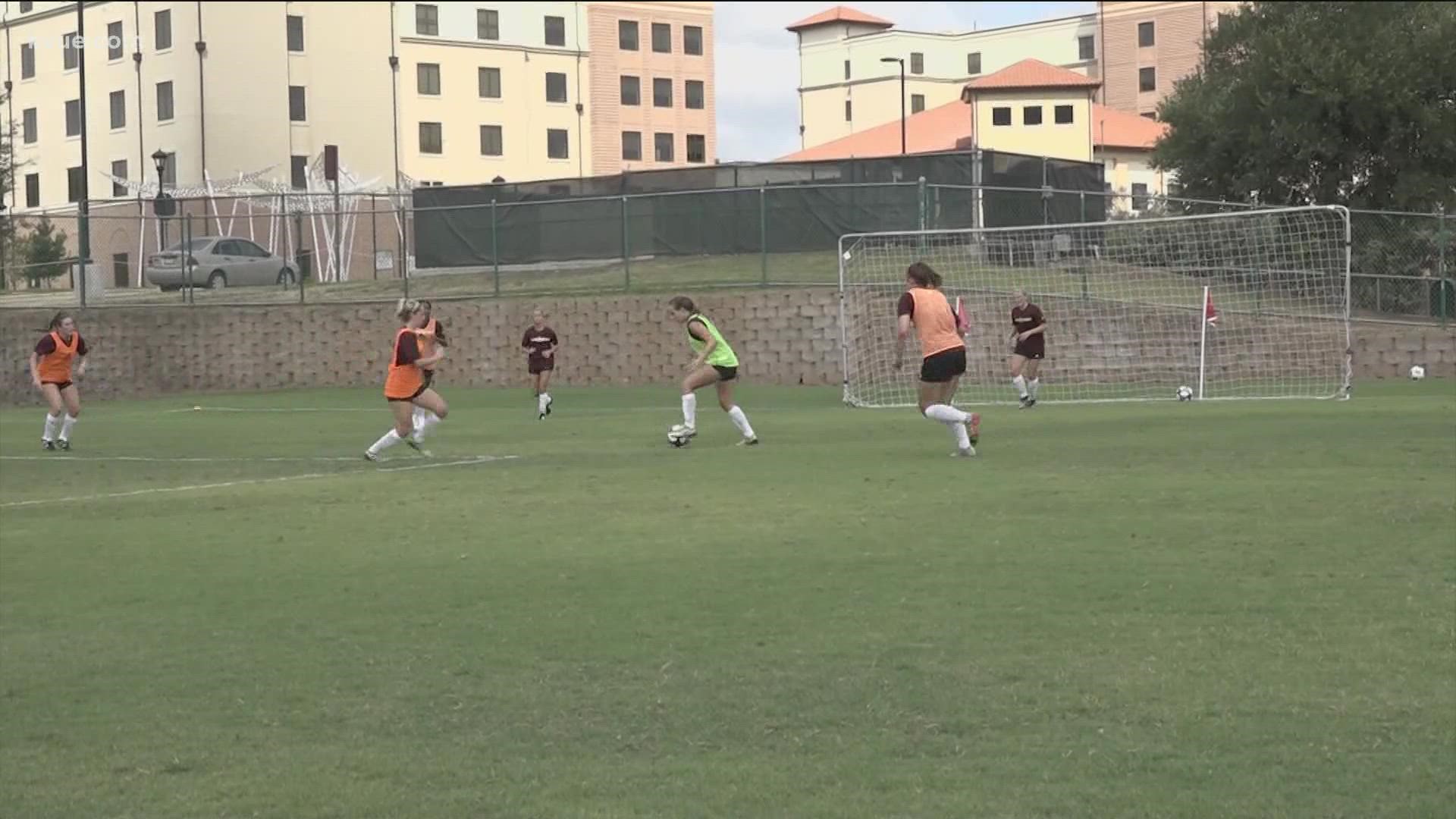 AUSTIN, Texas — A bill that would require transgender student-athletes to play on sports teams based on their sex assigned at or near birth passed the Texas House after heated debate took place Thursday.

After 10 hours of debate, the Texas House gave an initial approval 76-54, adjourned for 10 minutes, and came back to officially pass the bill with its final vote, again 76-54.

The bill has heard many hours of public testimony during the third special session and passed out of committee earlier this month.

"We all know men and women are built differently. And the results prove the unfairness of forcing our daughters and granddaughters to compete against biological males," said Rep. Valoree Swanson (R-Spring) last week. "To say otherwise doesn't just reject biology, it denies girls their dignity, self-confidence and humanity."

"I'll tell you a problem that exists now, which is the ostracizing of transgender youth, and the data is startling when it comes to their suicide rates," said Rep. Joe Moody (D-El Paso). "So that is real data, the real problem that I'm not seeing somewhere in the future. It's going to increase with efforts like this and just the fact that we're having this hearing."

Other groups opposing the bill, such as the Human Rights Campaign, Equality Texas and the ACLU of Texas, have held multiple rallies against the bill at the Texas Capitol. They say that thousands of transgender and nonbinary students in Texas have reached out to crisis call centers this year, many stating that they have considered suicide or self-harm due to the anti-trans laws that have been under debate.

"Since the session began, we have learned of incident after incident where transgender kids and adults are attacked verbally, physically and sometimes fatally for simply being themselves," said Ricardo Martinez, CEO of Equality Texas. "The relentless effort by lawmakers to dehumanize transgender people has contributed to creating unwelcoming spaces for trans Texans. Whether it’s school, work, or accessing public accommodations, transgender Texans do not deserve to worry about their safety and well-being. Ignoring the harm caused by these bills to prioritize hypothetical emergencies is nothing short of negligent leadership."

Texas Lt. Gov. Dan Patrick has said this bill was his priority during the third special session.

“Look, it’s just basic fairness,” Patrick told KVUE in September. “We’re not trying to be against anyone or their lifestyle – that’s their decision. But we also can’t take away the rights of girls and women, and allowing boys to play girl sports is just unfair. Boys can run faster, hit the ball longer if they’re playing softball, hit three-point shots and rebound better. They can beat girls in track and field, as I’ve said, they can run faster. They can beat them in wrestling – that’s already happened in Texas – because they’re strong. It’s just not fair.”

In closing statements, opponents of the bill decried it as bullying kids.

Similar legislation has passed in the Senate all four times lawmakers have met this year, but it has always died in the House.

The bill does have an exception for girls who want to play a sport that doesn't have a girls' team, like football.

“Texans have spoken and the legislators have heard their constituents. The House passed the Save Women’s Sports bill today. We are happy to finally see this day come after all of our hard work and continued efforts to protect girls. We care about Texas girls and we are ready to watch this bill cross the finish line in the Senate. Girls will be protected and able to freely play sports without fear of boys stealing their athletic opportunities in Texas.”

“HB 25 could have a number of devastating consequences—not only for transgender children but the transgender community as a whole. This bill is a clear example of the Texas Legislature’s government overreach and assault on Texans’ rights. The state’s special sessions have been an excuse for Texas Republicans to bulldoze their way through inhumane legislation—sacrificing the rights of women, transgender children and people of color. Texans deserve better than legislative leaders who bully transgender kids to distract from their own failures. Texas kids deserve better than this. The Legislature should simply let kids play. Today is a sad day for those who have worked tirelessly to avoid the passage of HB 25, but the Texas Freedom Network will not quit. We are committed to holding the Texas Legislature accountable for the hate they continue to spew and the lives they put at stake.”

With the House passing the legislation Thursday, it must go to the Senate with just four days left in the session.

Blanco River swells after heavy rain; Highway 80 bridge in San Marcos reopens after reports of residents in the water