At least two other North Texas residents suffered injuries in what Belize media call "one of the worst traffic accidents in the country's history." 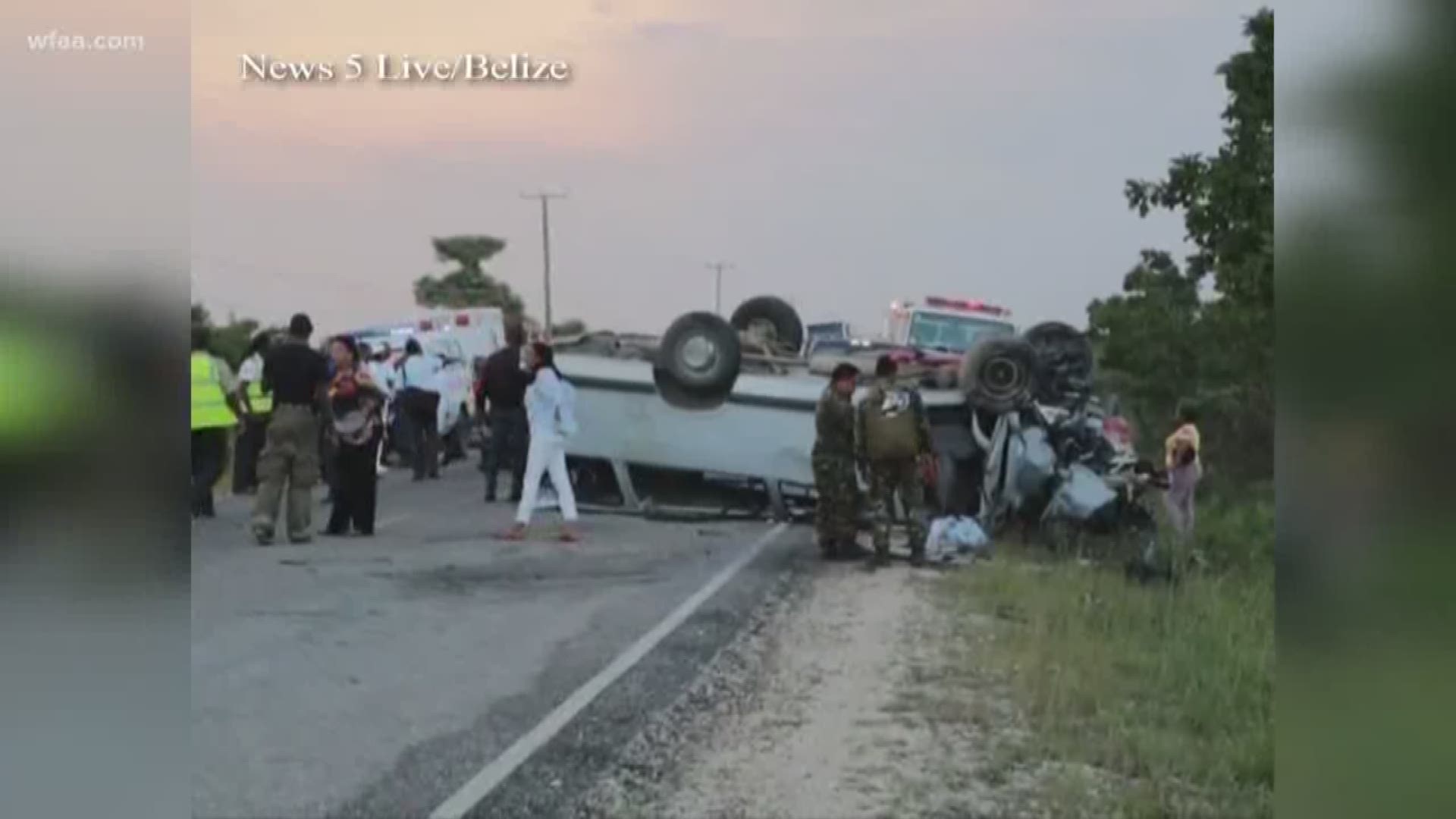 DALLAS — Updated at 4:48 p.m. with additional information about one of the crash victims.

Two Texas residents died on their way back to a Carnival cruise ship after a shore excursion in Belize when the van they were riding in was struck head-on by another vehicle.

Sara Armijo, 51, from Grand Prairie, died at the scene along with the driver of the van, 67-year-old Errol Anthony Belisle, and another American named Jacqueline Abad, 53. It wasn’t immediately known where Abad lived in the U.S.

Armijo was a longtime Grand Praire ISD employee. She was not a teacher with the district, but worked at the Central Office, officials say.

On Thursday, a third American tourist from the van, Adrian Armijo Jr., died while receiving treatment, according to News 5 in Belize. Armijo, Jr., is believed to be from Grand Prairie, as well.

Two other Texas residents suffered severe injuries in the collision.

He spoke with WFAA from a hospital in Tampa, Fla. where he was flown for treatment.

Police in Belize said David suffered a cut to his right knee and complained of pain in both legs.

“We were heading back to the ship,” Armijo added.

The group had just completed a cave tubing excursion.

David Armijo told WFAA that he does not remember the impact.

Belisle was driving 13 passengers back to the cruise ship in a gray Dodge Ram 3500 van on Wednesday, when a smaller red Chevrolet Trax car struck the van head-on.

The red Chevrolet Trax was attempting to pass a car when it pulled out in front of the van full of tourists, police added. All three people in the Chevrolet died on impact.

With seven total fatalities, local media call this "one of the worst vehicle collisions in Belize’s history."

Seven of the thirteen passengers, including the Armijos were from the Carnival Vista cruise ship that was docked in Belize City.

The Carnival Vista departed Galveston last Saturday and is scheduled to return on Sunday, the cruise line confirmed.

Tecno Panyarath, 37 and an engineer from Fort Worth, suffered a broken right leg, abrasions to his back, and a dislocated right knee cap, police said.

Carnival Cruise Line initially said two passengers died and five others were injured. One of those five has already been transported back to the U.S. for medical care while the rest remain hospitalized in Belize.

The cruise line said the passengers were on an independent bus tour when the accident happened.

There were also passengers from another cruise line on the bus.