Patrick says he plans to "crush the Democrats again in 2022." 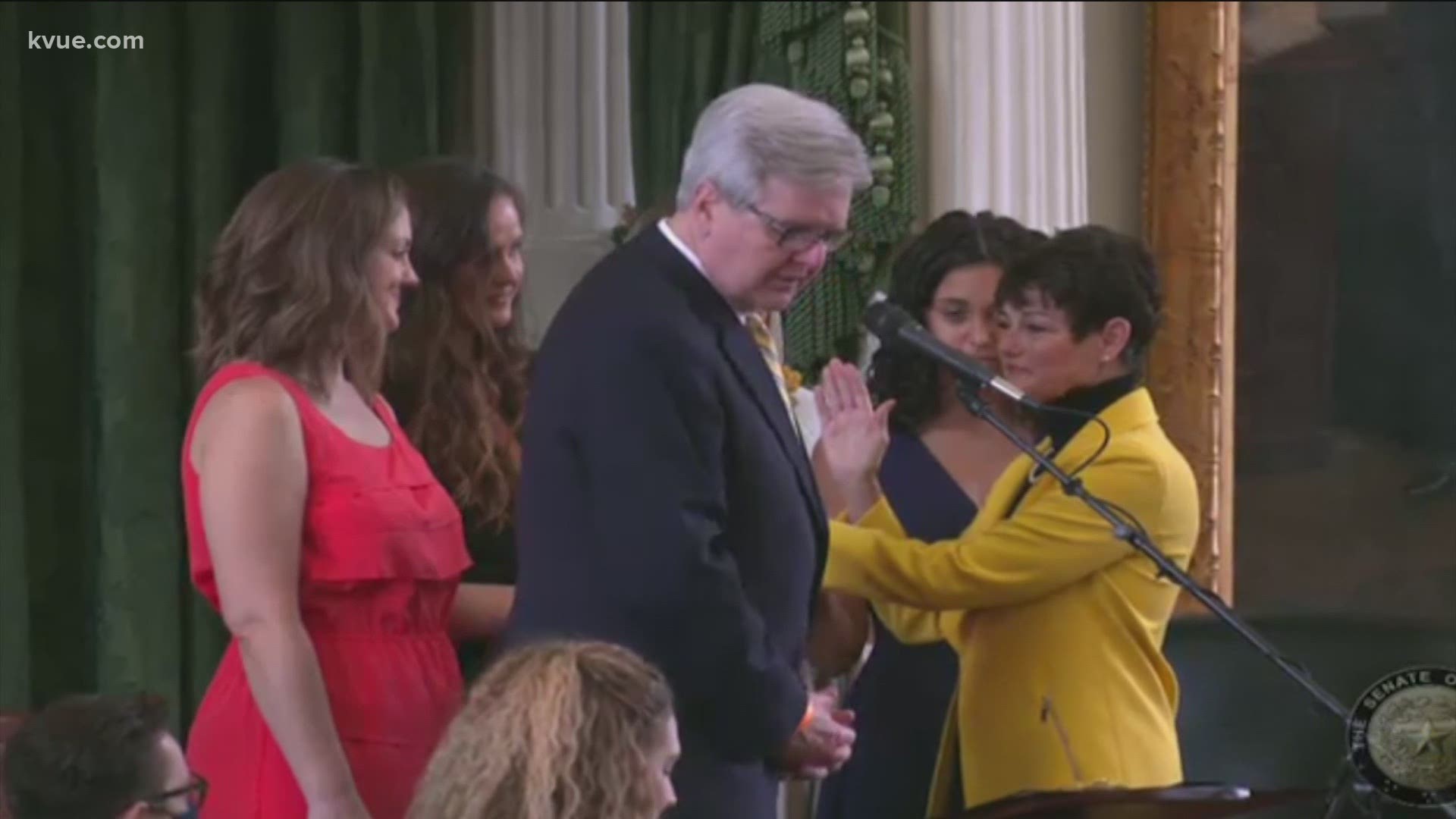 AUSTIN, Texas — On Thursday, Texas Lt. Gov. Dan Patrick announced that he will be running for re-election next year.

Patrick announced his next campaign in a YouTube video, stating that "we will crush the Democrats again in 2022."

In a statement published on his website, Patrick, a Republican, went on the offensive toward his opposing party.

"Democrats are bragging again that they are going to turn Texas blue and I am not about to let that happen," he said. "We will crush them again in 2022. We have to push back and stop the destructive policies of the Biden Administration – open borders, anti-life, anti-Second Amendment and the spending of trillions of dollars that will raise your taxes. I look forward to working with you in the months ahead to Keep Texas Red."

You can watch the full video here:

“On the day of Dan Patrick’s re-election announcement, Texas Republican representative Cody Vasut finally said out loud what Texans all over the state know to be true – We need new leadership in the Texas Senate.

“Dan Patrick has proven that he doesn’t care about the needs of everyday Texans and he refuses to lead on the issues that Texans care about the most. Time and time again, Texans have called out to Patrick for help. We’ve asked him to fix our grid, ensure a smooth and efficient vaccine rollout, expand Medicaid, and make sure that no Texan – urban or rural, white or Black or Latino or Asian, young or old, employed or unemployed are left behind. Instead, we’ve gotten a corrupt and inefficient leader who dabbles heavily into conspiracy theories that are beneath the dignity of the offices he was elected to represent.

“We hope that Dan Patrick enjoys this announcement because it’s the last re-election campaign he’ll ever have. Texans, Republicans and Democrats alike, know that it’s time for change across our state. Rep. Vasut might be the first to say it out loud but he won’t be the last.

Check out that full conversation here: