Discussion: How will the bills passed by the Texas Legislature help the state's power grid?

Caitlin Smith, an energy lobbyist and the vice president of AB Power Advisors, spoke with KVUE's Ashley Goudeau about the bills, the grid and what's next for Texas. 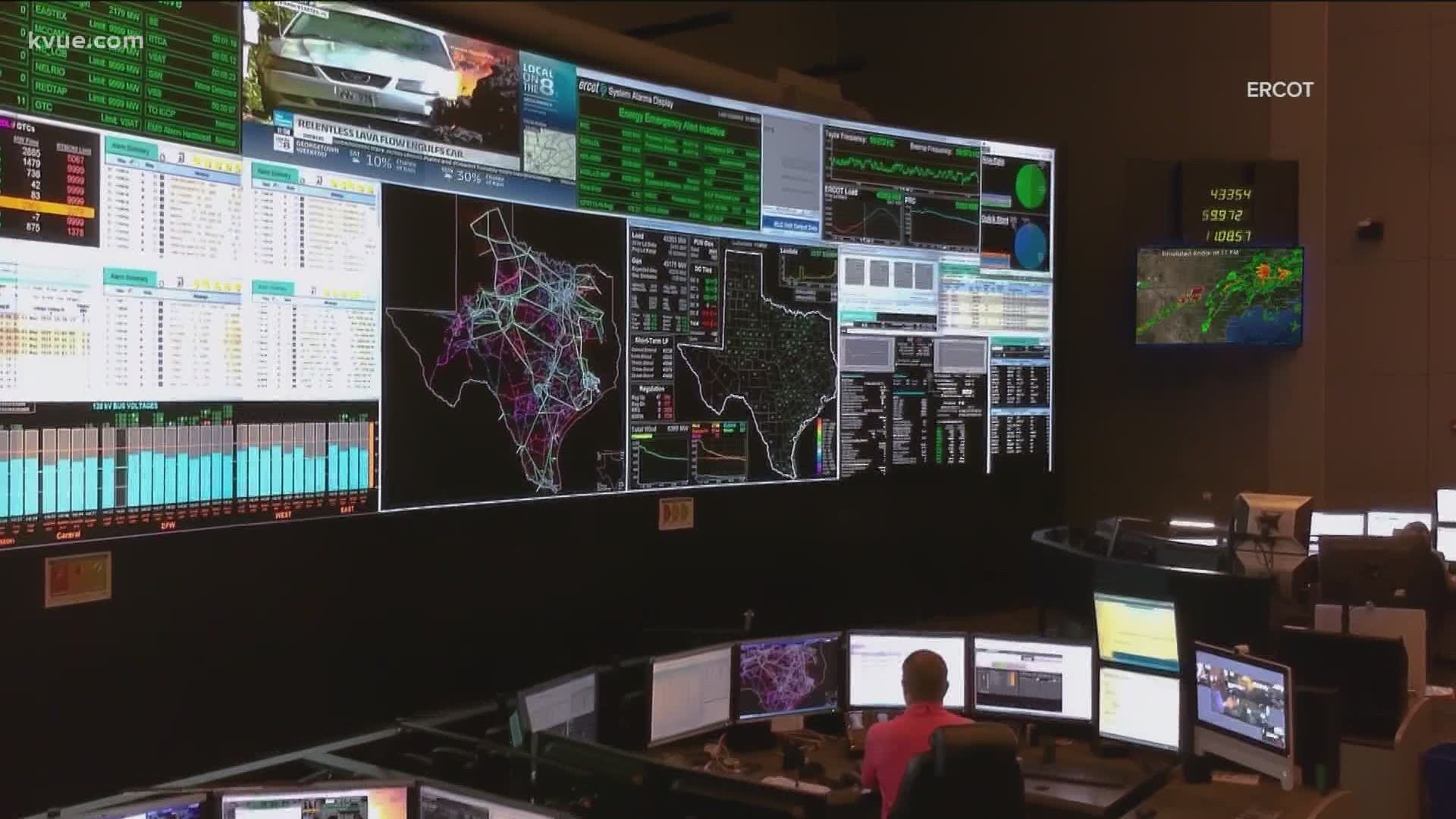 AUSTIN, Texas — Four months ago this week, Texas was in the middle of Winter Storm Uri and the state's power grid was failing.

The Electric Reliability Council of Texas (ERCOT) implemented rolling blackouts to try and conserve energy. That action left many Texans without power for hours and, in some cases, days.

Now, Texans are again being asked to take steps in their own homes to conserve energy – this time to keep the lights on and the air conditioners running in this dangerous heat.

But in between the winter storm and the summerlike heat, the Texas Legislature passed two bills to protect the power grid, both of which Gov. Greg Abbott has signed into law.

One essentially overhauled ERCOT and the state public utility commission to step up oversight and change the rules about who can be on ERCOT's board. The other creates a statewide power outage alert system and requires power generators to weatherize their facilities. If they don't, those plants could face fines of up to $1 million.

But the law doesn't include any hard and fast deadlines for "weatherization." It only says it has to be done in a "reasonable period of time."

So, how will these new laws make a difference? Caitlin Smith, an energy lobbyist and the vice president of AB Power Advisors, spoke with KVUE's Ashley Goudeau about the bills, the grid and what's next for Texas.

Ashley Goudeau: First and foremost, do you think that these laws go far enough? Will they do enough to prevent another blackout situation?

Caitlin Smith: "You know, I think they go as far as you want them to go. I think it was a really hard situation having that emergency in the middle of legislation and trying to get to the bottom of everything and address everything. I think they address all the topics you want them to. The thing that I keep saying to people is this is the beginning of the work, not the end. You don't pass a bill and say, you know, 'We fixed it, we're done.'

You really don't want specifics in law because then it takes another law to change those. So, if we're thinking right now we want specific numbers for specific temperatures for weatherization, and in 10 years, those aren't good enough, we don't really want those in law. We want to be able to change those at the Public Utility Commission. So, as you said about the bills, there's PUC and ERCOT overhaul and what you really want is to get the people in there that make the people feel comfortable and the experts in there, and then you want to make sure they know they're empowered to do those specific numbers. And I think the legislation does that."

Goudeau: Yeah, that was one of the big problems we heard when we were hearing the hearings. You know, at the Capitol, folks with the PUC said they didn't think that they had the power to tell these companies to do some weatherization. And you had ERCOT saying, 'Well, we didn't have the power to alert certain people to certain things.' So now, presumably, they have that in the law. It is written – it was expressly told to them by every lawmaker during those hearings. But where do we fall short? What else needs to be done? Because we're hearing from lawmakers that this is just the beginning.

Smith: "You know, I think we tried to address all the topics we could. And I think we did a good job of that. We addressed weatherization, we addressed the financial issue, the securitization bills. We addressed the makeup of the board. I think there's a lot to be done on the demand side of the situation. We are seeing this week, when you have the really tight reserves and you're asking people to conserve, that's because, in our market, the demand and the supply are so close. And the two ways you can do to fix that are either adding more supply, which would be adding more generation, or having less demand, which would be customers coming off voluntarily.

So, we've heard a lot about how some of these bills left off sort of that demand side, getting these customers off by paying them or getting them off voluntarily when we're in tight conditions. And then maybe we're not asking people to conserve – we've already done the people who are willing to conserve or can be paid to conserve."

Goudeau: Yeah. You know, I think that the reality is there are so many more people moving to Texas, we are going to have more demand on the grid. And so, how can we – because, you know, here we are in another situation. It's June, it's only June. And people are being told to conserve again because there are repairs happening. And so, it seems as though, even though these laws have been passed and they should have learned from the mistakes, there's not enough communication happening to know not to miss 11,000 megawatts of power going off the grid at one time.

Smith: "Yeah, you know, that's a bunch of different issues. I get asked a lot, 'Does this bill fix the grid?' Well, you know, the grid is obviously really complicated. I don't think we can fix it in the right way in four months. But the things you can do, you mentioned, right? You can really restore public confidence and you can increase that communication or make that communication better. And you can have sort of the demand side that I talked about come off voluntarily or being paid to come off.

So, I do think we still have some issues around the communication. I think people really don't understand what's happening. For better or worse, we get notices like this frequently in the summer, you know – last summer, in the summer of 2019 – and I think people just weren't paying attention. But now that they are paying attention and know the huge impact it can have on their life, I think we need to be communicating that much better."