Sister of USPS worker killed in West Texas shooting: 'I wish this was just a dream'

Mary Granados was on the phone with her twin sister when she was killed. 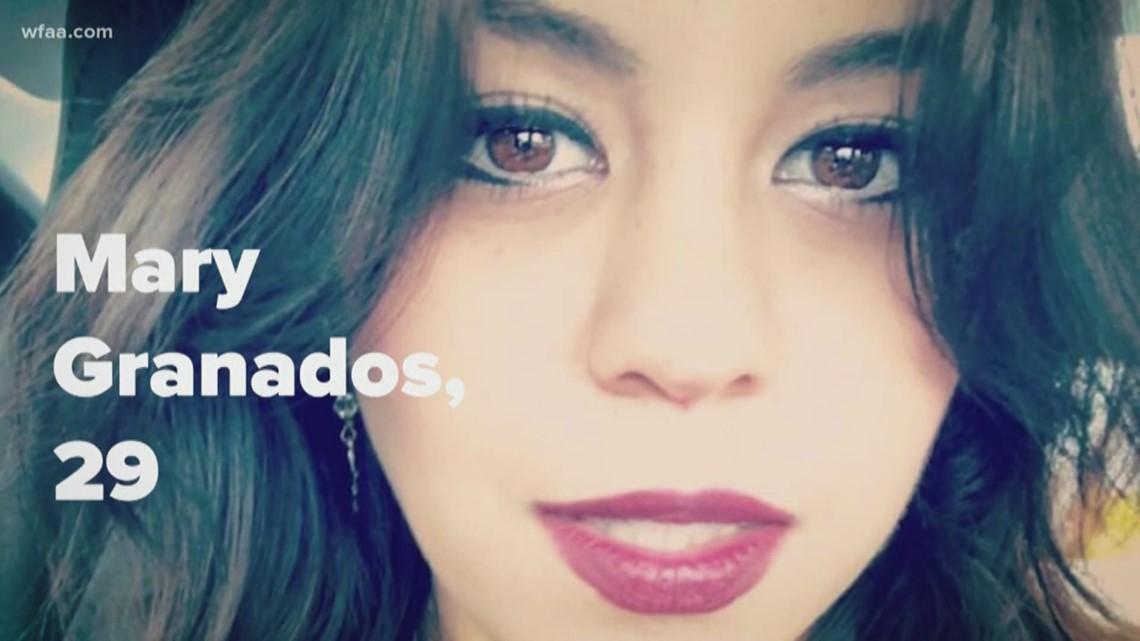 One of the last bits of footage of Mary Granados' life was recorded on a West Texas doorbell camera as the U.S. Postal Service worker delivered mail.

The video shows Granados smiling, delivering mail and going about her normal day.

Minutes later, she would be one of the first victims in a shooting that spanned multiple locations in Midland and Odessa Saturday.

She was shot and killed and had her mail truck hijacked before the accused shooter rammed the truck into a police barricade. Police ended the shooter's rampage shortly after at a movie theater in Odessa.

Granados was on the phone with her twin sister Rosie when she was killed.

"I wish she was just here with me. I wish this was just a dream," Rosie Granados said.

RELATED: Vigils, prayer services being set up for victims of Midland-Odessa shooting

The other confirmed victims in the shooting include Leilah Hernandez. She was just 15 years old, and recently celebrated her quinceañera. Her brother was injured too.

Edwin Peregrino was 25, killed when he ran into his parent's Odessa yard to investigate the gunshots. The gunman targeted him instead.

Joseph Griffith, 40, was at a traffic light. His wife and two children in the car with him when the gunman pulled up alongside their car. He was a math teacher. He was 40 years old.

Kameron Brown, 30, was found in his car, with a single bullet hole in his windshield. He'd survived a tour of duty in Afghanistan. His employer, an oil field company in Odessa, confirmed he was among the victims.

RELATED: Here are the victims of the Permian Basin shooting

And Rodolfo Arco. He was 57. His sister told USA Today that he left his home in Las Vegas after the mass shooting there, telling his family that the Midland/Odessa area seemed like a safer place to be.

But there is one smiling face to share, that of 17-month-old Anderson Davis.

She was hit by shrapnel in the face and chest when the gunman fired into her family's car.

She is home from the hospital, even though doctors told her mom there is still shrapnel they cannot remove.

RELATED: GoFundMe in place for 17-month-old shot in Odessa

Her mom shared an emotional post on social media that included this:

"....to be very honest I have a strange guilt of how our story ended so happily. My heart hurts so bad for everyone that lost someone yesterday."