The Capitol building and grounds will be closed Saturday through Wednesday amid threats of violence. 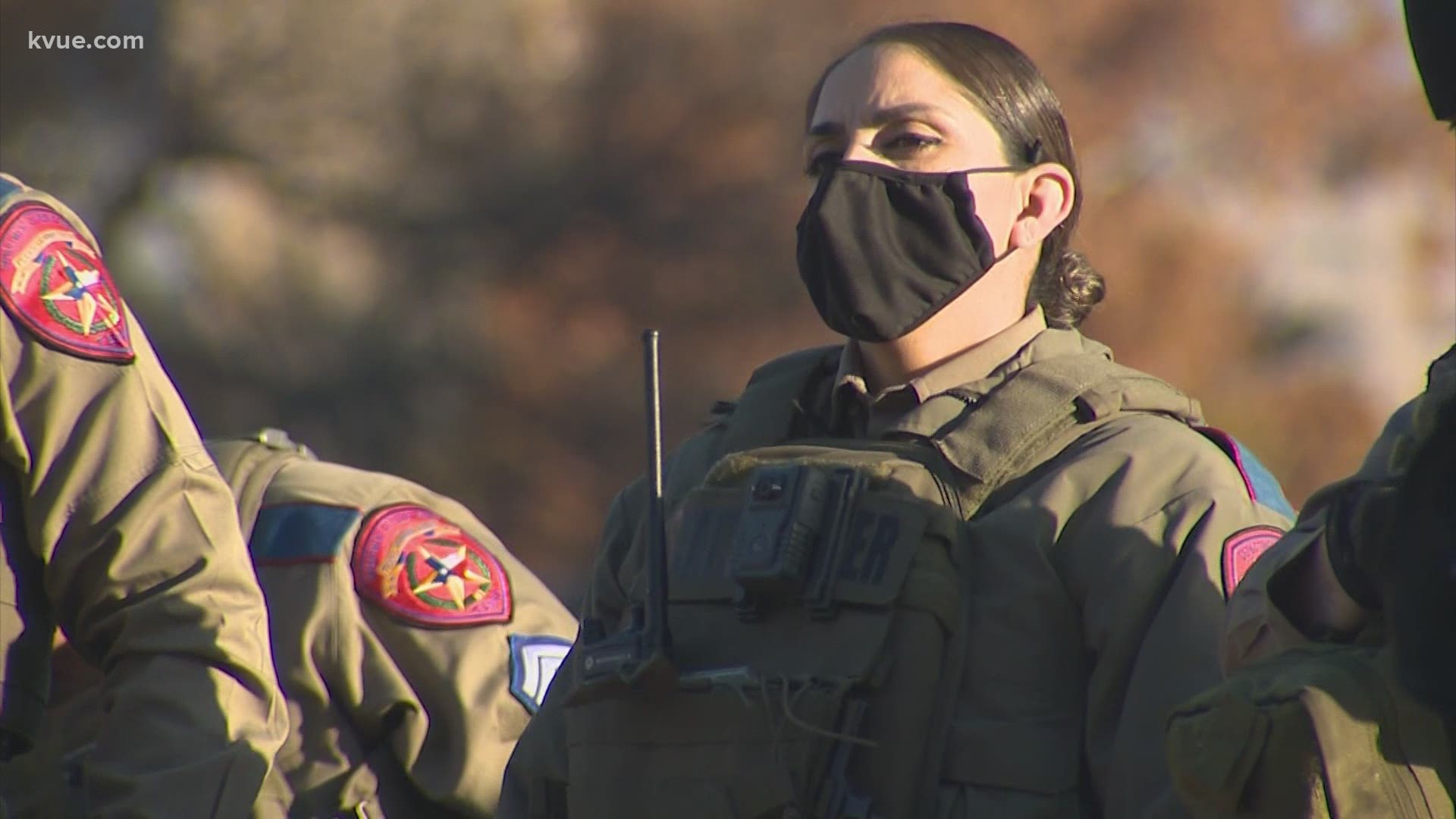 DPS has announced the closure of the Capitol building and grounds Saturday through Wednesday as officials learn of new intelligence about armed protests and "violent extremists."

In two briefings this week, the head of DPS told state senators they are closely watching the sects, which are located throughout the state and range in size from about 200 to 600 members. DPS told senators the biggest concern is that the sects will consolidate and arrive in Austin as a larger group, which would prompt the law enforcement agency to call in reinforcements.

Three state senators, who declined to be named, confirmed the briefings from DPS.

On Jan. 6, the day of the U.S. Capitol siege, DPS shut down the Texas State Capitol as a precaution. The State Capitol was reopened the following day, but DPS has increased its security measures surrounding the capitol grounds.

On Friday, Austin Mayor Steve Adler said his office is communicating with the Austin Police Department.

"The safety of everyone in downtown Austin is paramount, as always, and receiving focused attention," he said.

My office is aware of upcoming planned gatherings at the State Capitol and is communicating with @Austin_Police. The safety of everyone in downtown Austin is paramount, as always, and receiving focused attention.

According to DPS director Col. Steve McCraw, DPS is adding troopers and law enforcement, working closely with the FBI and Austin police.

“The Texas Department of Public Safety is aware of armed protests planned at the Texas State Capitol this week and violent extremists who may seek to exploit constitutionally protected events to conduct criminal acts,” said Col. McCraw. “As a result, DPS has deployed additional personnel and resources to the Capitol and are working closely with the Federal Bureau of Investigation and the Austin Police Department to monitor events and enforce the rule of law.”

This comes following an internal FBI bulletin obtained by ABC News, which states that armed protests are being planned at all 50 state capitols and at the U.S. Capitol.

Anyone who witnesses suspicious activity online or in public is asked to contact the FBI, Austin Police Department or DPS at www.iWatchtx.org.

An unbreakable bond: Sibling Trio in Austin looking for a family to adopt them together