It’s called “MUMENTOUS: The Upsizing of a Texas Tradition.” It's on display at the Arlington Museum of Art until November 24. 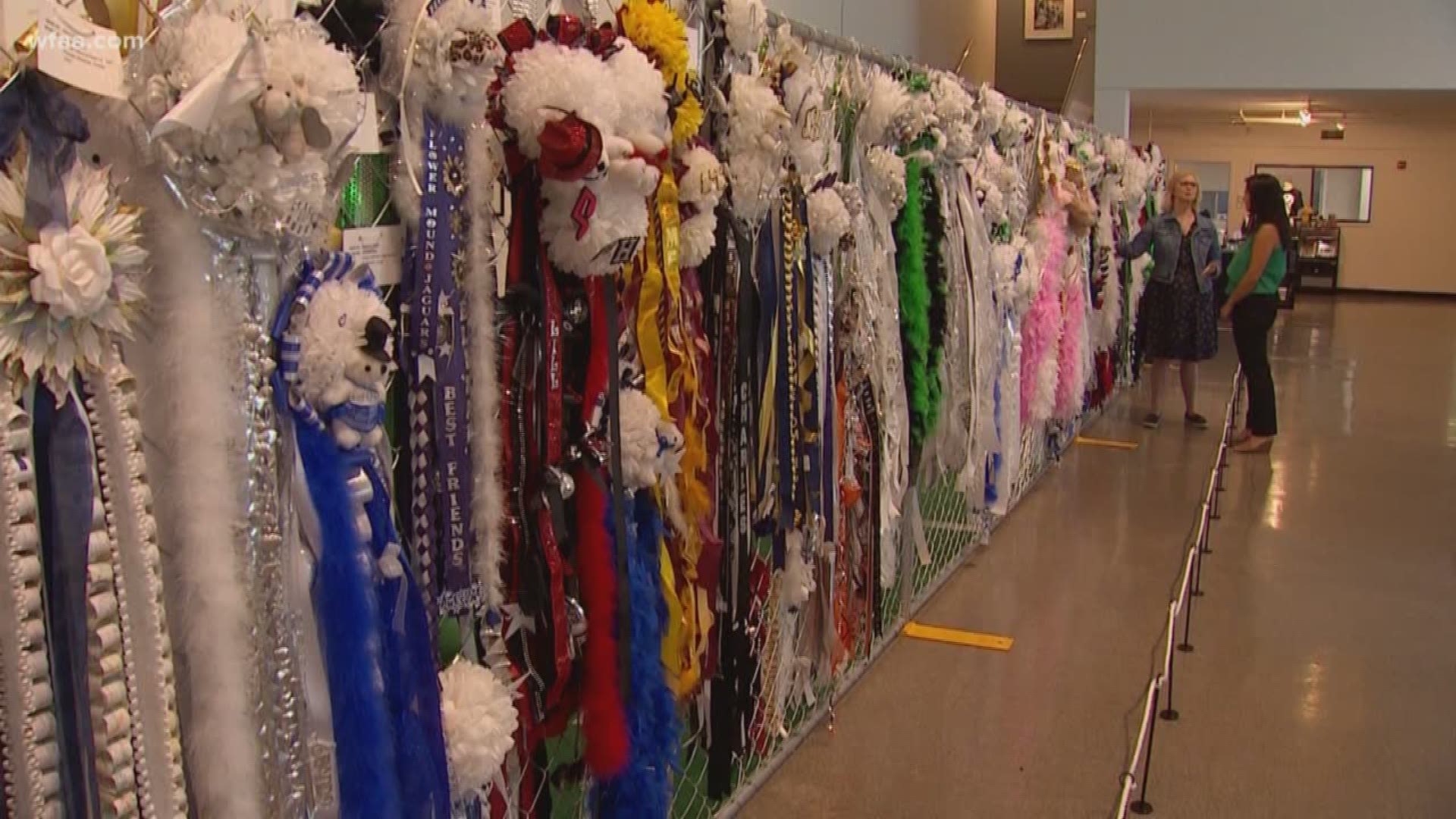 ARLINGTON, Texas — A new exhibit on the Texas tradition of homecoming mums is now on display at the Arlington Museum of Art.

It’s called “MUMENTOUS: The Upsizing of a Texas Tradition." It features the research and creativity of Amy J. Schultz, the museum’s first ever artist-in-residence.

In addition to photographs taken by Schultz, the exhibit includes a display of dozens of homecoming mums, including an 18-foot tall Whataburger-themed mum.

Schultz said she turned to Facebook, asking people to let her borrow their homecoming mums for the exhibit. She received dozens, some of which date back to the 1980s.

Curious how the homecoming mum came to be, Schultz said she has spent the last three years studying the tradition, which began as a simple exchange of real flowers.

“But because they were live flowers, they couldn’t really hold a lot of trinkets or ribbons. That all changed in the early 1960s,” Schultz said.

“We started seeing better looking artificial mums in the market. And so rumor has it that some smart wholesalers in Texas started suggesting to florists that they might be able to offer that option to customers: either a live chrysanthemum flower or an artificial mum. And that’s really when it took off.”

Schultz acknowledged there are other rumors about the origin of homecoming mums. Some believe marching bands started selling mums during homecoming as a fundraiser.

But Schultz said newspapers from the 1960s and 1970s show that retailers, like Michaels and Hobby Lobby, started selling fake flowers. This meant anyone could get their hands on them, including high school mothers.

RELATED: Behind the scenes of making homecoming mums at the Mum Shop

From fake flowers to ribbons to miniature stuffed animal school mascots, nothing seems to be off limits when it comes to decorating these creations.

“Every good Texan knows that the proper homecoming mum has bells in it,” Schultz said.

And mother Brenda Murphy, who makes and sells homecoming mums with her daughter, agreed.

“Every single mum that we do will have a bell on it,” Murphy said.

Murphy and her daughter started their own business called “Awesome Mums” after making their first homecoming mum together 10 years ago.

A room in Murphy’s daughter’s house is dedicated to their business.

“She was in 8th grade the first year we did that. And she is now 25 and married and has her own home and we’re still doing it,” Murphy said.