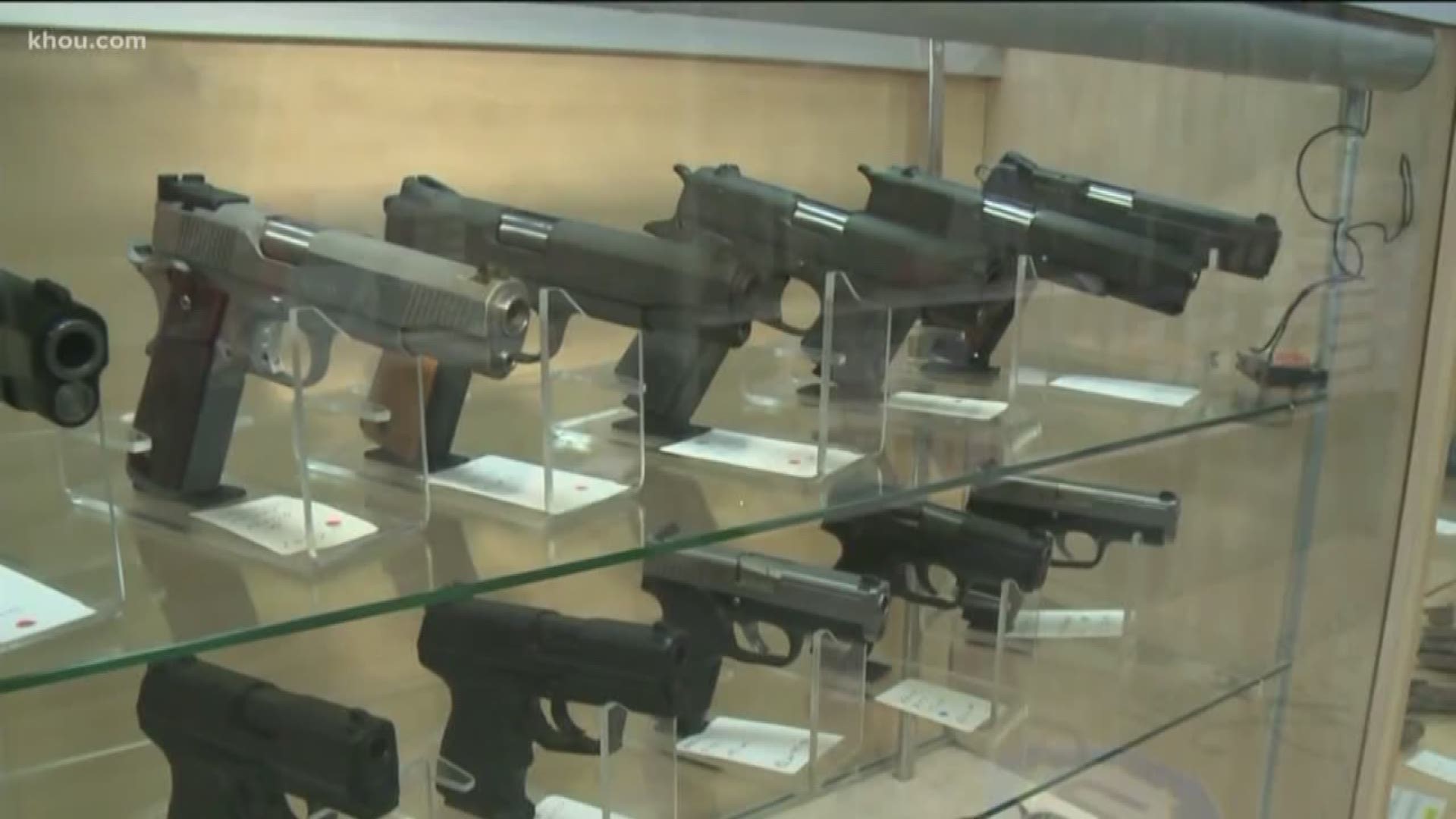 HOUSTON — Lt. Governor Dan Patrick is taking on the NRA, saying he will do what he can to stop stranger to stranger gun sales from happening without background checks.

Patrick told The Dallas Morning News he hopes this will close the current background check loophole.

He's proposing possibly having gun stores run those background checks for private sellers, but that’s something some stores are already doing.

“In California, you can't sell an AR-15 with a 30-round magazine. You can sell that in Texas," Pasadena Gun Center owner Lee Wellborn said.

Where selling a gun to your friend, a neighbor, even a complete stranger is all legal, under law.

“They’re still obligated by law to know that the individual purchasing a firearm can legally purchase it. Now, how they determine that is left up to them," Wellborn said.

Wellborn said right now, selling a gun from stranger to stranger is completely legal, and a background check is not required. But if one is wanted, he can help.

It’s a service several gun stores offer to private sellers. Right now, it’s only optional. But if Lt. Governor Dan Patrick gets his way, requiring a background check would become law, saying he wants to eliminate the private sale without background checks.

But Wellborn doesn’t really think it will help.

“I do not believe it will do anything to curb criminals from getting a firearm. Criminals don’t walk into my store. They don’t purchase firearms here, and they’re not going to," Wellborn said.

The NRA has responded to Patrick's comments, saying instead of trampling on the freedom of law-abiding Americans, the government should focus upon actual solutions, like fixing the broken mental health system and prosecuting known criminals.