Legal experts expected SCOTUS to rule on the Texas abortion law Monday, but it didn’t. Does that mean anything?

Arguments in a challenge to Mississippi’s abortion law are scheduled for December 1. 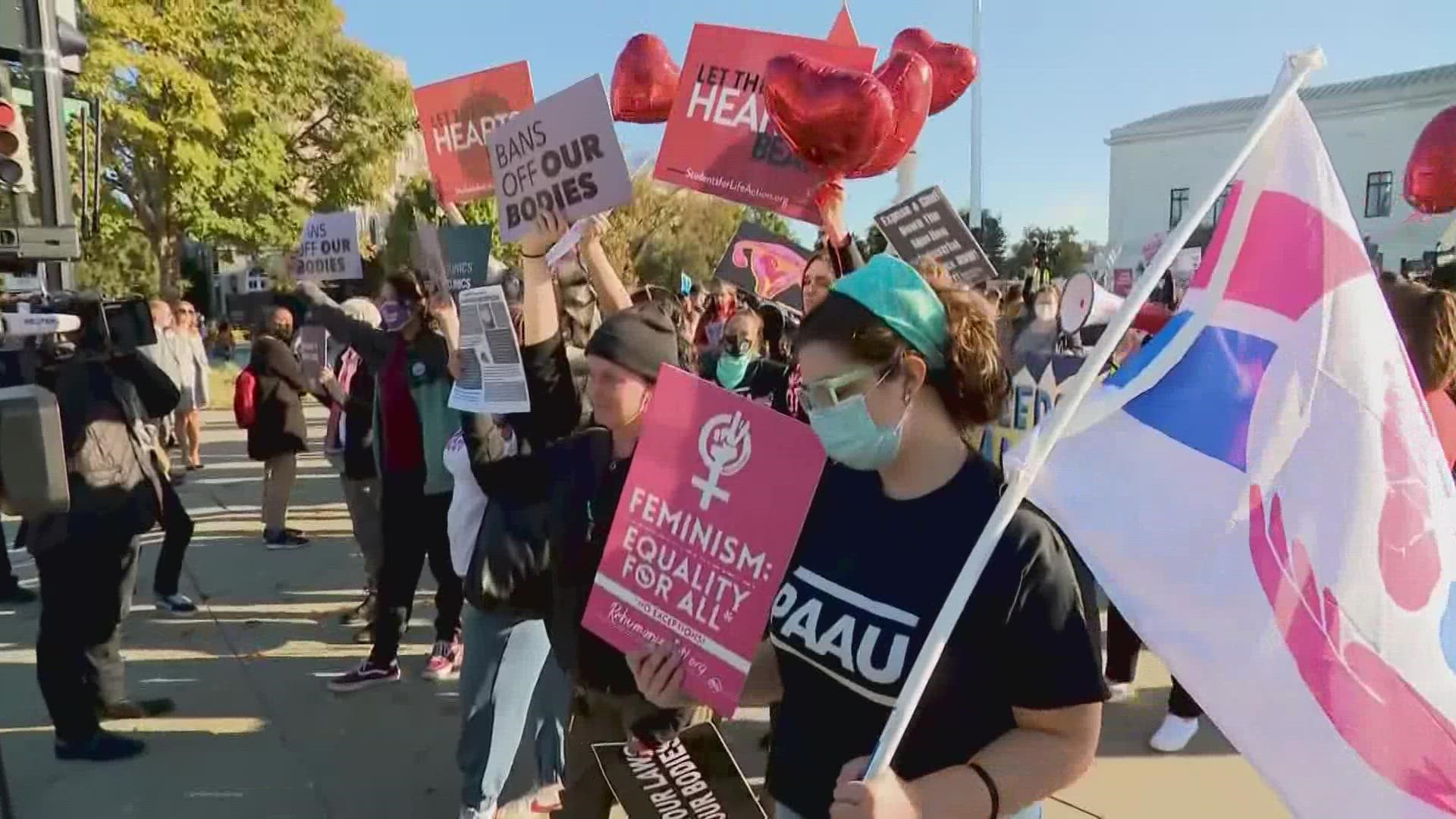 DALLAS — It often takes years for a case to make it to the U.S. Supreme Court, but Texas’s abortion law took a matter of weeks.

The case was fast-tracked.

When the court announced Monday would be its first day releasing opinions since hearing arguments on Senate Bill 8 on November 1, legal experts predicted a ruling was imminent.

But the only decision announced on Monday was in a completely unrelated case involving a groundwater dispute between Mississippi and Tennessee.

“I think the supposition was that because of its high profile and because of its importance, it would be dealt with just incredibly early on in the session,” said Eric Cedillo, an attorney and adjunct clinical professor of law at Southern Methodist University in Dallas. “I think it could still conceivably happen relatively quickly.”

The calendar on the Supreme Court’s website does not show any additional decision days, but Cedillo said it’s still possible a ruling could come within days, though the Thanksgiving holiday means a shortened week.

Another abortion case comes before justices on December 1 – that’s just over a week away. Justices will hear arguments about a challenge to a Mississippi law that bans abortions at 15 weeks.

While the core issue is the same, the Mississippi and Texas law are different, Cedillo said.

Mississippi’s law is enforced as most laws are – by state officials.

Texas’s law is enforced by private citizens who can sue anyone they believe helps a woman obtain an abortion in Texas after cardiac activity is detected in the womb – which is about six weeks into a pregnancy.

Justices are considering the constitutionality of the novel enforcement mechanism.

Cedillo said he had expected the court to consider the Mississippi and Texas cases separately.

But, with arguments in the Mississippi case now days away, it’s possible justices might link the two.

“Nobody can predict their moves,” Cedillo said. “They make decisions on their own timeline.”