A 79-year-old white man drove 150 miles to Houston to show remorse for his family’s racist views. 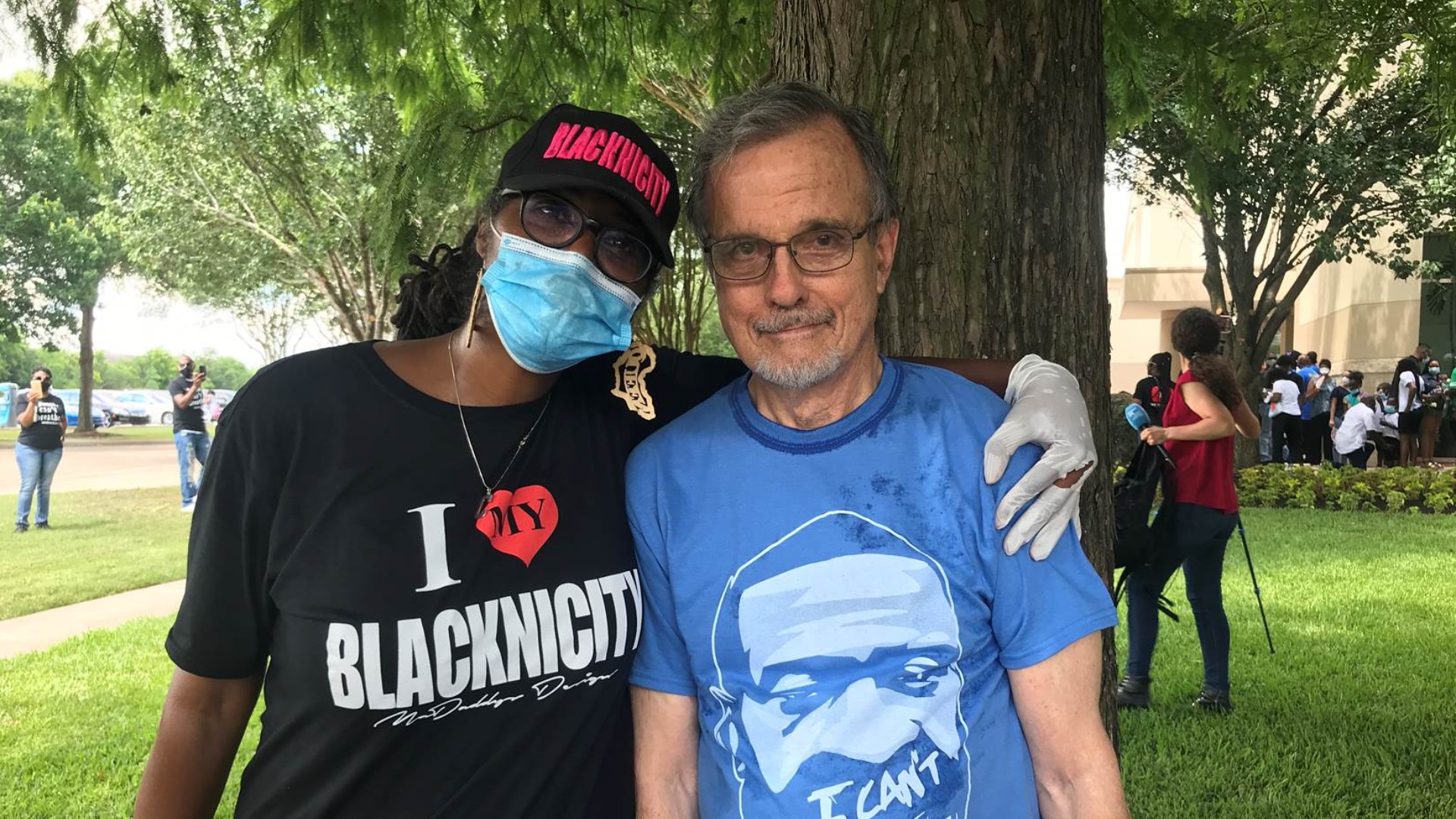 Maybe it starts with kids.

“Right now friendships with white people and black people – there’s just like a big crack right there, so that’s why I want to heal that crack,” said 8-year-old Shermane Shephard, standing outside Fountain of Praise Church in Houston. “That’s why I’m here.”

Or maybe, change starts inside a 79-year-old’s heart.

Don Murray – a white man – walks with a cane.

He drove alone from Austin to Houston and stayed in a hotel on Sunday night.

Monday morning, he parked at a Home Depot half a mile from the church and started walking toward the crowd forming outside.

RELATED: George Floyd funeral: What to know for Tuesday's service

Quinn Richardson, a black woman, had parked in the same Home Depot lot.

When she spotted the man crouched on his cane walking down Hillcroft Avenue, she grabbed his arm.

They had never met, but together they joined the line of people waiting to get a glimpse of George Floyd’s body.

Shepherd was in the line with his family – they had driven to Houston from Oklahoma City.

Clarence and Kathy Williams were a few spots in line in front of them.

“I pray that through his death God will raise us up and come as a unit and be able to stand and fight so that our grandchildren, great-grandchildren, and their children would not have to experience anything like this,” Kathy said.

It will stop, said Shana Miles, who grew up with Floyd in Houston’s Third Ward.

“A big change is gonna happen for everybody,” she said.

No one was allowed inside the Fountain of Praise without a mask and gloves, without undergoing a temperature check, and without going through a metal detector.

Judging by the thousands of strangers who flocked to his funeral, and the hundreds of media who surrounded every politician and civil rights activist in attendance, there is nothing private about Floyd’s funeral.

There was nothing private about his death, either.

But public outrage seems to have sparked private reckonings.

“I had to be here for this because of my family,” he said. “All my life they’ve looked down on black people. I feel sorry for them. I’m hoping some of them may be watching this today.”

After they walked through the sanctuary and saw Floyd’s body together, Richardson and Murray found some shade and rested.

“We are friends,” Murray repeated with a smile.

She flagged down a police officer who gave Murray a ride to his car.

“I love you and there’s nothing you could do about it,” she said to him before he drove away.

“That man right there is remorseful,” she later said.

“How many other people feel like him - like their family members are racist and they’re holding it in?” she asked.