Millions of Texans continue to pick up the pieces following a week of historic, and historically devastating, winter weather. 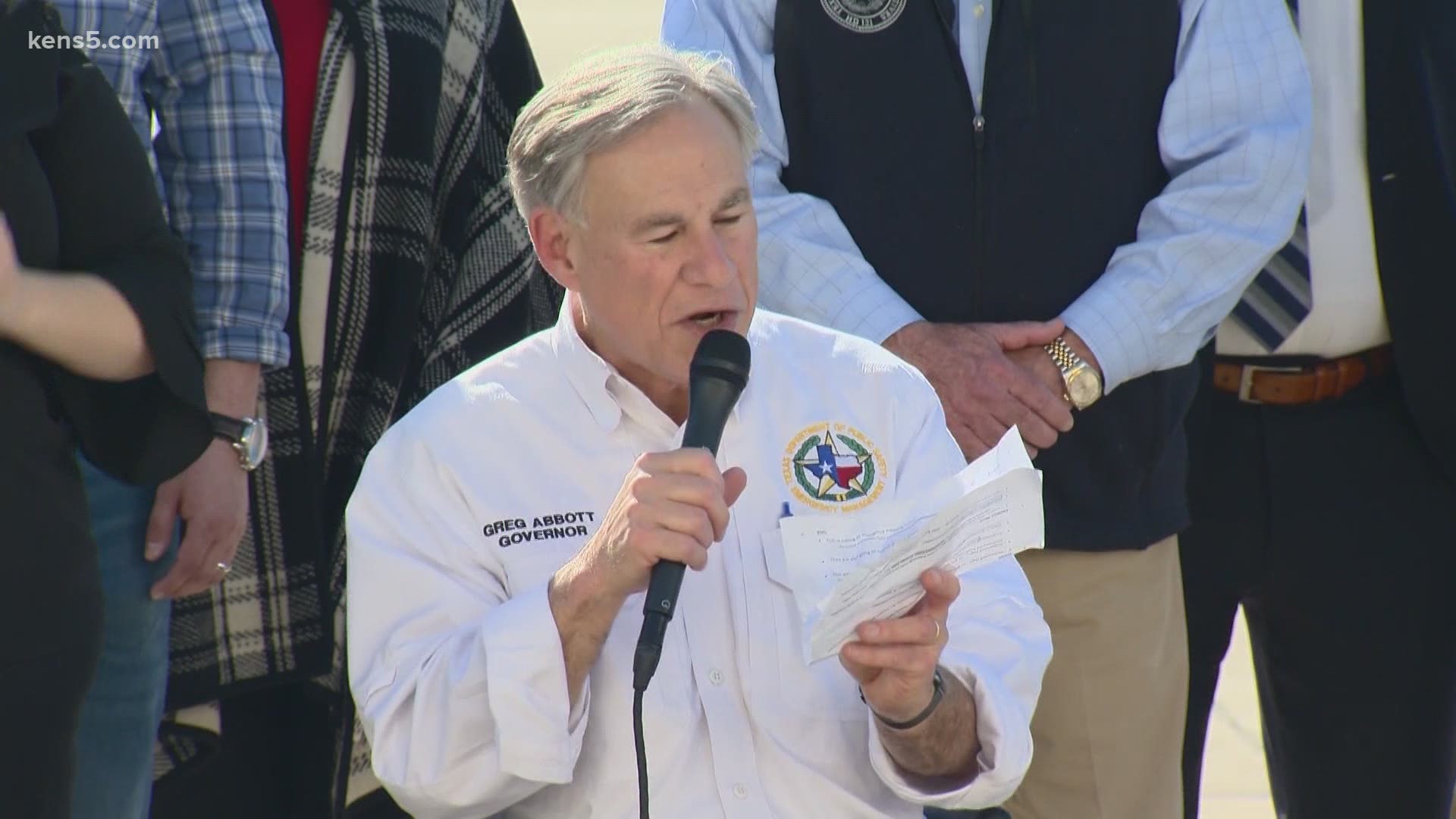 SAN ANTONIO — In an address preceded by the unloading of several crates of water for south Texas residents still recovering from this week’s historic storms, Gov. Greg Abbott said Sunday that the state continues to distribute aid to Texans while leaders also discuss strategies to ensure its energy system isn’t crippled by weather again in the future.

The governor said progress continues to be made on amending local power outages, adding he expects electricity “will be restored to every house later tonight or early tomorrow.”

As Texans’ lights come on and heating returns, of most immediate concern to millions is access to consumable water and the potential for exorbitant electricity bills. On those fronts, Abbott said that about 3.4 million bottles of water have been delivered so far by road and air, as part of a coordinated effort between the Texas National Guard, the Federal Emergency Management Agency and the U.S. Department of Defense. Abbott also announced he is suspending certain regulation in order to speed up food delivery to grocery stores across Texas, and he plans to request a disaster declaration from U.S. Department of Agriculture to help farmers.

When it comes to concerns about massive bills, Texans can rest easy for now; Abbott said the state is issuing a moratorium on disconnecting customers’ power if they are unable to make payments, and electrical providers are temporarily restricted from sending customers invoices.

“This pause will give (utility providers) time to address the electric and power billing challenges that Texans are seeing,” said Abbot, who called skyrocketing electricity costs a top priority. “We will not end the (legislative) session until the State of Texas, and all its power generation facilities, are fully winterized so this doesn’t happen again.”

Discussions have already been underway among state leaders intent on finding ways to alleviate the financial burden on those who are facing high bills, which comes after Texas emergency managements officials admitted they weren't ready for this week's storms to pummel the state and drain resources in the way that they did.

Meanwhile, the federal government is also stepping in to help. On Saturday, President Joe Biden issued a major disaster declaration for Texas, which frees up funding for grants to help with home repair, temporary rehousing and other aid.