George Floyd laid to rest in a grave beside his mother

In Houston on Tuesday, some said Floyd’s final words gave voice to the “unknowns” – men and women killed by police whose stories haven’t made worldwide news. 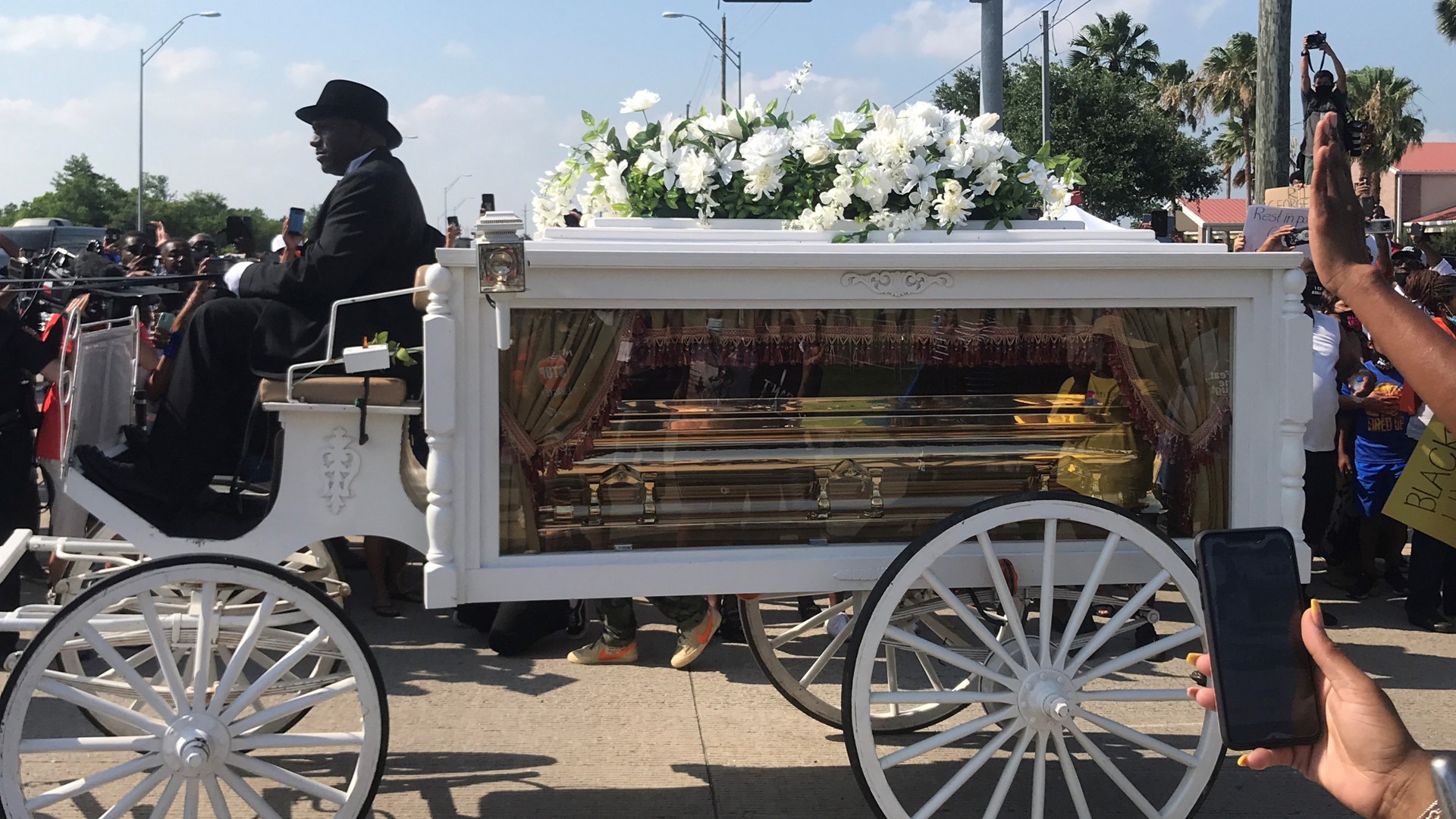 HOUSTON — We often measure a life in moments, but George Floyd is best known for minutes – eight of them, plus another 46 seconds.

Floyd is also known for his final words.

She graduated from Jack Yates High School in Houston several years before Floyd.

She didn’t know him, but she feels like she did.

She was sitting on Cullen Parkway in Pearland for hours Tuesday afternoon, waiting on a horse drawn carriage carrying Floyd’s body to his final resting place at Houston Memorial Gardens – in a grave right beside his mother’s.

“I’m a mother, she’s a mother, we are all mothers,” she said, pointing to her sister and friend Gwen Daniels, “Even though his mother is not here, we still connect with her and we feel her pain.”

Daniels paused when asked if she thought Floyd’s death might mean sweeping change in relations between black communities and police.

“Maybe his death is what will get us where we need to be, I pray,” she said.

Gordon said she was afraid of the police.

"No child should have to ask questions that too many black children have had to ask for generations: Why?” he said. “Now is the time for racial justice. That is the answer we must give to our children when they ask why.”

Sharon Harry was standing outside the door to the church, but without an invitation to go inside.

She calls her brother one of the “unknowns,” because he was killed by police so long ago no one knows his name.

It happened in San Antonio when he was pulled over after leaving a party.

“They thought he had a gun and he did not,” she said.

She said George Floyd gave her brother a voice.

“George meant hope. For all that have died before, those not on television but the ones that are silent. And I love him for that. And I love his family, too," she said.

Floyd has also given people the right to ask tough questions.

“When are we going to get to the same place when I’m treated the same way as you?” asked Kathy Moore, standing not far from Gordon and Daniels along the route of the procession.

“I’m here because I’m a black mother of a black son and for hundreds of years we’ve seen this oppression and we’re still at the same place and it doesn’t make sense,” she said. “It’s in my soul that I have to be here.”

The procession passed by around 4:45 p.m. - almost six hours after the funeral started.

As it neared, the crowd on Cullen Parkway got loud.

He has given a voice to people who didn’t know they had one.

Perhaps lives shouldn’t be measured by moments, but instead by impact.

If that’s the case, George Floyd has the power to be timeless, if America has the courage to change.