While the alert appears to be a mistake, it was sent out via email to subscribers of the Texas Alerts System Friday morning. 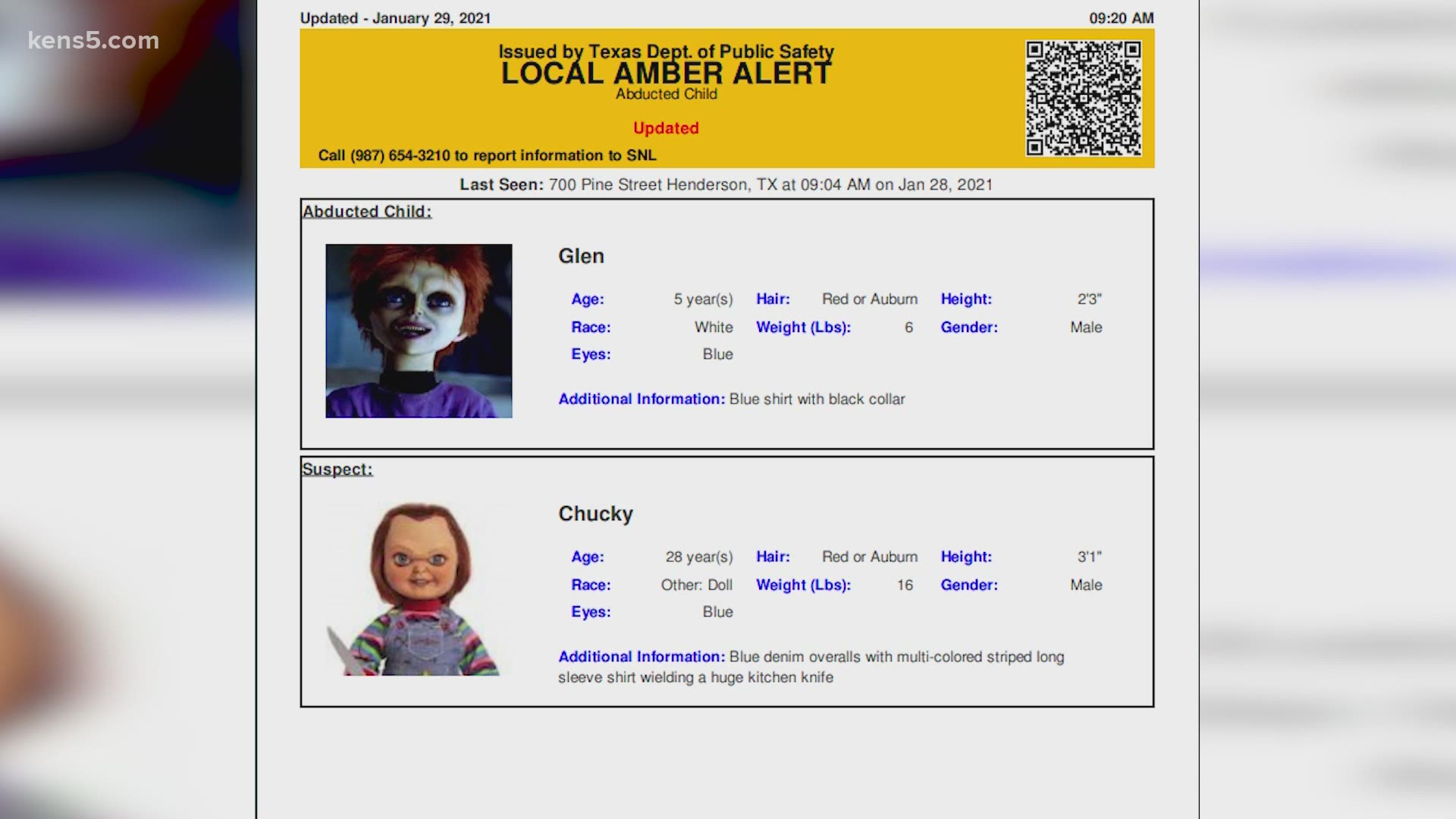 SAN ANTONIO — An alert published from the Texas Alerts system with an Amber Alert for Chucky the doll and his child was sent out Friday morning.

The alert listed Chucky from Child's Play horror series as a suspect. He is described as a 28-year-old with red, auburn hair, blue eyes, stands at 3'1", and weighs 16 pounds. Chucky was described as wearing blue denim overalls with a multi-colored striped long sleeve shirt and wielding a kitchen knife prior to his "disappearance."

The alert also listed Glen as an abducted child who is 5 years old, weighs 6 pounds, stands at 2'3", and also has red, auburn hair and blue eyes. Glen was described as wearing a blue shirt and black collar prior to his "disappearance."

According to Chucky fandom pages, Glen is the son of Chucky and was introduced in the film Seed of Chucky.

While the alert appeared to be a mistake, it was sent out via email three separate times to subscribers of the Texas Alerts System Friday morning. It is unclear at this time how many people are subscribed to the system.

KENS 5 reached out to DPS, the agency that manages the alert system, for comment and received this response:

"This alert is a result of a test malfunction. We apologize for the confusion this may have caused and are diligently working to ensure this does not happen again."

According to the DPS website, the Texas Department of Public Safety (DPS) "coordinates the dissemination of qualifying missing person advisories involving the below resource partners, known as the State Network."