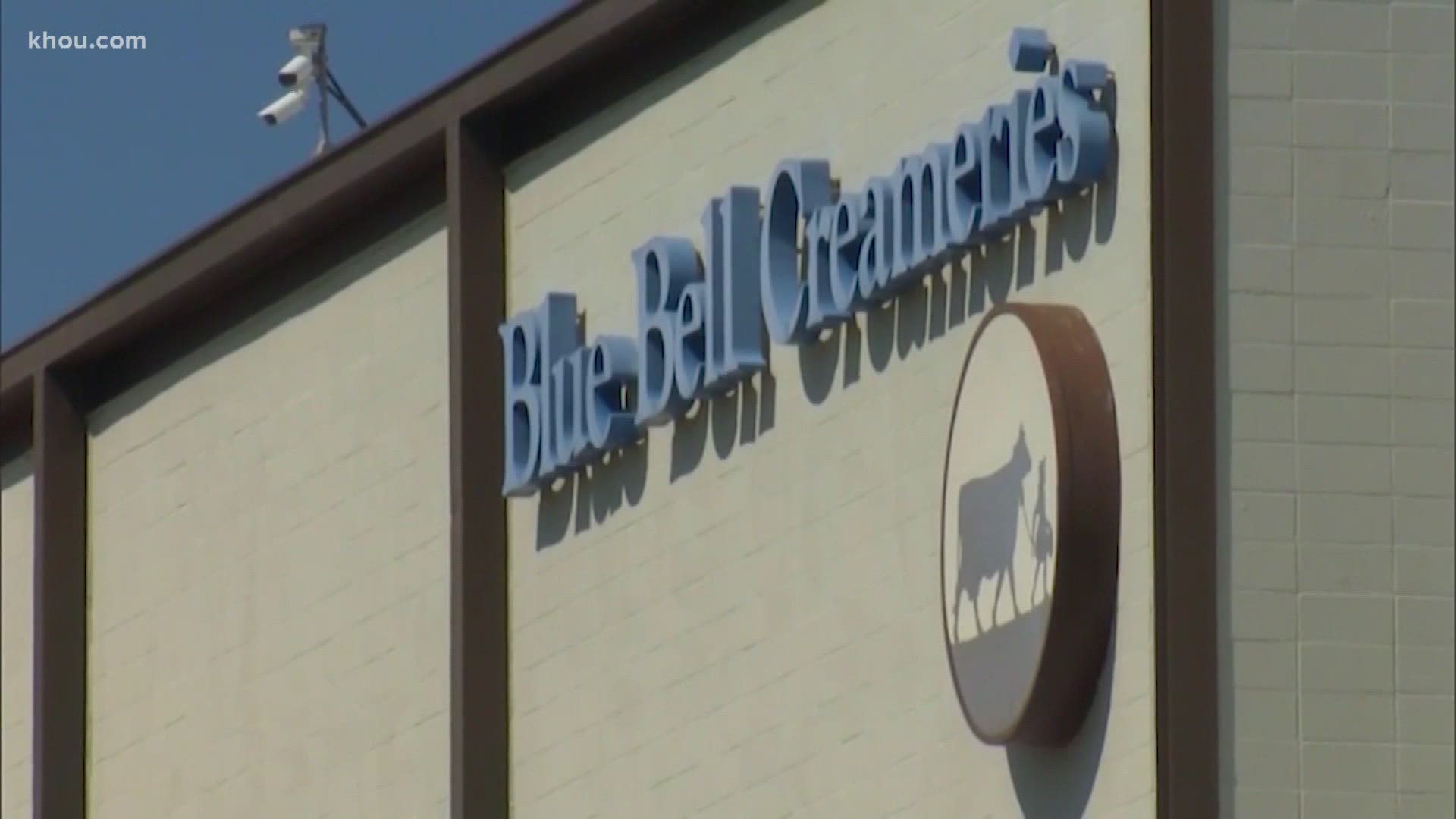 The U.S. Justice Department made the announcement Thursday afternoon.

[EDITOR'S NOTE: The video above above is from a report in May on a former Blue Bell executive charged with conspiracy in deadly listeria outbreak.]

The sentence, imposed by U.S. District Judge Robert Pitman in Austin, was consistent with the terms of a plea agreement previously filed in the case.

According to the Justice Department, the $17.25 million fine and forfeiture amount is the largest-ever criminal penalty following a conviction in a food safety case.

“American consumers must be able to trust that the foods they purchase are safe to eat,” Acting Assistant Attorney General Jeffrey Bossert Clark of the Justice Department’s Civil Division said. “The sentence imposed today (Thursday) sends a clear message to food manufacturers that the Department of Justice will take appropriate actions when contaminated food products endanger consumers.”

The plea agreement and criminal information filed against Blue Bell allege that the company distributed ice cream products that were manufactured under insanitary conditions and contaminated with listeria monocytogenes, in violation of the Food, Drug and Cosmetic Act.

“The health of American consumers and the safety of our food are too important to be thwarted by the criminal acts of any individual or company,” Judy McMeekin, Pharm.D., associate commissioner for Regulatory Affairs, U.S. Food and Drug Administration, said. “Americans expect and deserve the highest standards of food safety and integrity. We will continue to pursue and bring to justice those who put the public health at risk by distributing contaminated foods in the U.S. marketplace.”

“The results of this investigation reflect the determination of the Defense Criminal Investigative Service to hold companies that sell food products to the military accountable and ensure they comply with food safety laws,” Michael Mentavlos, special agent-in-charge of the DCIS Southwest Field Office, said. “The health and safety of our service members and their dependents is of paramount importance.”

According to the plea agreement, Texas state officials notified Blue Bell in February 2015 that samples of two ice cream products from the company’s Brenham, factory tested positive for listeria monocytogenes, a dangerous pathogen that can lead to serious illness or death in vulnerable populations such as pregnant women, newborns, the elderly, and those with compromised immune systems.

The Justice Department said Blue Bell directed its delivery route drivers to remove remaining stock of the two products from store shelves, but the company did not recall the products or issue any formal communication to inform customers about the potential Listeria contamination.

In March 2015, tests conducted by the Food and Drug Administration (FDA) and Centers for Disease Control and Prevention (CDC) linked the strain of listeria in one of the Blue Bell ice cream products to a strain that sickened five patients at a Kansas hospital with listeriosis, the severe illness caused by ingestion of listeria-contaminated food.

The FDA, CDC, and Blue Bell all issued public recall notifications on March 13, 2015.

Investigators said subsequent tests confirmed listeria contamination in a product made at another Blue Bell facility in Broken Arrow, Okla., which led to a second recall announcement on March 23, 2015.

According to the plea agreement with the company, FDA inspections in March and April 2015 revealed sanitation issues at the Brenham and Broken Arrow facilities, including problems with the hot water supply needed to properly clean equipment and deteriorating factory conditions that could lead to insanitary water dripping into product mix during the manufacturing process.

Blue Bell temporarily closed all of its plants in late April 2015 to clean and update the facilities.

Since re-opening its facilities in late 2015, Blue Bell has taken significant steps to enhance sanitation processes and enact a program to test products for listeria prior to shipment.

Trial Attorneys Patrick Hearn and Matt Lash of the Civil Division’s Consumer Protection Branch prosecuted the case with assistance from Shannon Singleton and Michael Varrone of the FDA’s Office of Chief Counsel.