A tale of two Texas cities: How Plano and El Paso became one after a mass shooting meant to divide

Alex Rozier and Jobin Panicker share their thoughts after they watched tragedy turn to strength as two Texas communities united together. 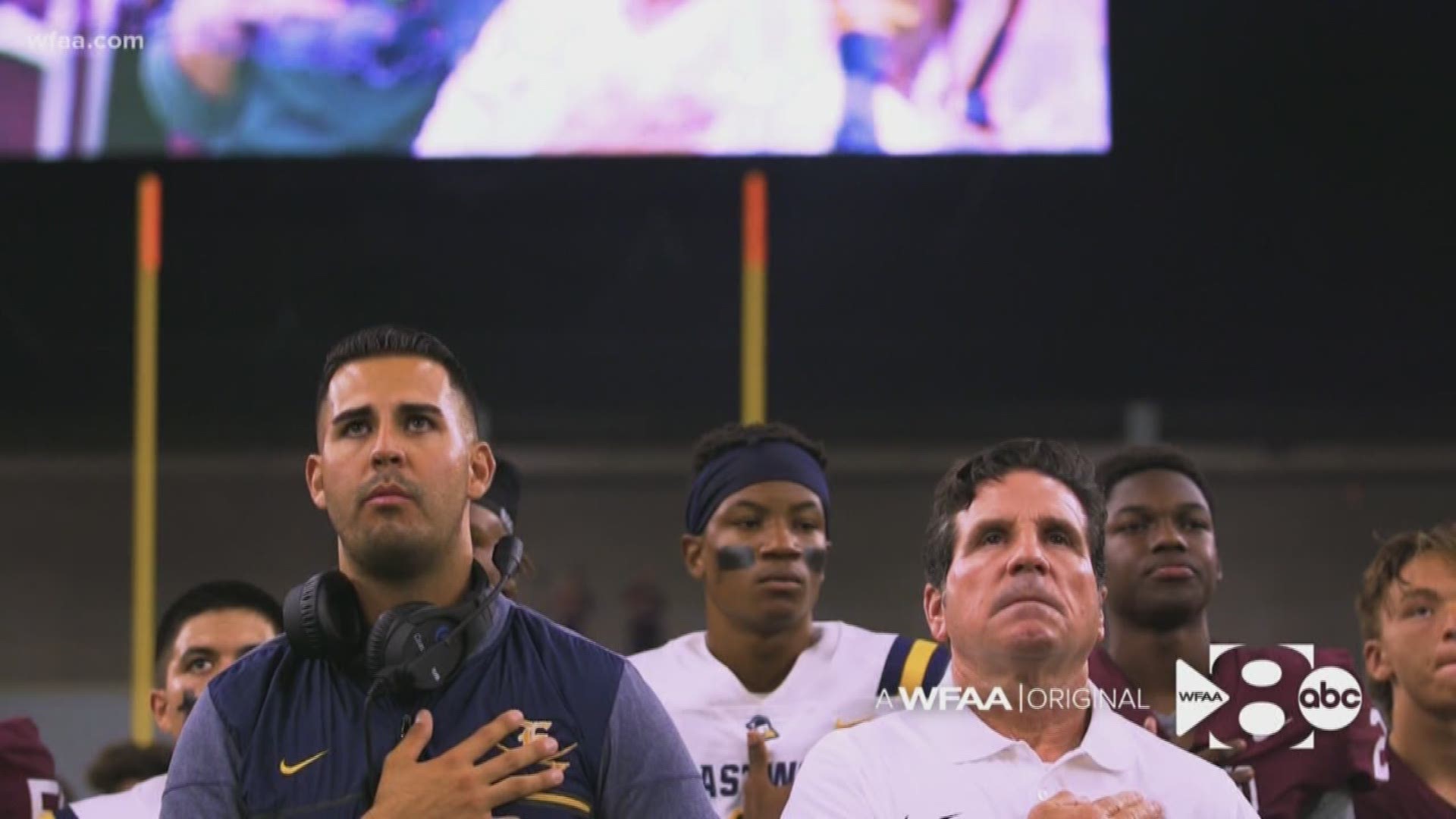 Thursday, the game that almost never was turned out to be the healing many needed in a time and state where hope is needed.

The goodness of the people of El Paso

I was in El Paso just hours after one of the most devastating events in the history of this state.

Mass shootings allow a reporter to witness both the best and the worst in humanity. The act that brought me to West Texas was the worst, but everything I’ve seen since has been nothing short of beautiful.

In the days after 22 people were killed in an El Paso Walmart, the people of El Paso rallied around those who were hurting. Donations, vigils, flowers, and every resource imaginable flooded this community in a time when they needed it most.

Then there was Thursday night, the football game between Plano Senior and Eastwood High School, from El Paso. Thursday night, we saw more of that goodness from the people of El Paso.

My role in this emotional story was covering Eastwood’s football team from the time they arrived to the time they left North Texas.

At one point, this game wasn’t going to happen. Plano canceled it for fear that a game of this magnitude wouldn’t be safe. Eastwood’s coach told me he worked hard to make sure they played.

Sports has a unique way of building community. For two hours and four quarters, two hurting towns got to devote their attention to young people doing great things.

From the moment they arrived, Eastwood’s team treated people with respect while showing sportsmanship on the field.

El Paso is an incredible city filled with incredible people. And no, an act of a monster will not ruin what they have built in West Texas.

When I first moved to Texas, the city I got acquainted with early was the city of Plano.

All my children know is this city.

When I first heard that the alleged shooter from the El Paso shooting had graduated from Plano Senior High School, it hurt. It was hard to rationalize that the vibrant, diverse, and loving city that I lived in could possibly harbor someone who doesn't emulate those ideals.

I knew that this game between El Paso and Plano was going to be big. This was an opportunity for two cities in complete shock to come together.

I heard it so often that I lost sight of what it meant. But, it's true. Individual people all across the world are capable of hate. But I can tell you the collection of people I know from Plano are not capable of that.

Plano, I felt, was doing everything in its power to distance itself from this incident. I understand that too. But I also understand that we need to embrace what came of that tragedy. People were killed, people were physically hurt, but all mankind were victims on this day.

I am glad they played.

Plano, from what I have heard from teachers, parents, and students, are glad they played. It's the one game I didn't mind who lost or won because we all needed football that Thursday.