FORT WORTH, Texas -- At the ripe young age of 90, Opal Lee doesn't think there is much she can't do. 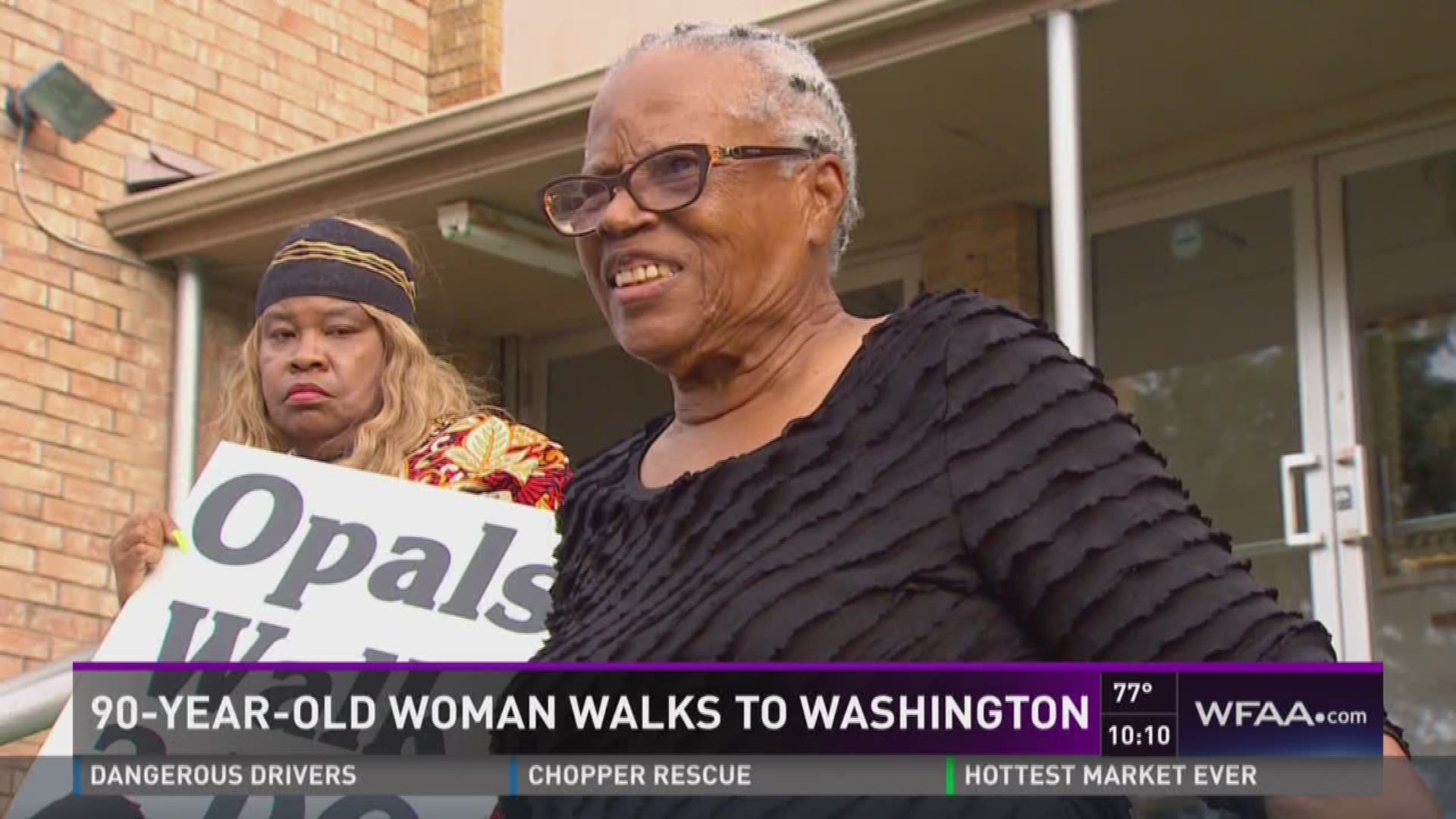 FORT WORTH, Texas -- At the ripe young age of 90, Opal Lee doesn't think there is much she can't do.

"I'm an old Johnny Appleseed," she said, with a laugh.

Lee was joined by about two dozen family and friends on Thursday night before setting off on the journey.

Opal Lee (center, facing camera) gets a hug from a well wisher before setting off on her journey.

She plans to walk five miles every morning and five every night as part of an effort to raise awareness about the importance of Juneteenth, the June 19 date many Texans mark as the day slavery actually ended.

"I thought, maybe if an old lady started out, someone would take notice. Congress and the president would say, 'We don't want that old lady dying on our watch,'" she said.

Since 1980, the State of Texas has recognized the significance of Juneteenth, when blacks in Texas were formally told about the surrender of the Confederacy. In all, 45 states honor the date.

But there is no national day of observance, something Lee has fought passionately for over the years, and something she thinks needs to change before President Obama leaves office.

"It's so important," she said.

Lee has secured a meeting with the Congressional Black Caucus later this month. She will fly to that, and then fly back to where she left off walking, and resume the journey by foot.

Opal Lee walks with supporters through Fort Worth.

Many said they wouldn't be out in the rain for anyone but Opal.

"If you're doing something to benefit your nation and people, then ya can't do too much," said Clarence Beechem, who goes to Lee's church.

They're taking donations for trip costs through a GoFund me page, which you can find at this link.

Miss Opal says she is used to walking a few miles each day. When it rains, she simply heads to a local store.

"I find a big box store. I go in, and walk around it four times," she said.

Lee's family has deep ties to North Texas, including decades of racial segregation and difficulties, as profiled by News 8's media partners at the Star-Telegram.