"I've never worked with such an efficient, dedicated group," said Dr. Fuqin Liu, "We have a common goal. We have a sense of urgency." 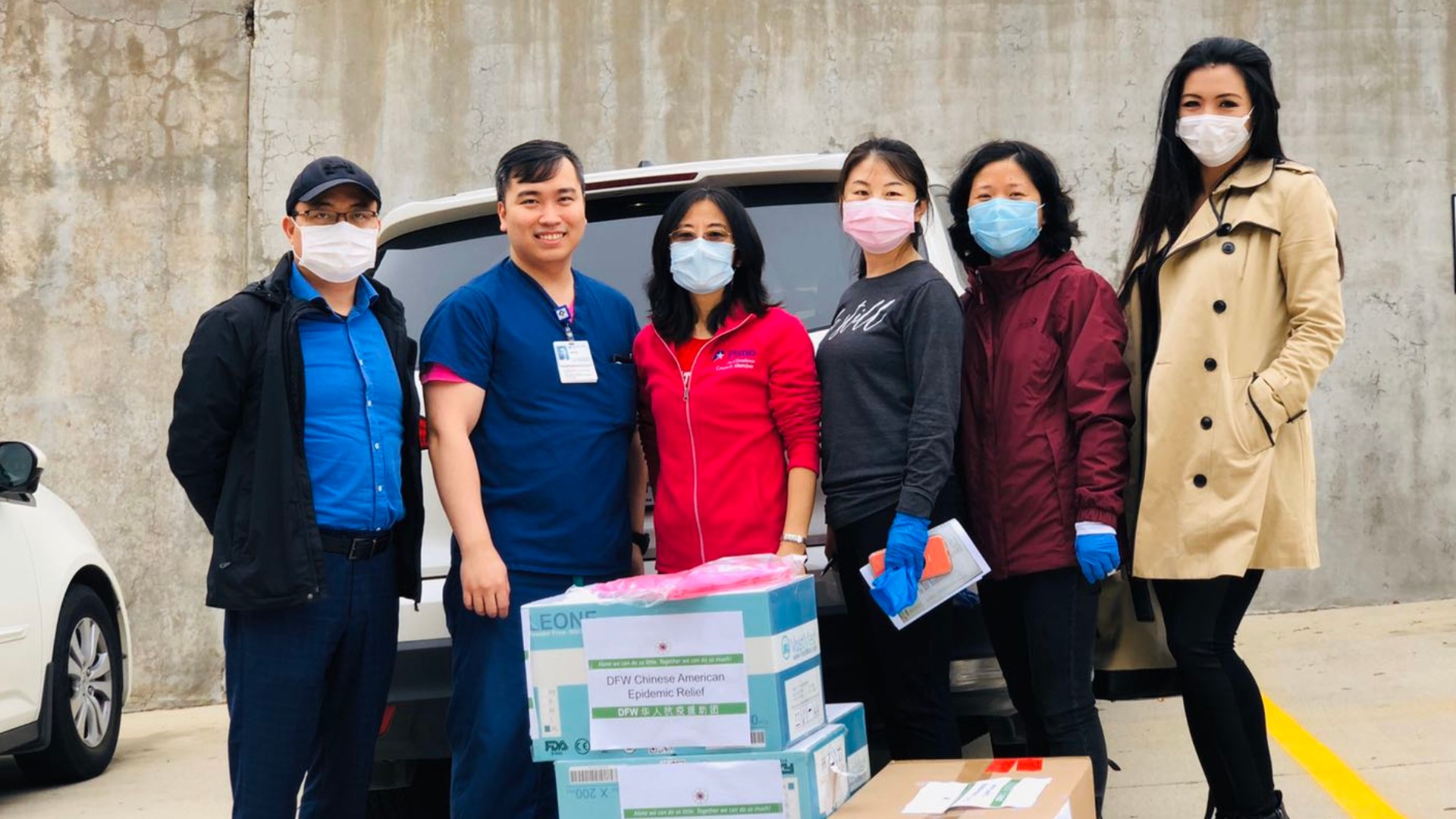 DALLAS — Students at Texas Woman's University in Denton call the statue Minerva. Erected in 1938, the stone carving on campus of a woman captured in mid-stride in a full-length dress and boots is a tribute to the spirit of the pioneer woman. In the midst of the coronavirus pandemic, that pioneer spirit at TWU is alive and well.

Dr. Fuqin Liu is a professor at the university, who also has a brother working as a nurse on the front lines of the COVID-19 fight in China.

"I think I was more nervous than him," she said of her brother, who is among a team of medical professionals sent to treat patients in Hubei Province.

But once she found out her brother was safe and had all the necessary medical equipment and personal protection equipment he needed, she turned her attention to North Texas.

Liu recalled watching medical professionals in the Seattle area struggle to get all of the protection equipment they needed as the virus arrived in the Pacific Northwest. And she didn't want that supply crisis to happen in North Texas.

"And I said we have to do something here before we reach that day, but of course one person can only do that much," she said.

Now she's proving one person can do a lot.

She reached out to friends in China by using apps like "WeChat." Her network of contacts overseas and in the United States grew into the hundreds.

"I made a plea. I said let's act before the hospitals say they need help. I said we cannot wait," she said.

And through a group she now calls DFW CARE, Chinese American Relief for Epidemic, she has raised more than $100,000, provided 26,000 pairs of gloves, 4,500 surgical and protective masks, and 1,000 face shields.

As of Tuesday morning, she said the equipment had been sent to 22 different hospitals and medical providers in DFW, Oklahoma, and even as far away as New York.

"I've never worked with such efficient, dedicated group," she said of the network of volunteers, who also screen the supplies to make sure they meet both United States and international standards. "Because we have a common goal. We have a sense of urgency."

In a Skype interview Tuesday morning, Liu joked that she doesn't even know the faces of some of the people on her team. When they meet to deliver and hand off supplies to other medical professionals, they are almost always wearing protective masks. But she wants to thank every one of them, and every one of her financial donors. And she asks that you help too.

"Take this seriously and do something for your community when we can," she said. "Ask your friends to help. There are many channels to help. It doesn't have to be through DFW CARE. But do something."

Do something, like a pioneering doctor at Texas Woman's University, because it's the right thing and the life-saving thing to do.