Texas is suing – again – to end Obamacare. This time it has some advantages.

Texas has sued to end Obama's landmark health care law before. But this time it has support from the Trump administration, a new tax code and a potentially sympathetic judge. 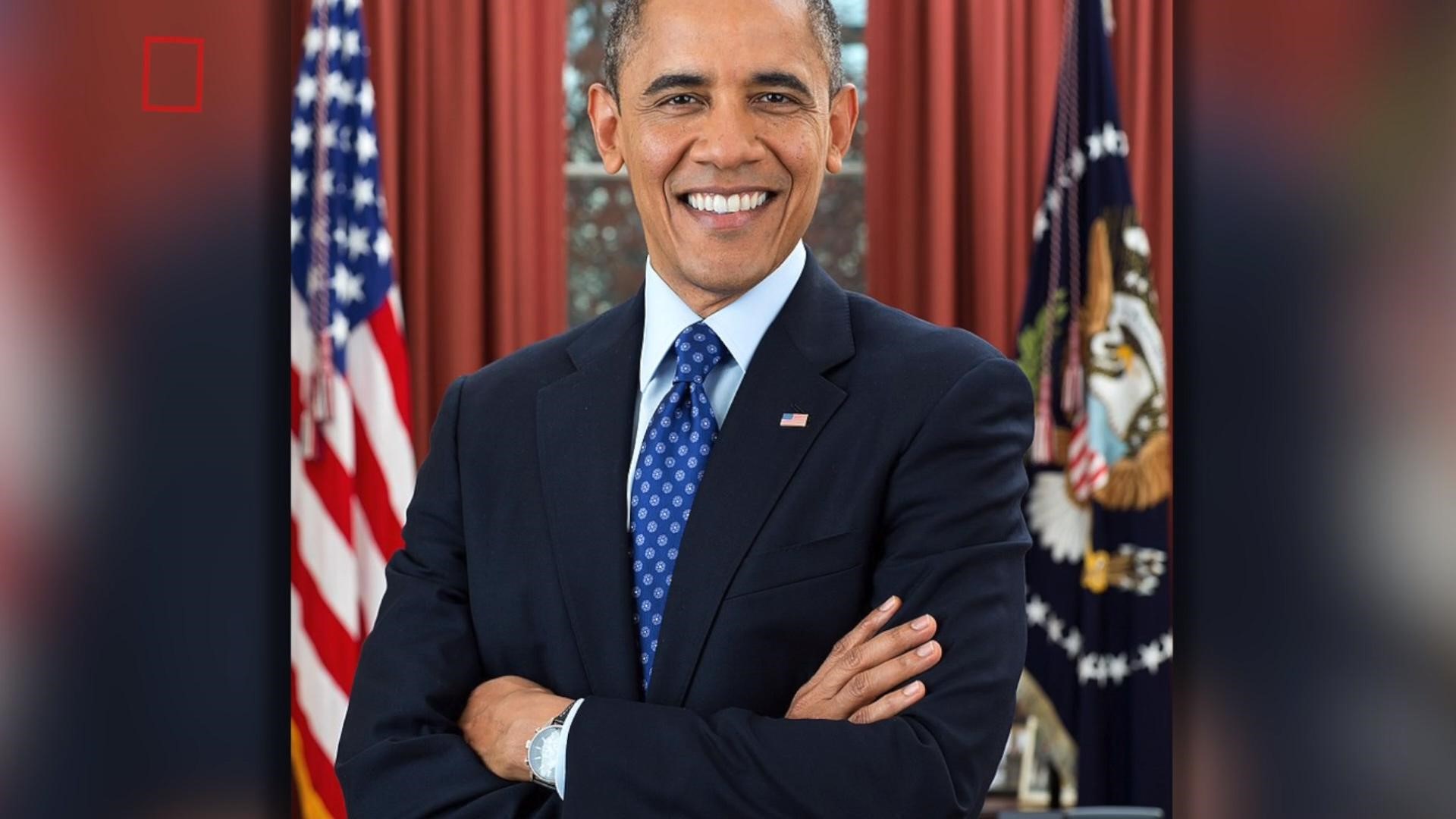 TEXAS TRIBUNE – The immediate fate of President Barack Obama’s landmark health care law is in the hands of a federal judge in North Texas — right where the state of Texas put it.

At the helm of a 20-state coalition, Texas sued the federal government in February to end the Affordable Care Act, known as “Obamacare,” arguing that the law is no longer constitutional after Congress gutted one of its key provisions, the individual mandate. In April, the state asked a U.S. district judge to block the law nationwide as the case works its way through the system.

After a deadline last week for parties to submit all their arguments, the judge could decide any day whether to let the law stand, block it in part or entirely, or to ask for more arguments from both sides. Experts predict a decision in the next few months.

It’s not the first time Texas has sued over Obamacare, but this attempt has several weighty advantages. One comes from Congress, which in December shrunk the penalty for not having health insurance to $0, putting the individual mandate on shaky legal grounds. Another may come from the judge, who has made news in recent years for ruling against policies pushed by the Obama administration. And, perhaps most importantly, this time Texas won’t face the U.S. Department of Justice: The Trump administration said in June that it agrees with certain features of Texas’ case and won’t defend the individual mandate, a relatively rare move that took many by surprise.

Texas’ real adversary, then, will be a counter-coalition of 16 states and the District of Columbia, headed by California. Those states argue the law is both constitutionally valid and critical for the health of their citizens.

“To roll back the clock and risk the health of millions of Americans is not only irresponsible, it’s dangerous,” California Attorney General Xavier Becerra said in a statement to The Texas Tribune. “We’re defending the ACA because no one wants to relive the days when you were denied critical care because of a pre-existing health condition or you could end up bankrupt because you took your ailing child to a hospital.”

Critics dismiss the lawsuit as politically motivated, a strike at the Obama policy dressed up as a constitutional challenge. Still, it’s hard to overstate the lawsuit’s potential impacts. A decision in Texas’ favor could do what scores of congressional attempts have failed to do: upend a health care law that touches all corners of the United States.

Tim Jost, an emeritus professor at Washington and Lee University who has studied Obamacare and its legal battles extensively, called the lawsuit a long shot, but emphasized that its impacts could be stunning.

Obamacare aimed to get more people insured by imposing a penalty, the individual mandate, on those who don’t have health insurance. Even in states like Texas that did not opt to expand Medicaid coverage to individuals who make slightly above the poverty line, the law has had major impacts, including by imposing new protections for individuals who buy their insurance through an employer or independently.

Since the law’s inception, conservatives have criticized it as government overreach and complained that it forced millions of patients to switch doctors, despite assurances from Obama that “if you like your health care plan, you can keep it.”

"Texas's lawsuit takes issue with Washington's unconstitutional control of the American healthcare system. Texans should be free again to make their own healthcare choices, including which doctor they want to see," said Marc Rylander, a spokesman for the Texas Attorney General's Office.

Texas still has the nation’s highest uninsured rate, but that rate declined significantly after major Obamacare provisions went into effect. Axing the law entirely would mean 17 million people nationwide would lose their insurance, according to an estimate from the Urban Institute, a nonprofit think tank based in Washington, D.C.

Ending Obamacare would mean ending the protections it provides for individuals with pre-existing conditions, who, under the law, cannot be denied insurance coverage based on illnesses like cancer or asthma, experts say. It’s among the most critical — and the most popular — provisions in the law. And it’s one Texas and the Trump administration both want to strike.

“The position [the DOJ] adopted is one that would do the maximum damage to what most people identify as the ACA’s reforms without completely screwing up the health care system,” Jost said. “It’s brilliant in its deviance.”

News that the DOJ wouldn’t fight Texas in the suit came as something of a surprise to legal experts, as the federal government defends laws passed by Congress in nearly every case. (The Obama administration, memorably, declined to defend the Defense of Marriage Act). The decision seems to have come in a rush and to have angered many career DOJ staffers; Joel McElvain, a senior career attorney, resigned shortly after the DOJ made its intentions on the lawsuit clear.

The question of “severability”

Texas’ argument hinges on the gutting of the individual mandate, which came last year as part of the Tax Cuts and Jobs Act. Years earlier, the U.S. Supreme Court upheld the individual mandate as constitutional by reasoning that it can be understood as a tax — a cost Congress is empowered to impose. But when Congress dropped that mandate to $0, Texas claims, the taxing argument fell apart — and with it must go the rest of the law.

The lawsuit turns on that question of “severability” — if that piece of the law falls, must the rest fall, too?

“Texans have known all along that Obamacare is unlawful and a divided Supreme Court’s approval rested solely on the flimsy support of Congress’ authority to tax. Congress has now kicked that flimsy support from beneath the law,” Texas Attorney General Ken Paxton said when he filed the lawsuit in February. “The U.S. Supreme Court already admitted that an individual mandate without a tax penalty is unconstitutional. With no remaining legitimate basis for the law, it is time that Americans are finally free from the stranglehold of Obamacare, once and for all.”

The individual mandate is the “engine of the car,” explained Rob Henneke, the top lawyer for the influential Texas Public Policy Foundation, which has lined up with Texas in the lawsuit. Henneke, who represents individual plaintiffs who joined the case against Obamacare, said that under the law, his clients have struggled to pay for coverage and been forced to give up access to their preferred physicians.

But Texas’ severability argument is a “massive stretch,” said Ilya Somin, a constitutional scholar at George Mason University who filed an amicus brief with the court.

“It’s plausible to argue that under the original version of Obamacare in 2010 the mandate was an indeed an essential part of the whole,” said Somin, a libertarian who said he is “no fan” of the law itself but is nonetheless highly skeptical of Texas’ argument. “It’s not plausible to contend that that is true today. … It must be severable because Congress itself decided to retain nearly all the rest of the law while effectively gutting the mandate.”

Scholars who favor and oppose Obamacare as a policy matter have lined up against Texas on the question of severability, Somin said. Joining them is the California-led coalition, which says the individual mandate stands: A tax, those states reason, can still be a tax even if it currently collects no revenue. And even if the court does kill the individual mandate, California argues, the rest of the law can be considered separately.

“A court ‘must refrain from invalidating more of the statute than is necessary,’” California argued, quoting a 2005 U.S. Supreme Court precedent.

And, the state argues, doing away with the law would “cause catastrophic harm to tens of millions of Americans.”

Those questions are now before U.S. District Judge Reed O’Connor, who is known in legal circles for his ties to the Senate majority whip, John Cornyn of Texas. O’Connor was widely rumored to be on Trump’s short-list for a promotion to a federal appeals court and could still get the nod in a future appointment.

And he’s ruled on health care issues before. In December 2016, he sided with Texas and the Franciscan Alliance, a religious hospital network, ruling that an Obama administration rule aimed at preventing discrimination against transgender patients could force doctors to violate their religious beliefs. This March, he sided with Texas in a case challenging the Health Insurance Providers Fee, a cost imposed on the states through Obamacare.

O’Connor is perhaps best known for blocking Obama-era guidelines directing public schools to allow transgender students to use bathrooms that align with their gender identity.

None of those decisions, of course, show how O’Connor will weigh the broader assault on Obama’s signature law. But some experts point to his record of siding with Texas and against Obama policies as evidence that he’s ideologically motivated.

“[Texas’] argument is so breathtakingly ridiculous that it’s hard to imagine any judge accepting it,” Jost said. “On the other hand, they hand-picked the judge.”

O’Connor is one of very few federal judges stationed in Fort Worth, and he is the only judge who hears cases in the Wichita Falls division, where the case was filed. That suggests that Texas chose to put the case in front of him in particular. Paxton has often sent high-profile cases to O’Connor’s courtroom.

Whatever O’Connor rules, it’s a “near certainty” that it’ll be appealed to the 5th U.S. Circuit Court of Appeals, Henneke said. That would put the case just one step away from falling before the U.S. Supreme Court, where it could be among the first tests for Trump’s second Supreme Court nominee, Brett Kavanaugh. An injunction blocking the law, in whole or in part, would likely speed the case’s path to the high court.

That decision, and its timing, is now up to O’Connor.

Go here to read this story as it appeared in the Texas Tribune.