Three teenagers created a personal safety phone app. With the click of a button, it can send your location and message emergency contacts and 911. 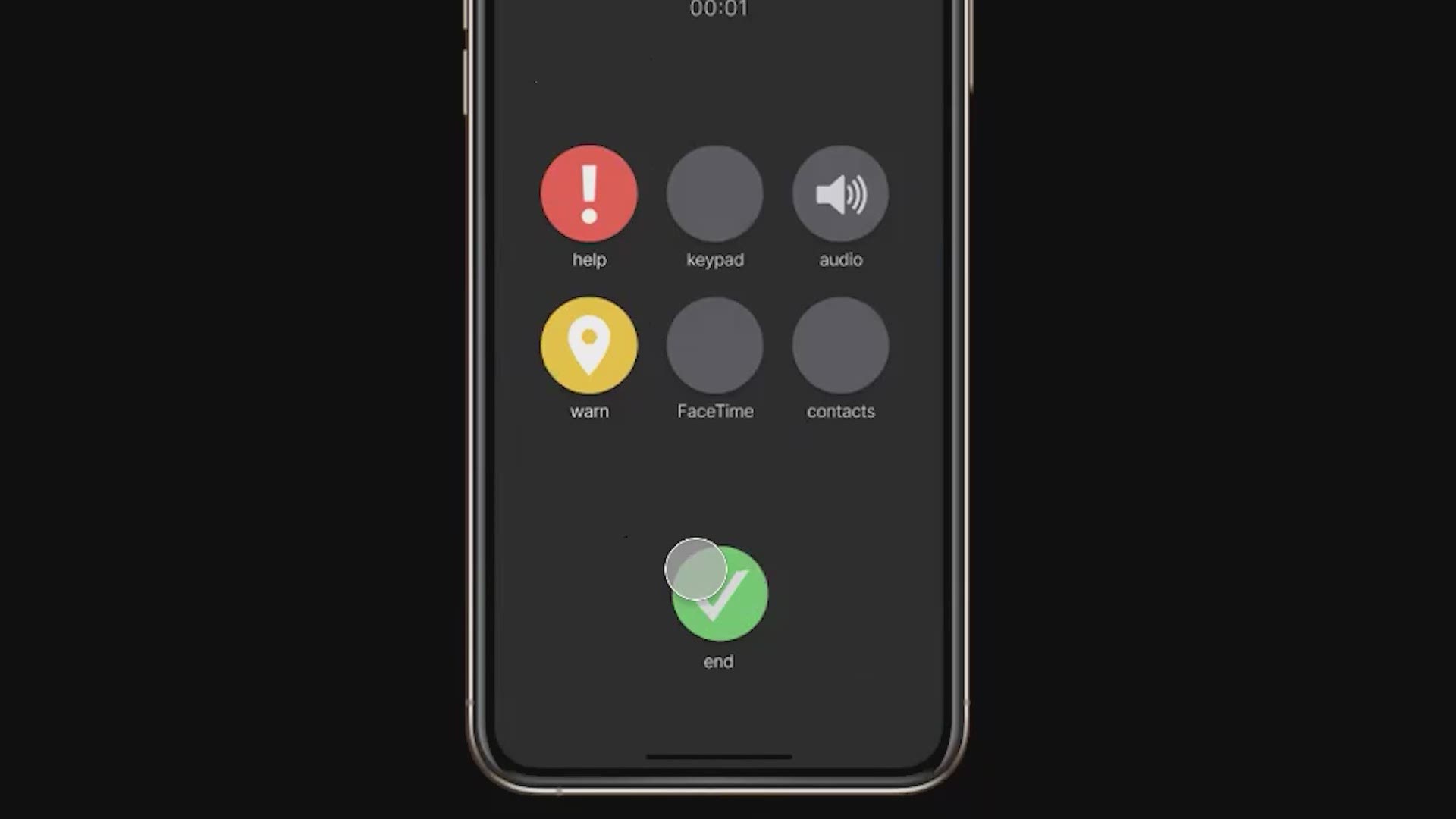 DALLAS — Harish Kolli, 16, of Austin, is an incoming junior in high school. He was scrolling through TikTok when he saw videos of fake phone calls, created to deter potential attackers.

It sparked the idea for Guardial, a phone application Kolli co-founded with two other teenagers across the country.

It's currently in beta testing, and the teens are looking for users to try it out before the planned launch in 2022.

The name is a mashup of "guardian" and "dial".

"The purpose is to give peace of mind to women, and to really anyone," said Kolli. "It's meant to try to prevent situations from happening."

Upon opening Guardial, there's a large "hold" button. Users can put their finger on the button and hold down. The screen turns black to keep it discreet.

When the user releases the button, it triggers the mock call. It's a personalized caller ID to deceive onlookers. Once the call is accepted, an optional male voice recording plays in a realistic conversation.

It looks just like a normal call screen would on a cellphone, but there are three buttons for users to pay attention to. The green button signifies the person is safe. The yellow button notifies emergency contacts of the location and sends an alert message. And the red button contacts emergency services.

Each user creates a unique pin that must be used to exit the call. This was created in case your phone is taken away by a perpetrator.

"It is so relevant and it resonates with so many people," said Ravi.

She and her family have been in situations where they wish they had preventative safety measures.

"Someone knows where I am," she said.

And hopefully, it helps when someone is alone and in potential danger.

If you are interested in testing the Guardial app before it officially launches, fill out this form.

In addition, this project was chosen as a finalist for the T-Mobile Changemaker Challenge.