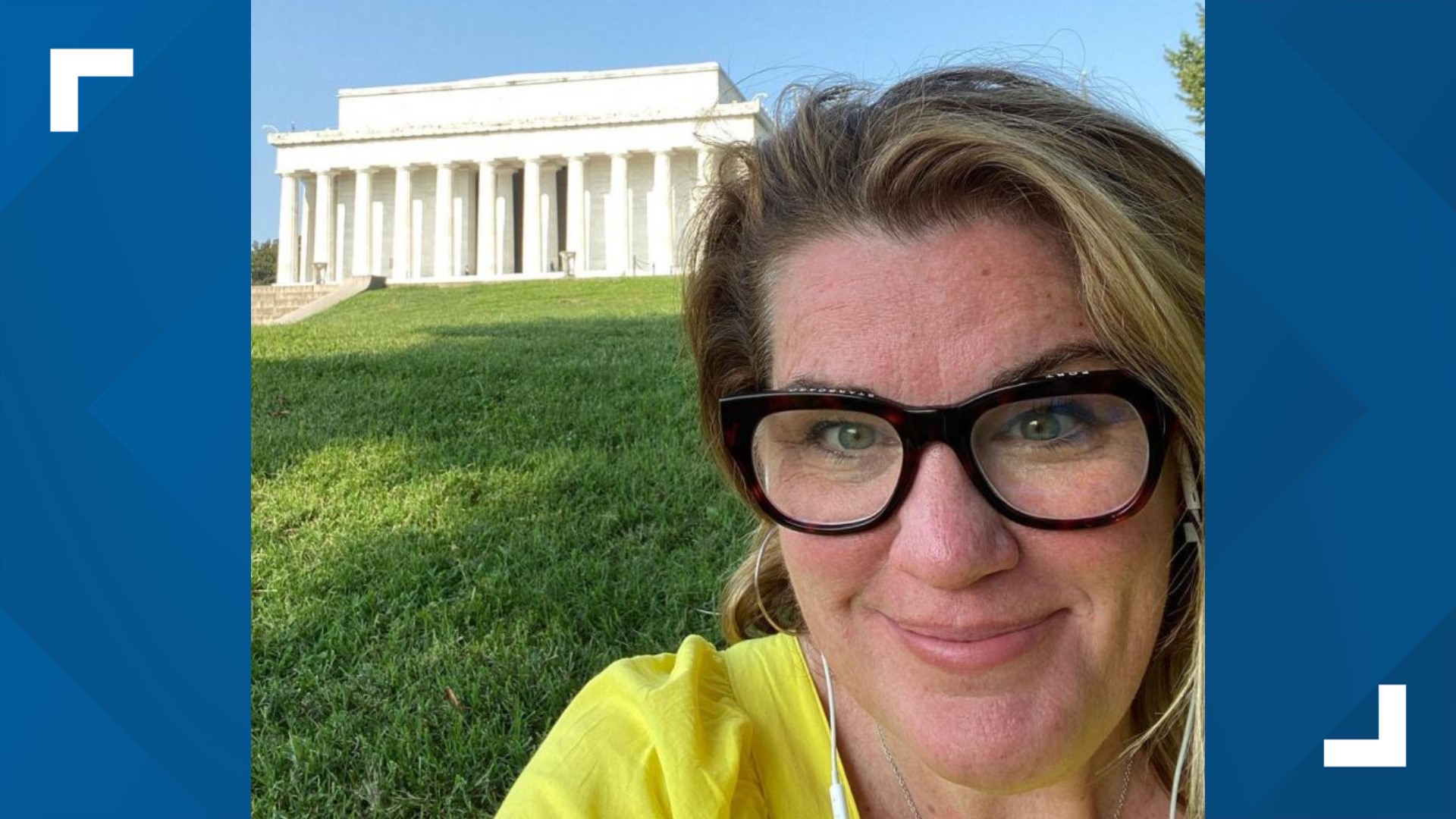 DALLAS, Texas — A U.S. history teacher from Austin is one of the few Texans to be honored during President-elect Joe Biden's inauguration ceremonies on Wednesday.

Cathy Cluck, who teaches 11th and 12th grade at Westlake High School, will be featured in Biden's virtual inauguration parade.

She was chosen to be part of the event after venturing on a 15-day road trip during the pandemic last August to teach her students from notable U.S. landmarks remotely.

"I was able to spin my laptop around for my class and say, 'Look y'all, there's the Washington Monument!'" Cluck said. "It was just a cool experience that I would never have been able to do during a normal year."

Traditionally, newly elected presidents lead a parade back to the White House after taking the oath of office on Capitol Hill.

They then end the day by attending multiple inaugural balls held throughout the nation’s capital.

COVID-19, however, has altered those events.

The virtual parade will include Americans and performances representing all 56 U.S. states and territories for the first time.

Instead of an inaugural ball, a primetime special called "Celebrating America" with musical performances from famous artists and messages from notable citizens will be held.

North Texan Sarah Fuller will speak during that program. As a kicker for Vanderbilt, the Wylie High School graduate became the first woman to play and score for a Power Five college football team.

The Kilgore Rangerettes will also perform during the inauguration parade.

Cluck couldn't believe she was chosen. She recalls getting an email from Biden's team and thinking it was a prank.

"I thought that my friends were just being funny," Cluck said with a laugh.

"Then I Googled who sent it and realized it was real."

She's the only educator highlighted in the virtual parade.

"It's not about me; it's about teachers in general. Teachers are so creative and so hard-working and have not given up," Cluck said. "This gives a spotlight to teachers across the country, so it's humbling."

RELATED: Dallas man works to honor his past by creating a path for kids' futures with scholar-in-residence program

The spotlight comes as Cluck continues a tough year of teaching during a pandemic.

When the school year started in August, Cluck was teaching remotely.

Instead of doing lessons from her home, she went on a road trip and taught from the very landmarks her studies revolved around.

"From the first English colony in Jamestown to Gettysburg to Washington D.C, to the Lincoln Memorial steps, I'm so lucky I could do it."

Cluck even visited the Lorraine Motel in Memphis, where she taught her students about Martin Luther King Jr.'s assassination.

Several sites highlighted times of division for the U.S. It reminded Cluck that America prevailed and is still standing today.

"Our democracy still held, and that gives me a source of hope even though some days have been really rough," Cluck said.

RELATED: What is the schedule for Joe Biden's inauguration?

Her answer fits well with the sights and sounds in Washington D.C. for Biden's inauguration.

With threats of violence and COVID-19 concerns being adhered to, Cluck said that a new president will take over and America will press on.