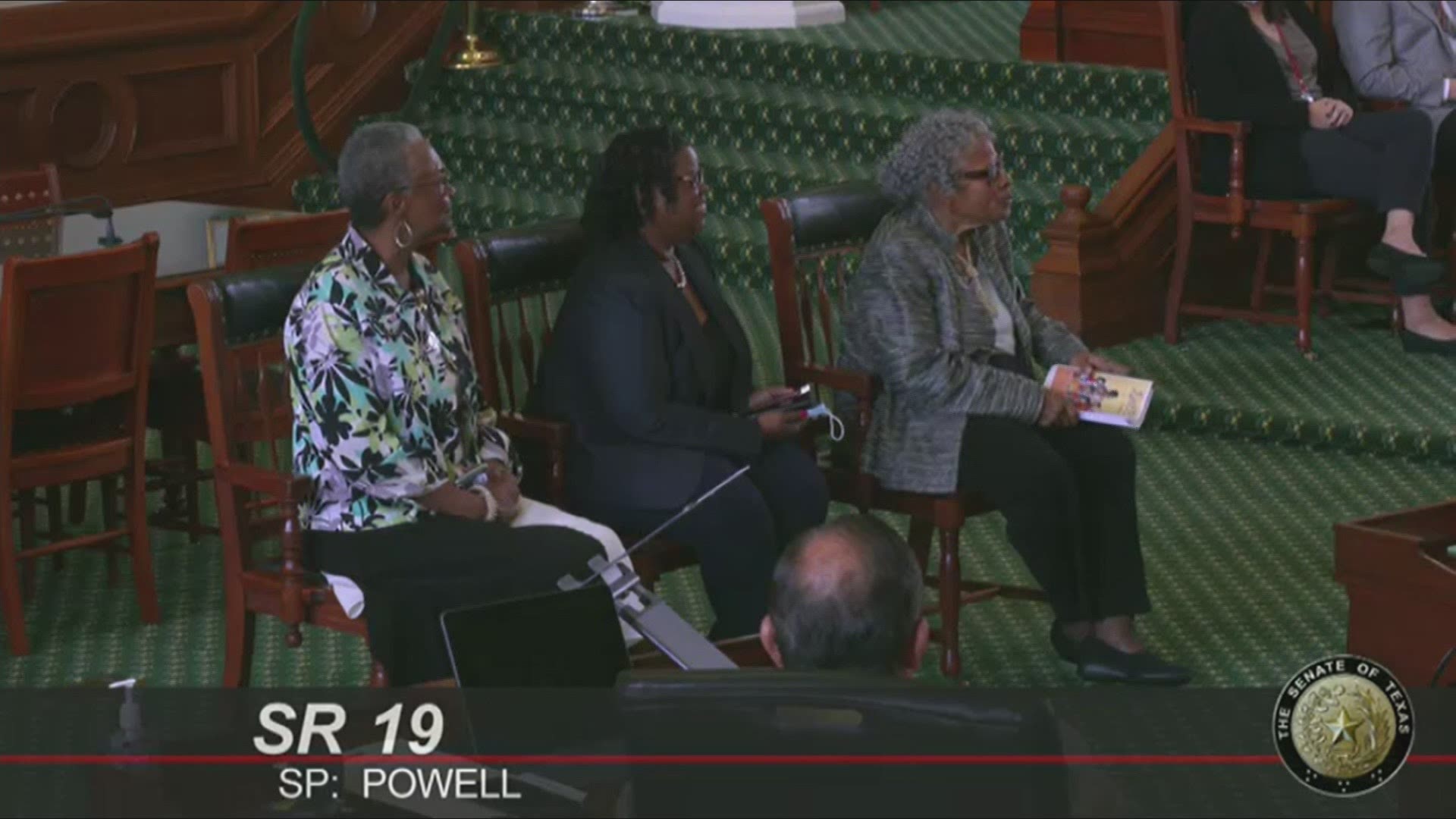 AUSTIN, Texas — Today, the State Senate honored a Fort Worth woman known as the “Grandmother of Juneteenth.”

Opal Lee sat with her family on the Senate floor as lawmakers recognized her mission to make Juneteenth a national holiday.

For years, Lee marched two and a half miles to raise awareness for her cause.

And it all paid off last month, when Juneteenth became a federal holiday.

Lee spent decades fighting to make Juneteenth a federal holiday, which marks the day that the end of slavery and the Emancipation Proclamation were officially recognized in Texas on June 19, 1865.

The Texas Senate commissioned a portrait of Lee, which will be displayed in the chamber.