UPDATE: Responding on Reddit Friday, Chris Suprun said he worked as a firefighter in Dale City, Virginia on September 11, 2001. But there's no listing for Dale City on his publicly available and comprehensive LinkedIn résumé. Dale City's station records state none of its members were part of the initial response to the Pentagon on 9/11. 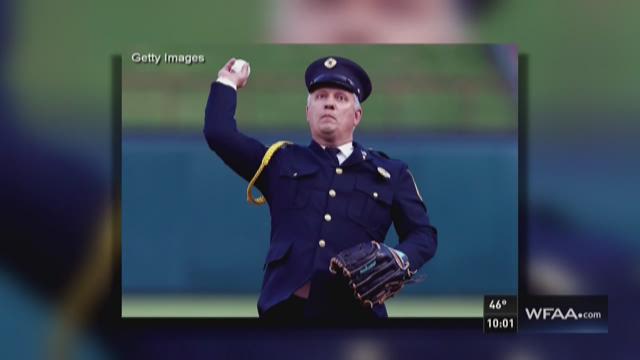 UPDATE: Responding on Reddit Friday, Chris Suprun said he worked as a firefighter in Dale City, Virginia on September 11, 2001. But there's no listing for Dale City on his publicly available and comprehensive LinkedIn résumé. Dale City's station records state none of its members were part of the initial response to the Pentagon on 9/11.

In September 2001, according to Suprun's LinkedIn résumé, he was employed by the Manassas Park, Virginia fire department. Suprun also does not list being a firefighter in Dale City, Virginia on a recent lengthy seven-page paper résumé, which WFAA obtained. Neither Suprun nor his public relations firms have responded to WFAA since this story was first published.

DALLAS -- The Republican elector who has gotten national attention for refusing to vote for Donald Trump at the Electoral College on Dec. 19 was apparently not a first responder on September 11, 2001 as he has stated for years and has a questionable career history, according to an investigation by WFAA.

Chris Suprun, 42, portrays himself as a heroic firefighter who was among the first on the scene after the third plane flew into the Pentagon on 9/11.

In a heavily-publicized editorial this month for the New York Times, Suprun stated that as a member of the Electoral College he will not cast his ballot for Trump because the president-elect “shows daily he is not qualified for the office.”

Suprun, a Dallas resident for more than a decade, even used his résumé to establish credibility in the Times piece, writing in the second paragraph: "Fifteen years ago, as a firefighter, I was part of the response to the Sept. 11 attacks against our nation."

He has founded a nonprofit called Never Forget and state records show he is a licensed paramedic -- but much of the rest of résumé, publicly available on LinkedIn, is questionable.

In addition, on at least two occasions over the last couple years at crowded Major League Baseball games, Suprun has been introduced as a 9/11 veteran before throwing out first pitches.

"He claimed to be a first responder with the Manassas Park [Virginia] Fire Department on September 11, 2001 and personally told us stories 'I was fighting fire that day at the Pentagon,’" said a first responder who knows Suprun and only agreed to speak about him if his identity was concealed.

"No, I was on a medic unit that day at the Pentagon and you make a phone call to Manassas Park and you find out that he wasn't even employed there until October 2001."

The City of Manassas Park confirmed to WFAA that it hired Suprun on October 10, 2001, one month after the 9/11 attacks.

The fire chief there added that his department never even responded to the Pentagon or any of the 9/11 sites.

"It's no different than stolen valor for the military; dressing up and saying 'Hey, I earned a Purple Heart' when you weren't even in combat.' There's a big difference between shopping at Old Navy and being a Navy SEAL," said the first responder who knows Suprun.

It shows he was, at the time this story aired on WFAA, a paramedic with Air Methods air ambulance service. But Christina Brodsly, a spokeswoman for that company, said he is not an employee there.

Suprun also claims to currently be a paramedic with Freedom EMS in Dallas. But records from the Texas Department of State Health Services indicate there's no such company. A firm with that name used to exist in Houston, but it went out of business in 2008, according to DSHS.

He never responded to multiple emails from WFAA and calls to his telephone go to a recording which says his voicemail is full.

Two public relations firms he has hired – Megaphone Strategies and Fenton Communications – responded to our requests for an interview saying: “Suprun's schedule is jammed packed.”

His story raises a bigger question, though. How are presidential electors chosen? And more importantly, aren't they vetted? Unfortunately, not. They are selected in an almost informal process that each party undertakes at their state convention.

"Parties might want to ask for a little more background information, do a little bit of checking into people who would like to be members of the electoral college,” said Matthew Wilson, a political science professor at SMU.

He suggested that Suprun’s case might change things four years from now.

"I think in the future there will be a little more vetting and scrutiny given to prospective electors only because there's been so much discussion in this cycle of the possibility of faithless electors," continued Wilson.

If Suprun isn't working at the places on his résumé, whose uniform is he wearing at public appearances? Manassas Park, VA said it looks similar to theirs from 12 years ago but could not positively identify it.

Texas electors meet Monday in Austin. It's uncertain who will get Suprun's vote. But as Suprun questions Trump's credibility fellow first responders have doubts of their own about his.