When Bobby Ahdiei was a freshman at Princeton, his resume was already impressive from a lifelong dedication to volunteerism. He was named a Point of Light in the earliest years of the program. 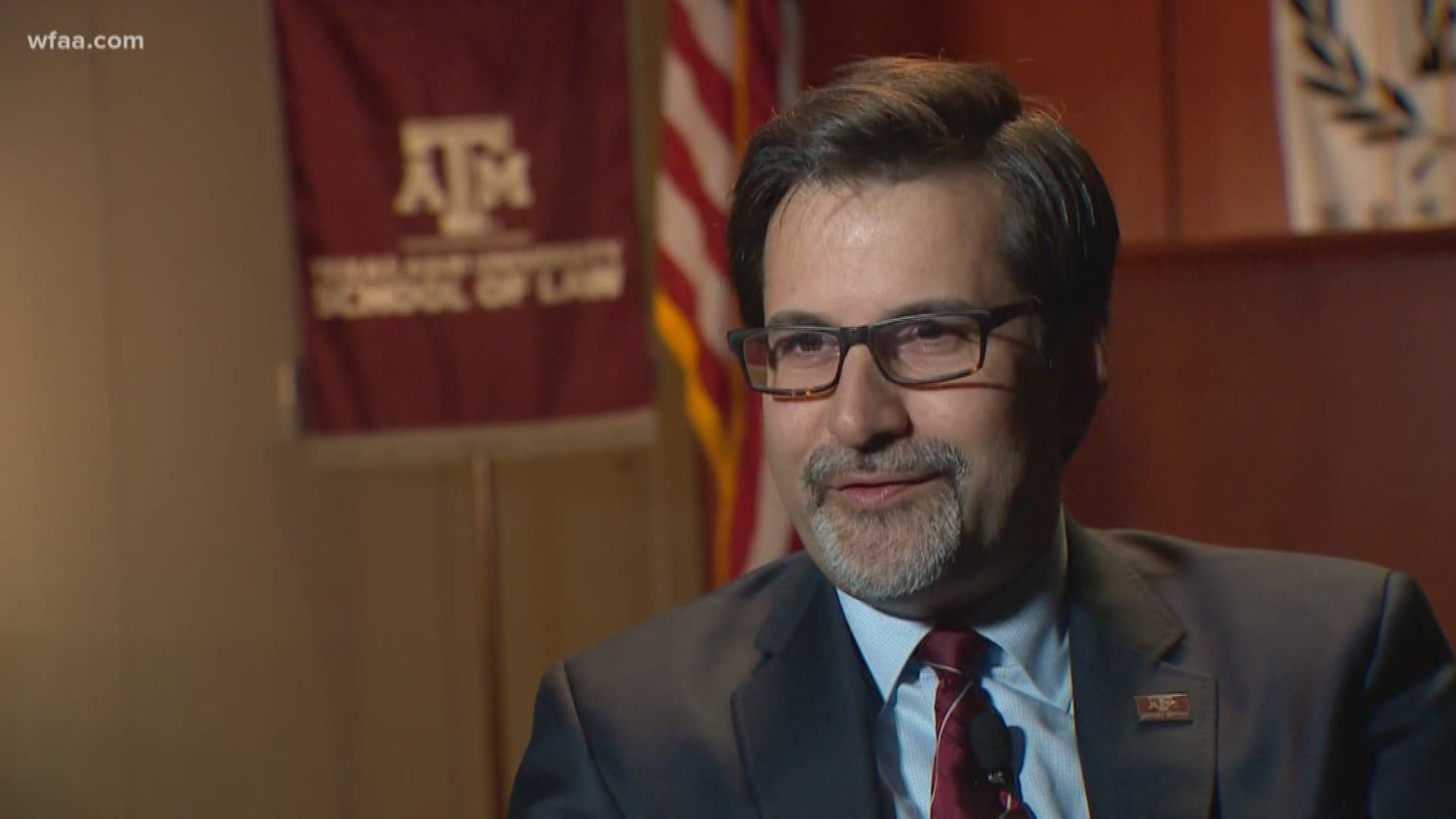 FORT WORTH — Watch an old George H.W. Bush campaign ad, and you hear it as theme.

“I will keep America moving forward, always forward - for an endless, enduring dream and a thousand points of light. It is my mission and I will complete it,” he said in a 1988 presidential campaign spot.

Watch his 1989 inaugural address and the same theme repeats itself.

“I’ve spoken of a thousand points of light, of all the community organizations that are spread like stars across the nation doing good,” Bush said on that January day almost 30 years ago.

Celebrating those who serve others was part of the former president’s DNA.

He launched the Points of Light initiative after taking office, and the White House soon began naming people a Daily Point of Light.

Bobby Ahdiei, dean of the Texas A&M University School of Law in Fort Worth, was one of the first people to be named a point of light in 1991.

“I was a college student – very distracted,” Ahdiei recalls of being notified of the designation. “I’m certain when the letter arrived it was just kind of exciting and surprising, like - 'I have an envelope from the White House! I’m sure I made jokes that I must be in trouble for something.' And then I opened it and found this recognition and nomination I received.”

“There was also a little bit of feeling of – 'Well I don’t really deserve this, I’m doing what I’m supposed to be doing, regardless.'"

A congressman from Ahdiei’s native New York sent a letter to the Points of Light program nominating Bobby when he was a freshman at Princeton. Even at that young age, he’d already proven himself to be a tireless volunteer.

“As a freshman in high school, with the aid of his elder sister Linda, Bobby organized the Peace Committee,” read the letter, which also noted service work on an Indian reservation, tree planting and volunteering with senior citizens as well as volunteering in Israel and the Soviet Union.

“I was raised very much as a matter of my religious upbringing and my familial upbringing with a focus on service to others,” Ahdiei said. “A commitment to that was what a good life entailed.”

“I think of [service] as sort of a fundamental window into our character as a nation.”

Ahdiei is now part of the Texas A&M University system, home to the school Bush grew to love. It is where Bush chose to build his presidential library and museum and a school of government that bears his name.

It is also where Bush will be buried on Thursday.

“I feel a sense of kinship because he is not someone who was born to Aggie culture by any stretch of the imagination – nor am I,” Ahdiei said. “I can see why President Bush would see and feel a connection to an institution that is very connected to public service and whose core values of excellence, service and integrity resonated very directly with the values he manifested in his life.”